Back in 2014 I reviewed a dismally bad 1956 Johnny Carpenter movie I Killed Wild Bill Hickok (click the link for that) and the other day I wrote about a 1953 Carpenter/Ed Wood Z-Western, Son of the Renegade. Click the link for that one too. Well, the following year, 1954, they tried again.

Ed Wood is perhaps now the most famous of the Z-movie makers, largely because of Tim Burton’s 1994 biopic with Johnny Depp as Wood. Wood’s films passed through ‘cult’ status into their current almost mainstream existence as ‘so bad they’re good’. Edward Davis Wood Jr (1924 – 78) was a bizarre character, a decorated marine, transvestite, alcoholic and apparently completely talentless in his chosen professions of director, writer and producer. As far as Westerns go, he was probably involved in various capacities in seven, in the 1950s and 60s. I say probably because his participation in many projects was shadowy at best. 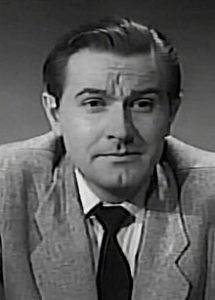 He seems to done some stunts (uncredited) on the Samuel Fuller Lippert picture The Baron of Arizona in 1950; he co-wrote with Johnny Carpenter Son of the Renegade in 1953; that year too he directed, produced and wrote an early TV movie, Crossroad Avenger: The Adventures of the Tucson Kid; he co-produced The Lawless Rider in 1954, today’s review; and wrote Outlaw Queen in 1957, Revenge of the Virgins in 1957, and Gun Runners in 1969. These were all, except the first, minimal-budget pictures and the writing, production and direction on them are universally abysmal.

By the by, Carpenter loved horses and made his ‘Heaven on Earth’ ranch available for handicapped children to come and spend a day with the animals and enjoy the mock Western town that served as the ranch’s backdrop. So full credit to him for that. The ranch began in the mid-1940s and ran until Carpenter was evicted in 1994. 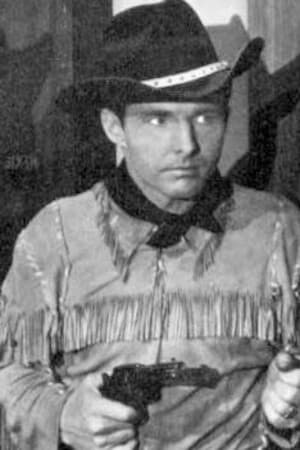 The Lawless Rider was directed by Yakima Canutt. The great rodeo star and stuntmeister often acted as second-unit director and he also often appeared as a heavy in B-Westerns, for example those 1930s Lone Star/Monogram ones with John Wayne. In fact The Lawless Rider closely resembles those pictures: it’s very old-fashioned for 1954, or perhaps deliberately retro. It’s difficult to know if they wouldn’t or couldn’t make a 50s-style one. Yak directed quite a bit but always B-movies, usually co-credited with other directors, the likes of Spencer Gordon Bennet. He only helmed five pictures with sole credit. If the others were as bad as this one I’m afraid it’s not a stellar directorial career. 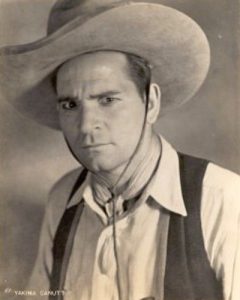 It was shot on a $20,000 budget and the acting is wooden even by 1930s second-feature standards. They all just stand there and say the lines they have dutifully learned. Those lines were credited to Johnny, and utterly plodding I’m afraid they are. I don’t think the best actor in the world could have done much with them. In fact, it seems that Wood co-wrote. Carpenter later said:

“We were writing The Lawless Rider in [Ed’s] house at Riverside Drive and Victory Boulevard. Ed did everything. He was writer, production assistant, helped get people for me. We worked for each other for nothing. He would write a line of dialogue, and I would tear it up and throw it away. His dialogue was a little bit too perfect. The choice of words was not correct for the frontier.” So how much of the screenplay was Wood and how much Carpenter is a moot point. In any case, actor Henry Bederski once said, “Johnny Carpenter couldn’t write a story to save his life” and Wood’s own writing talents were equally absent, so it was academic. We were bound to get a lousy script either way. 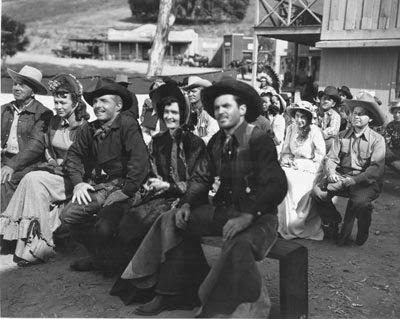 The picture was shot by Wood/Carpenter favorite cinematographer William C Thompson (in black & white, of course) up at the Iverson Ranch. There are no noteworthy scenes or views.

It has the hackneyed plot of undercover lawman (Johnny) going to a town treed by ruthless boss Frost (Kenned Duncan, small parts in 166 feature Westerns 1934 – 60, almost always as the lowlife). Frost wants to get his hands on the ranch of the fair Rose Bascom, Johnny’s ex, and will stop at (naturally) naught to get it. He hires a feared gunslinger all in black as henchman, Rod Tatum, and Johnny impersonates said Tatum, which is a bit awkward when the real Tatum (also played by Johnny) turns up. Getting one actor to play three parts was of course a neat way of saving budget. 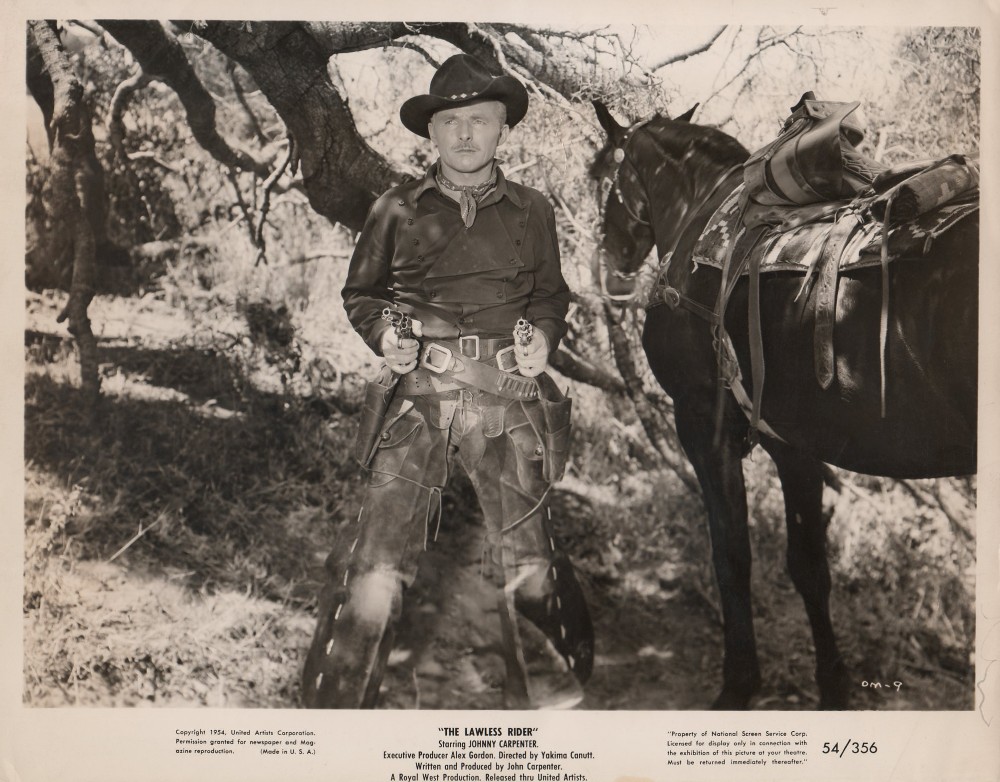 There’s quite a bit of dynamite and a good deal of that old-style gallopin’ as the good guys chase rustlers while firing their pistols in the air. There are three songs, by Hank Caldwell and his Saddle Kings, and a trick-roping display (that goes on too long) by Ms Bascom, who was known as ‘Texas Rose, Queen of the Trick Ropers’. There’s quite a lot of Bascomery, in fact. Her husband Weldon, the associate producer, and his brother both appear. They were apparently the sons of a real-life Utah lawman. Probably the ‘best known’ members of the cast were Noel Neill and Frankie Darro. Neill, who portrays a newspaperwoman whom town boss Frost wants rid of, was best known as Lois Lane on The Adventures of Superman with George Reeves. Darro, who plays the punkish kid brother of Texas Rose, the sort of role Skip Homeier patented in better Westerns, with a revolting snigger as a laugh, was a former child star and stuntman/character actor. Probably it was the lines they had the misfortune to have to deliver but even they come across as lousy actors.

Prominently billed is Johnny’s mount ‘Skipper, the Fastest Horse in the Movies’.

The climactic fight is badly staged as we have no idea who’s being shot or doing the shooting. All the characters look the same so whether they are goodies are baddies is a mystery.

There’s much use of stock footage lifted from other pictures (an Ed Wood trademark).

In all honesty, the whole thing is eminently skippable and you will not be the poorer spiritually if you never see it. At least it’s only 62 minutes so the pain is soon over. 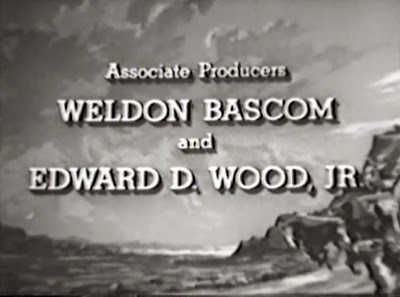