A Joe Kane meller of the late 40s

Brimstone was a late-40s Republic Western produced and directed by Joseph Kane, and as such was hardly destined to stun the world with artistic greatness. Furthermore, the writing (Thames Williamson from a Norman S Hall story) was distinctly clunky, and the word corny even hovers on the lips. But the picture was in Trucolor, whose tints have faded now to a rather attractive blueness, and it did feature a pretty darn good cast, for an oater. 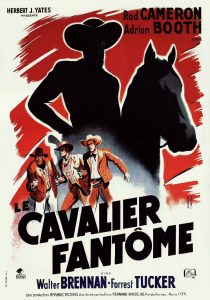 The lead was Rod Cameron. We were talking about Rod the other day, and in ’49 he was on the up, having had some success with The Plunderers and Panhandle the year before. He wasn’t a top Western lead of the day like, say, Randolph Scott or Joel McCrea, but he was tall ‘n’ tough, and did pretty well. 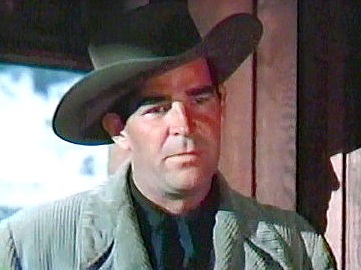 Backing him up was Walter Brennan, as the villainous outlaw Pops Brimstone. Brennan, a much better actor than many gave him credit for, was definitely on a Western high, having done the great Red River in 1948 and then the excellent noir Blood on the Moon the same year as Brimstone. 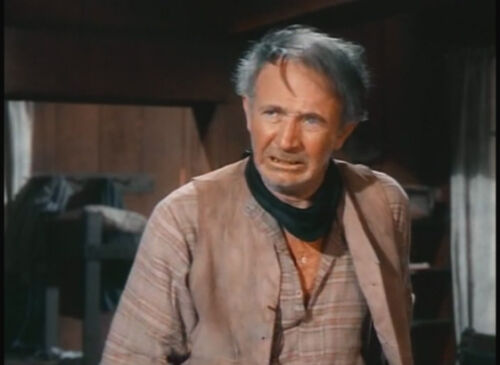 In Brimstone he is a tyrannical and bullying paterfamilias (def referencing his Old Man Clanton in My Darling Clementine) with lowlife sons, and these louts are played by Republic regular Jim Davis as the sly one, excellent baddy Jack Lambert as the dumb one and James Brown (no, not that one, the Rin Tin Tin one) as the less evil one, who is trying to go straight.

The leading lady was Lorna Gray, then being billed as Adrian Booth. Ms Gray/Booth, Mrs David Brian, had done quite a few lower-budget Westerns at Columbia when he was on contract there and had been a regular in Republic oaters since 1941. For example, she had done The Plunderers in ’48, another Kane/Cameron outing. She’d reunite with Kane and Cameron in Oh! Susanna soon after, which we reviewed recently.

Then you have Forrest Tucker as a crooked sheriff with Guinn ‘Big Boy’ Williams as his ever-hungry deputy,  Jack Holt as the visiting US Marshal, Will Wright as the opinionated and dogmatic newspaper editor, Hal Taliaferro as a Brennan henchman, Charlita doing a dance in the cantina, Hank Bell’s mustache (with Hank Bell attached) as the stage’s shotgun guard, and many more familiar faces in bit parts. Come on, that’s not a bad line-up, don’t you agree? 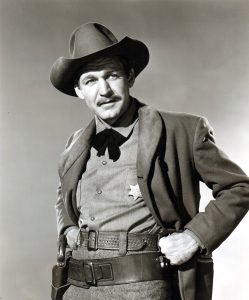 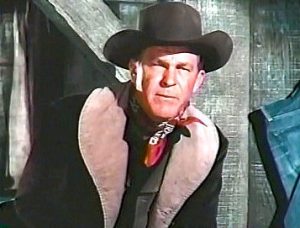 It was shot by Republic stand-by Jack Marta in some nice Lone Pine locations and there’s interesting dark contemporary music by Nathan Scott to add to the atmosphere. I don’t know what the budget was but it was not an entirely cheapjack affair. Mind, there’s some footage cut in here and there from other films which doesn’t quite match, so I don’t think the budget was exactly stellar. In many markets, such as France, it was released in black & white.

As for the plot, well, that isn’t quite so high-quality, and there’s rather too much of it. Actually, at 90 minutes the picture probably needed trimming. I wouldn’t say it drags exactly but there are moments when you kinda wish they’d get on with it.

Brennan & Sons commit four crimes in the first eleven minutes’ runtime, rustling a herd and murdering the cowhands, holding up a stage, robbing a homesteader and then having a go at the bank. They don’t dilly-dally when it comes to law-breakin’, I can tell you.  The sheriff is useless (well, he’s in the pay of Pops and gets a 25% cut of all their takings) and the US Marshal (Holt) has been sent for but is yet to arrive. Then another brigand appears on the scene, and rapidly gets the name of the Ghost, because he disappears without trace after each robbery and can never be found. He’s only ever seen in deep shadow but his voice does sound remarkably like Rod’s, and we have a sneaking suspicion who it might be. In fact it’s blindingly obvious. 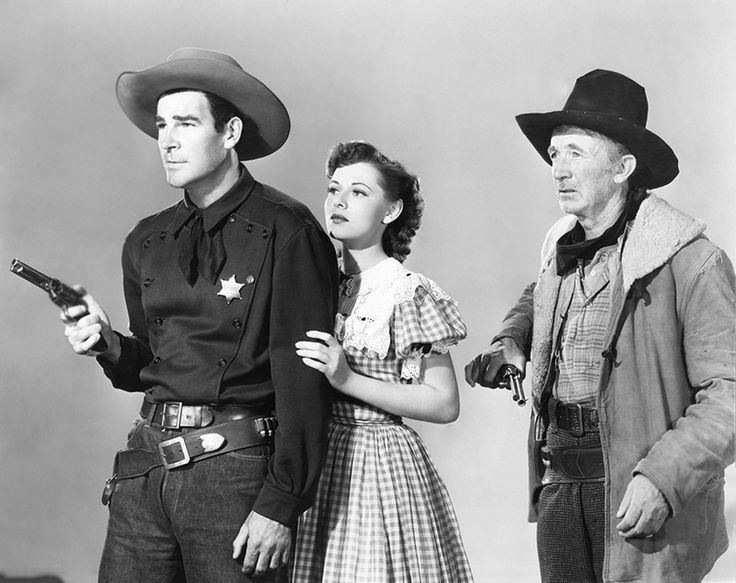 Rod gets made a deputy and you can tell he’s really an undercover law out to get Pops and his gang. The Ghost business is just a blind, we later learn (as if we hadn’t guessed). With an hour and a half, there’s room for mucho skullduggery and many comings and goings, not to mention thickenings of the plot, and there’s plenty of dry-gulching, with horse chases and shoot-outs. So that’s quite satisfactory.

Then of course the bad guys inevitably perish in the final reel, Brennan last, before all the other characters lived happily after.

Erick Maurel says the picture “est un divertissement sans ambitions, idéal pour un après-midi pluvieux, aussitôt vu aussitôt oublié mais pas dénué d’un certain charme à condition de ne surtout pas trop en demander, ” which is about right. Really and truly, if you never saw this Western you would not be a spiritually poorer person. I mean you could skip it without suffering heart-breaking loss. But on the other hand, if you did watch it you’d enjoy Lone Pine and the cast. Brennan was on especially good form.

Let me take this opportuntiy to wish all my readers a merry festive season. May you both have a happy and healthy 2023. 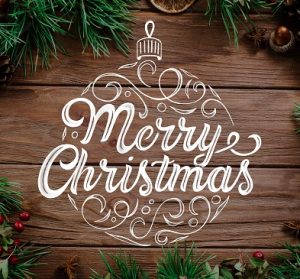