By the early 1930s, the great Tom Mix was in his fifties, stocky and endearingly plug-ugly, and though he did several talking pictures for Universal 1932/33, he was not finding the transition from silent movies easy. He had broken teeth in so many stunts and he never really mastered dentures, which sometimes clacked as he talked, and when you hear him saying his lines you realize he never really mastered that either. His delivery might best be described as ponderous. Tom is certainly better remembered for his silent-movie days. He would quit the film business after the 1935 serial The Miracle Rider, a big hit for lowly Mascot Pictures which grossed over $1 million, though Tom only earned $40,000 from it. Tom would then tour with the Sells Floto Circus and his own Tom Mix Circus.

Never mind, he was still Tom Mix, one of the very greatest, and even at 53 he was still doing his own stunts. Along with the successful Destry Rides Again the same year, My Pal, the King made good money too. And it’s really rather charming.

It co-starred Mickey Rooney, only 12 but already a veteran in his 60th film (after all those Mickey McGuire shorts). He is the boy king of Alvonia, which is suffering under the vise-like grip of the ruthless prime minister, Count DeMar (James Kirkwood, who began Westerns under DW Griffith in 1909 and would go on doing them until Two Rode Together for John Ford in 1961). Tom Reed (Mix) is visiting the country with his Wild West show and he befriends the boy, who is besotted with Westerns, teaches him the all-American values of life, liberty and happiness (he skips over the pursuit part) and then saves the lad’s life from the dastardly count’s attempted coup, thus ensuring that Alvonians will live thenceforth in peace and prosperity. Tom also teaches His Majesty some useful Western slang. 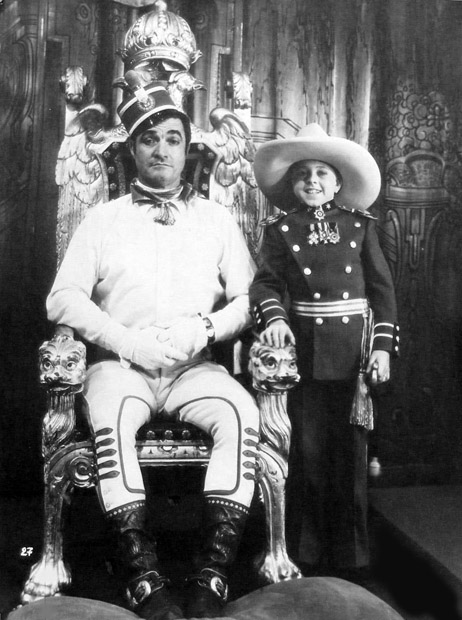 Anthony Hope’s The Prisoner of Zenda had been published in 1894 and remained hugely popular. Silent movies were made from it in 1913, 1915 and 1922, and the talkie with Ronald Colman would come out in 1937. Central-European courtly skullduggery entered the lexicon of myth as readers and viewers thrilled to wicked chief ministers undermining well-meaning royals in a land of castles and fancy uniforms. My Pal the King certainly tapped into that. In 1931 Fox’s Ambassador Bill had His Excellency Will Rogers teaching homespun American virtues to the boy king of a small country which is being convulsed by political intrigue.

The picture was directed by Kurt Neumann. He’d been born in Bavaria and maybe he had fond memories of European derring-do from long ago – as indeed perhaps studio boss/producer Carl Laemmle did. He’d been born in the then Kingdom of Württemberg. Neumann would probably be best remembered for his cheapo sci-fi Rocketship X-M and horror The Fly in the 1950s but he started directing in the early 30s (My Pal, the King was one of his first features at the helm). He only did ten Westerns, not a great number over 25 years. His biggest were probably The Kid from Texas with Audie Murphy and Cattle Drive with Joel McCrea in 1950 and ’51. But My Pal, the King rattles along well enough.

The assistant was Phil Karlson, future director of They Rode West, Gunman’s Walk, etc. My Pal and Destry were his first two gigs.

There’s a great climax when Tom’s united cowboys and Indians (led by Black Cloud, played by the great athlete Jim Thorpe) assail the castle where the boy king has been imprisoned, and the sabers and 1920s rifles of the helmeted soldiers (who look very like the Kaiser’s) prove no match for the Wild West six-guns, lariats and tomahawks of the attackers. 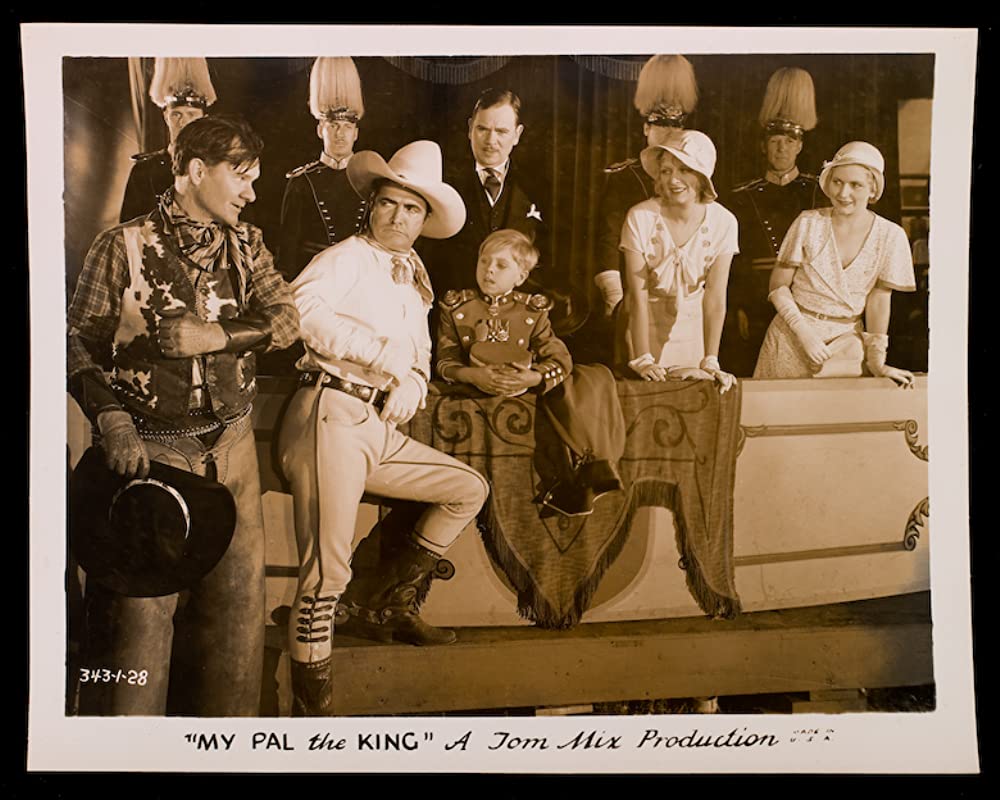 A lot of it was shot using the Notre Dame de Paris cathedral exterior built for Universal’s The Hunchback of Notre Dame of 1923. The budget was a healthy $95,521.

The picture was well received, even if Mordaunt Hall in the New York Times was rather shocked that a crowned head had been shown in his shirtsleeves.

My Pal, the King is one of my favorite Tom Mix Westerns. Of course, tragically few have survived. His greatest days were at Fox in the 1920s and the very best of Tom is to be seen in those Fox films that are still extant, such as Sky High, The Great K & A Train Robbery or Riders of the Purple Sage. See index. But My Pal, the King is very endearing, Rooney is excellent and Tom still had it. A must-see, pards.