I enjoy the writing of Johnny D Boggs. He’s especially good on comparing and contrasting fact with fiction in the West, a theme to which this blog turns now and again, as both readers may have noticed, and I particularly like his books Jesse James in the Movies and Billy the Kid on Film. In fact I have ruthlessly plundered them for some of my reviews. He has written much otherwise, including two Golden Spur-winning yarns, the novel Camp Ford and the short story A Piano at Dead Man’s Crossing. His tales are well researched and based in fact and they often fall into that hybrid genre of faction. Such a one is Northfield, a 2007 novel which I have just read, that tells the story of the James-Younger Gang’s raid on the Minnesota town in September 1876 and its aftermath. 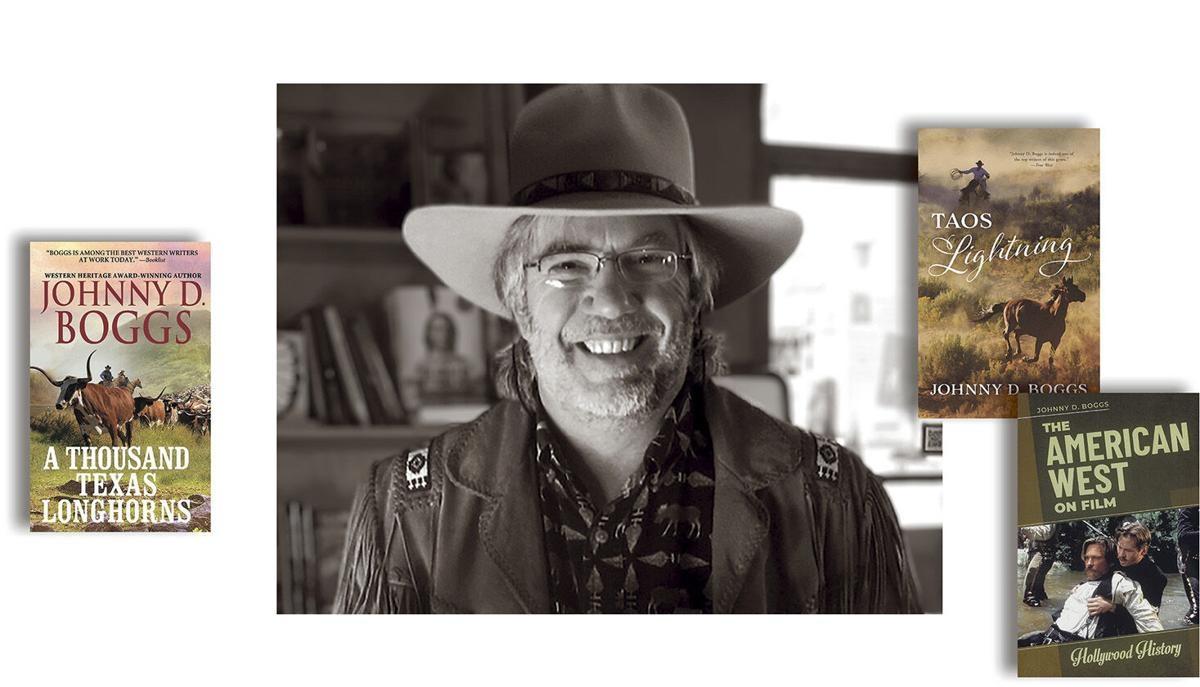 It’s available cheaply (and above all instantly) on Kindle and it’s an enjoyable and interesting read which I can recommend. 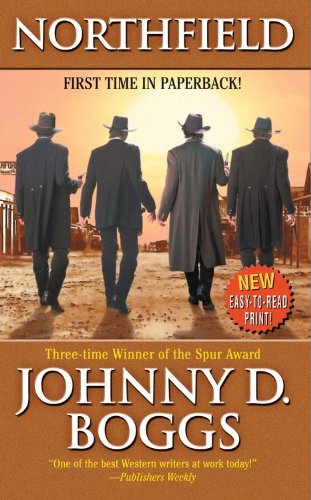 The assault on the First National Bank has become a key element of the Jesse James myth as recounted in Western movies. Sometimes, as in The Great Northfield, Minnesota Raid (Universal, 1972, click the link for our review) it becomes the main subject of the film, while other times, e.g. in Fox’s The True Story of Jesse James in 1957, or The Long Riders in 1980, it is a major element of the plot. And the opening of Sam Peckinpah’s The Wild Bunch in 1969, a failed and bloody attempted bank robbery, was clearly based on Northfield. In historical reality, bank robberies were incredibly rare in the ‘Wild West’, disappointing as that may be to Western fans, for whom it would hardly be a Western without one.

As we said in our riveting post Bankers and bank robberies:

In 1991 Larry Schweikart and Lynne Doti published a detailed study which included every state west of the Missouri/Minnesota/Texas line, specifically, Arizona, California, Colorado, the Dakotas, Kansas, Idaho, Nebraska, Nevada, New Mexico, Oklahoma, Oregon, Utah, Washington, and Wyoming, between 1859 and 1900. There were a few famous bank robberies in these places and at this time, such as those of the James-Younger gang or Butch Cassidy & Co, but you could almost number them on the fingers of one hand – two at the most. “The record is shockingly clear: there are more bank robberies in modern-day Dayton, Ohio, in a year than there were in the entire Old West in a decade, perhaps in the entire frontier period!”

That’s as maybe. It doesn’t stop bank raids, especially the Northfield one, exercising a hold on the Westernista’s imagination.

It’s one of those stories told in the first person by various participants and witnesses, so we get different perspectives. It opens with a prologue and closes with an epilogue by Cole Younger, who, as we know, survived the raid (just) and after his release from a long prison sentence lived to write his (self-serving) autobiography, Cole Younger, by Himself, which we have reviewed, and which Mr. Boggs has clearly perused, as he has obviously studied the other sources.

Bill Stiles aka Chadwell takes up the narrative (“Minnesota was my idea, which Jesse took to like a catfish to stink bait”). We’re still at the planning stage.

And as the raid progresses, other participants will have their say, including some who did not survive, so I’m not quite sure when they wrote their chapters, Clell Miller, Charlie Pitts, Jesse James, brother Frank, a couple of Youngers, and then lawmen, bank employees, townsfolk and various persons the gang meet on their way to Northfield or in retreat afterwards.

We get to the fight at Hanska Slough and the end of the affair.

The facts are quite well known (this is far from the first book on Northfield) but they are recounted well and filled out with imagination. Sometimes the author goes for a dialect or accent, a Minnesota Swede or an Irish policeman, not altogether successfully, but most of the tale is told ‘straight’, if peppered with Western vernacular. That’s fine.

I enjoyed it anyway, and learned quite a bit. Have a read, why not?