Better than a dead fish

.
Better than a dead fish 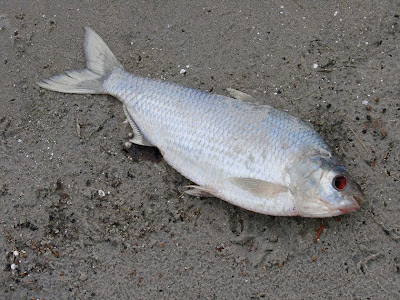 Reviewing yesterday Law of the 45s, a clunky but fun old 30s second feature with Guinn ‘Big Boy’ Williams beating ornery bushwhackers with his fists and Colts, was a kind of celebration for me.
.

.
From one point of view, I guess, that’s a dreadful waste of what little time we are granted on this planet. If you average out film length as maybe 90 minutes, add in the time it takes to tap out a review and maybe factor in how long it took to buy the DVD (not to mention the hours required to open the new DVD boxes), then 300 films has to represent 24 hours a day for 3 weeks.
.

.
But on the other hand, people spend that on hobbies. They spend that making galleons out of matchsticks. They spend that sticking stamps in an album or even sitting on a river bank with a fishing pole, for goodness sake. And what have they got when they have finished? A matchwood galleon, a book full of stamps, a dead fish.
.

.
And to think that 300 Westerns represents a tiny proportion of the Westerns that have been made. Cinema.com quotes 500 of the best Westerns (not a very good selection, by the way). The IMDb website lists no fewer than 11,245 Westerns. Jeez! Eleven thousand? That’s probably about sixteen thousand hours’ worth (many were early one- and two-reelers). Watching and reviewing that lot would require 2100 days if I did nothing else for 8 hours a day. Including Christmas. That’s six years.
.

.
I think I may have bit off here more than I can chaw.
.

.
Of course, looked at positively, I have seen and reflected on some of the greatest epics of cinematic history. I’ve reviewed some fine works of art like Red River or The Treasure of the Sierra Madre. I’ve seen the most famous examples of the genre such as High Noon and The Magnificent Seven. I’ve followed series of films by great directors like John Ford and Howard Hawks. I’ve seen pictures photographed by masters like James Wong Howe and Lucien Ballard. I’ve enjoyed intelligent dialogue by such screenwriters as John Huston and David Webb Peoples, based on stories by Elmore Leonard and Luke Short, and delivered by actors of the caliber of Henry Fonda and Gary Cooper. I’ve enjoyed music by Elmer Bernstein and Dimitri Tiomkin.
.

.
And you don’t get that building galleons.
.

.
And I have thrilled and laughed and admired and just had a hoop-daddy of a time. Thank the Lord there are still 10,945 Westerns still to see and review.
.

PrevPreviousThe Law of the 45s (Normandy Pictures, 1935)
NextDeadwood ’76 (Fairway, 1965)Next
Jeff Arnold © 2022 – All rights reserved – Designed by BetterCallChris
Scroll Up