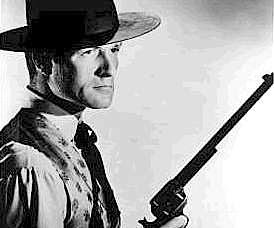 .
One thing that every Western fan ‘knows’ about Wyatt Earp is that he used a long-barreled pistol called a Buntline. I remember being fascinated by this gun as a boy, watching the TV show The Life and Legend of Wyatt Earp. Leaving aside the (now) obvious Freudian implications for the moment, the Colt Special has exercised a fascination for years on small and not-so-small boys. Perhaps it’s a kind of Western Excalibur: a great hero needs a special weapon. 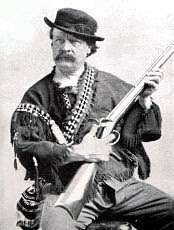 Ned Buntline
.
The story goes that Ned Buntline, the dime novelist, had five such specials commissioned from Colt’s. They were Colt Single Action Army Revolvers chambered for a .45 Long Colt cartridge, with extra-long 12-inch (300 mm) barrels. They had detachable shoulder stocks and the idea was to turn a handgun into almost a carbine. The walnut handle of each gun had the word Ned carved in the wood.
The five lawmen said to have received the gifts were Wyatt Earp, Bat Masterson, Bill Tilghman, Charlie Bassett and Neal Brown – Dodge City peace officers. Ned Buntline presented them in gratitude for their work and their contributions to his Western tales. They had provided “material for hundreds of frontier yarns.” 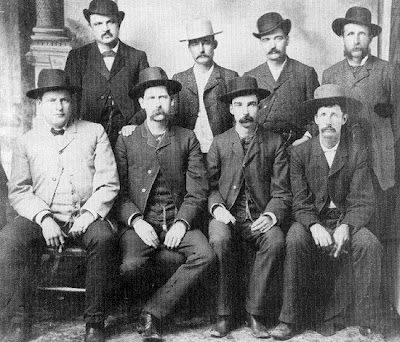 The gun attained a kind of mythic status. Hugh O’Brian brandished one in the TV show and had a special holster adapted to hold it. Two Buntlines are used by Colonel Mortimer (Lee Van Cleef) as the professional gunman in For a Few Dollars More, one seen in his saddle bags with a 18″ barrel, and the other with a 10″ barrel which he fits with a shoulder stock and uses like a carbine. The idea that you could increase the range or accuracy of a Colt handgun in this way captured the imagination. El Indio (Gian Maria Volontè) uses an 8″ Buntline as his sidearm in the film as well.
.
. 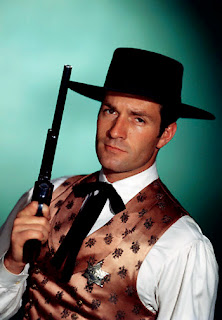 Wyatt had an extra long one…
.

So did Colonel Mortimer
.
The story of the gun was accepted as fact by many and even appeared in Haven and Belden’s A History of the Colt Revolver (1940).
But did it exist?
The story seems to have originated with Stuart N Lake, whose rather sensational 1931 biography Wyatt Earp: Frontier Marshal tells the tale. He went to considerable lengths to track the pistol down, through the Colt company and contacts in Alaska, where Wyatt had lived in later life. Lake wrote that Wyatt said, “Bat and Bill Tilghman cut off the barrels to make them standard length, but Bassett, Brown, and I kept ours as they came.”
.
. 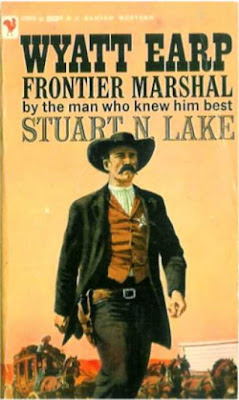 Sensational…
.
However, no such gun has ever turned up. Of the five lawmen said to have possessed such a pistol, Bassett had died in 1896, Masterson in 1921, Tilghman in 1924 and Brown in 1926, so they were no help to Lake in verifying the story. He only spoke to Earp (who died in 1929), and that not so often as he represented.
Lake later admitted that he had invented many of Wyatt’s verbatim ‘quotes’ because Earp was so taciturn.
Furthermore, there are no company records chez Colt for orders for the Buntline Special, nor any record of any letters from or sent to Ned Buntline. 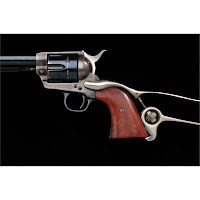 Detachable stock
.
‘Ned Buntline’ himself (EZC Judson, 1821 – 1886) wrote few Western tales and none about Earp or the others. Why would he make such costly gifts to Dodge City lawmen? What’s more, neither Bill Tilghman nor Neal (or Neil) Brown was a sworn in peace officer at that time.
In 1907 Bat Masterson wrote a series of ‘vignettes’ for Human Life magazine entitled Famous Gun Fighters of the Western Frontier. Among these ‘gunfighters’ were Wyatt Earp and Bill Tilghman but nowhere in these articles does Bat mention the Buntline Specials, which he surely would have done.
No, it all seems rather improbable.
.
.

And yet…
But let’s not rule it out entirely. The Colt company’s records are not exhaustive and complete. Such an order could have been placed. The Colt factory in Hartford, Connecticut did make extra-long barrels available, at a dollar an inch over 7 and a half inches (190 mm). Several such revolvers with 16-inch barrels and detachable stocks were displayed at the 1876 Centennial Exposition, marketed as ‘buggy rifles’ and at least 30 such guns were made in that year.
.
. 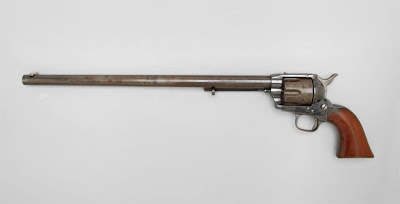 1876 model, serial number 28802
.
Firearms expert Massad F Ayoob, in an article in 2007, says that Josie Earp, Wyatt’s widow, mentioned an extra-long revolver that Wyatt was especially fond of. And Wyatt’s contemporary in Tombstone, Buckskin Frank Leslie, did make an order, which can be verified, for a similar pistol in 1881. (‘One Policeman’s Custom Revolver’. Guns Magazine, San Diego CA: Von Rosen Publications).
And it is not that surprising that a surviving long-barreled weapon would have been lost in such a long time.
So it’s possible that such a gun did exist.
.
.

A later model
.
We just have no proof.
After the publication of Lake’s book, various long-barreled Colt revolvers with 10″ or 16″ barrels were referred to as “Colt Buntlines”. Colt re-introduced the revolvers in its second generation revolvers produced after 1956.
As with so much Wyatt Earp lore, the legend had produced the fact…
.
.