Yvonne De Carlo specialized in cheesy 40s Westerns. She was Calamity Jane in one. In this one she is accompanied by fellow Canadian Rod Cameron, doing his best to pretend to be Randolph Scott, but not succeeding. Furthermore, to cast gallantry totally aside, Ms De Carlo was at that time a pound or two over par.
.
. 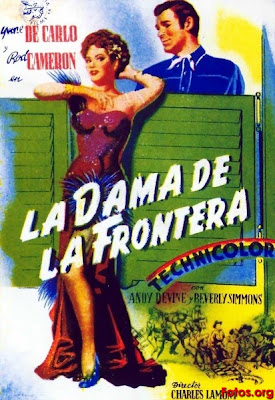 Yes, quite
.
Not so much a Western as a romantic comedy, this trite film has a feisty saloon keeper Madam tamed by macho Cameron with alternate kissing and spanking. It’s all enough to give modern viewers with even the slightest feminist sensibilities the vapors.
It is a Technicolor special and probably had a reasonable budget behind it buit looks like a B-movie. Perhaps the film was amusing escapism for post-World War II audiences.
But I doubt it.
.
. 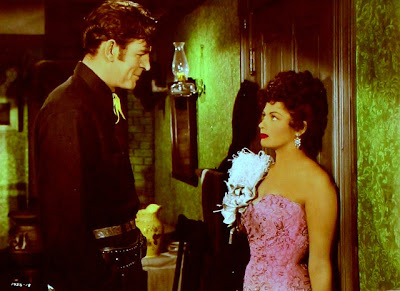 .
The worst part of it is the songs: all anachronistic, all awful. Fuzzy Knight’s ditty is about the best but it’s only relative. Fuzzy does his usual amusing cowardly deputy act. Andy Devine is the sheriff, so that’s one good thing. Yvonne looks thin beside him.
Of the acting and the writing, the role of the judge (played by Andrew Tombes in a sub-Edgar Buchanan way) is the best. But again, it’s only relative.
There’s a very early attempt at special FX in the scene which has Rod rescuing a brat from a tree over a waterfall. The brat is his and De Carlo’s daughter. She gets spanked too.
Is it a coincidence that a film with so much spanking in it was written by someone called Michael Fessier? (French joke).
.
. 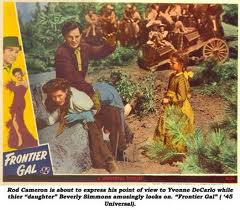 Not good
.
There’s a fair bit of chasing about on horses and Rod escapes quite often.
The scenery is nice. It looked like Colorado but it’s Dernville, Cal, shot by Charles P Boyle and George Robinson.
The director Charles Lamont has 252 titles to his credit, if credit’s the word, between 1923 and 1959. You can’t fault him for quantity. 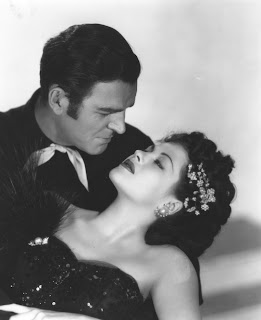 Romantic tosh.
.
Rod Cameron could be OK in Westerns, tough ‘n’ tall, but he is poor here, and De Carlo worse.

If you enjoy badly-acted love stories you’ll like this film.

PrevPreviousFlaming Star (Fox, 1960)
NextGun The Man Down aka Arizona Mission (UA, 1956)Next

PrevPreviousFlaming Star (Fox, 1960)
NextGun The Man Down aka Arizona Mission (UA, 1956)Next
Jeff Arnold © 2022 – All rights reserved – Designed by BetterCallChris
Scroll Up