.
.
Seven riders at the showdown
.
.
Killoe (1962) is not perhaps my favorite Louis L’Amour novel but it’s still a good read. It reminds me a bit of Elmer Kelton; it’s really a story of Texas settlers, cattle men, who in 1858 decide to escape overcrowding and feuding by moving West into New Mexico or Colorado. The majority of the action takes place in Texas, the confrontation with the Comanchero bandit in El Paso.
The hero is a Keltonesque young man, Dan Killoe, who becomes head of the family when his father is killed. Of course he is brave and resourceful. He beats the badmen and and gets the beautiful Mexican girl. It’s a fairly conventional affair, as, to be truthful, most L’Amour Westerns were, but also like other L’Amours, it is tightly constructed, has strong characters and it has a ring of authenticity.
.
. 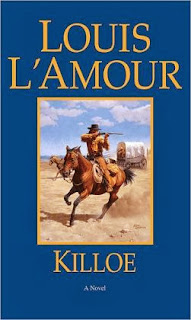 Another good read
.
It’s a cattle drive story and we have rather ‘done’ cattle drives. They always come across as faintly didactic; the authors can’t resist telling us all they know about these drives and it smacks ever so slightly of a history lesson. They still make enjoyable reading.
The book is dedicated to Bill Tilghman (1854 – 1924), one of the underrated lawmen of the Old West who rarely appeared in movies but who was quite a figure.
.
. 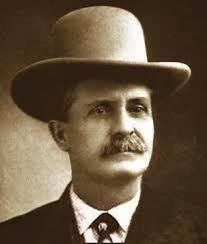 Bill Tilghman
.
Stylistically, the book is recognizably L’Amour. He loved anaphora and epistrophe:
Westward the land was open, westward lay our hopes, westward was our refuge.
It comes across these days as consciously literary and slightly old-fashioned but a lot of the prose is also quite modern – economical, action-packed. It was 1962 and a time of transition in the Western novel as much as in the movie.
Every so often the writing verges on the brink of pulp. On page 47 we have “It’s quiet out there… too quiet” and on page 146, “It’s only a flesh wound.” Such phrases do risk bringing a wry smile to the hard-boiled Western-reader’s face. But again, it was 1962.
.
. 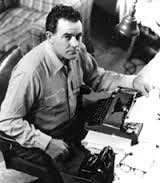 Louis
.
L’Amour was interested in firearms and many of the books have a particular or interesting weapon in the hands of the hero. This time it’s a “Patterson” .56 revolving rifle. It should properly have been Paterson, named for Colt’s plant at Paterson, New Jersey. Revolving rifles were an attempt to apply the effectiveness of the new revolving pistols to carbines and rifles. The most widely produced revolving rifle was Colt’s Model 1855. Only 4,435 were manufactured, from 1856 to 1864, so Killoe’s would have been quite rare and quite new. It did have its weaknesses: gunpowder would sometimes escape from the paper cartridges and could ignite, in “chain fire”, all the chambers waiting to be fired. Sometimes a spray of lead fragments would shoot into the user’s hand or arm. Not ideal. Still, the revolving rifle was widely used in the Civil War.
.
.

Colt Paterson .56 revolving rifle
.
Just occasionally revolving rifles pop up in Western movies. Deputy Arthur Hunnicutt has one in El Dorado (Paramount, 1967) and in Barquero (Universal, 1970), Marie Gomez, Lee Van Cleef’s cigar-smoking gal, is a crack shot with one. Maybe you can tell me of other movies.

Best of all in Killoe, for me, is that when the hero and his men ride out for the final showdown against the rustlers, their band numbers seven – that Mystical Western Number, the ideal quantity for any posse, gang or riders of the range.
.
PrevPreviousThe Deserter (Paramount, 1971)
NextThe Trail to Hope Rose (Hallmark, TV, 2004)Next