Black Horse Canyon has what you might expect from a 1950s Universal Western, such as fine color photography of Arizona locations (by George Robinson, who had worked on The Plainsman in 1936 and who was DP on the 1954 Destry remake), a slightly second-rank but competent director and some reasonably well-known character actors. Its greatest merit is the presence of Joel McCrea, who did a few oaters for Universal in the 1950s, starting with Saddle Tramp  in 1950, after his more epic Paramount and Fox ones in the 30s and 40s. McCrea was always so quietly powerful that he lifted even the most modest of Westerns. And he took the part of horse rancher rather as a duck takes to water.
.
. 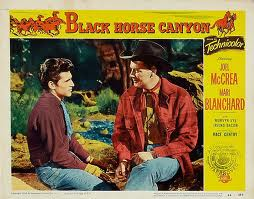 .
The story is a pretty juvenile one (though luckily there are no kids in it) about the capture and breaking of a fine wild black stallion, Outlaw, and you just wish he could have been left to run wild. I always hope the horse will escape, but he rarely does. This plot line was used many a time, and indeed Joel himself would return to the theme in his last Western, Mustang Country.
.
. 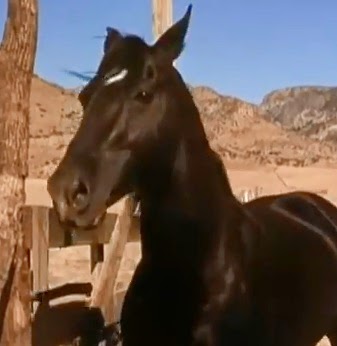 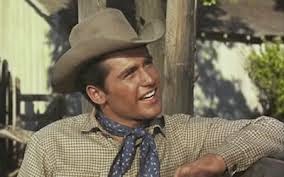 Race Gentry
.
They have started up a ranch of their own. Then there’s feisty rancher Aldis Spain (Mari Blanchard) and her Uncle Ben, the doc (Irving Bacon).
.
. 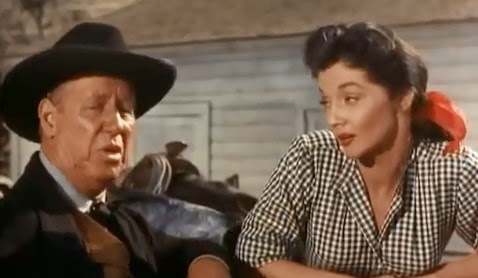 Uncle Ben with Aldis
.
Aldis wants Outlaw too. In fact she claims the stallion is hers, I don’t know why. And lastly bad guy Jennings (Murvyn Vye) and his henchman Duke (John Pickard). They are unscrupulous and will Stop At Nothing to get their hands on the beast, or shoot it if they can’t have it – it isn’t quite clear why, except that they are just plain mean.
These actors, apart from McCrea of course, were not exactly A-list. Burt Lancaster had requested Blanchard for Vera Cruz  though Universal wouldn’t let her go. But I doubt whether she would have made it any better (it was a pretty tawdry film). She was in the Destry remake opposite Audie but George Marshall didn’t rate her at all. She ended up as the town madam in McLintock! (sigh).
.
. 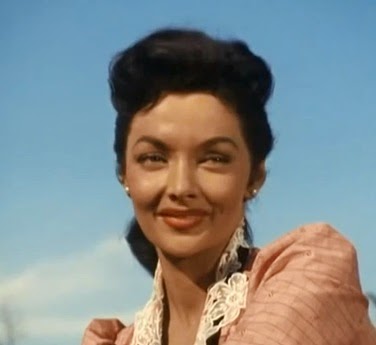 Mari Blanchard
.
Gentry took the handsome-young-man role for the girls in the audience to sigh over. He had had small parts in The Lawless Breed and Rails into Laramie but otherwise did TV. I’m afraid I find him distinctly unmemorable. Badman Murvin Vye had been in bit parts in Whispering Smith and River of No Return but again did mostly TV. None of these actors stood out, I fear. Universal usually did a bit better than this and they could have wheeled on, say, Denver Pyle, Noah Beery Jr, Slim Pickens, a few guys like that. 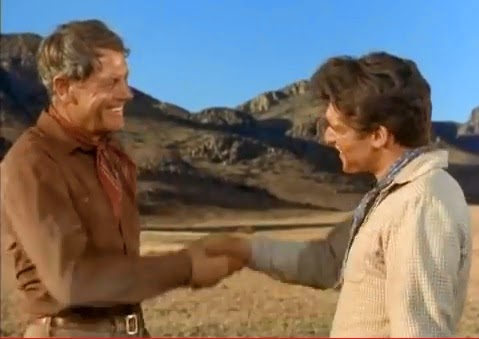 The pardners win out
.
As for director Jesse Hibbs, I’ve mentioned him before. He was workmanlike though rarely inspired. He directed a whole heap of TV Western shows (he did 20 episodes of Gunsmoke alone) and his Western feature films were well enough done. He directed Ride Clear of Diablo, which I like,  with Audie and Dan Duryea, and Rails into Laramie, also good I reckon, with John Payne, both in 1954 before this one. About his biggest Western was probably the 1955 color version of The Spoilers.
The Wild Horse, the Les Savage Jr novel on which Black Horse Canyon is based, is raunchier and tougher but honestly, without Joel McCrea the movie would be eminently forgettable. As it is, it will never make anyone’s top ten but is nevertheless an enjoyable watch. There are some lovely shots of running horses anyway. 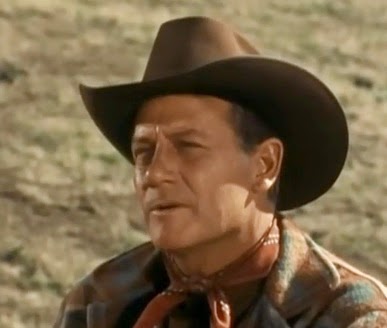 Joel McCrea, great in anything

PrevPreviousStars in My Crown (MGM, 1950)
NextTap Roots (Universal, 1948)Next
Jeff Arnold © 2022 – All rights reserved – Designed by BetterCallChris
Scroll Up