A Time for Dying is a flawed film. It has its moments and on paper it should have been good, or at least solid: it was written and directed by Budd Boetticher, it was produced by Audie Murphy and he played Jesse James in it. It was shot on location round Tucson by Lucien Ballard. All that should have made it top-notch.
.
. 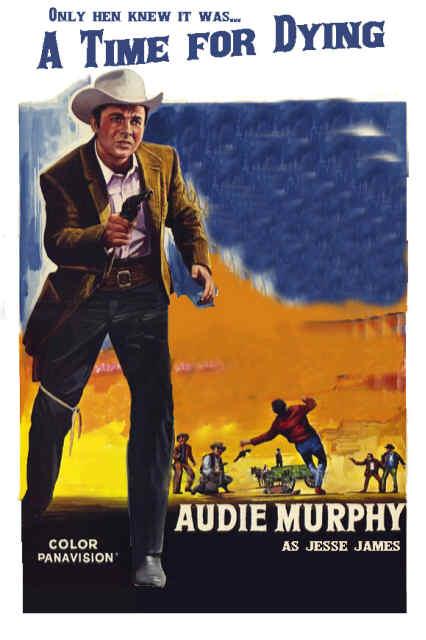 Only hen knew it was a time for dying, says the (odd) poster
.
But Boetticher’s story and script were poor, and even the direction. We get 60% of the film before Jesse even appears. Despite the star billing on the poster, Audie doesn’t even happen along till 42 minutes in and then he only really has a ride-on part. Fipco had great difficulty finding budget. The film is only 69 minutes long, which does leave you feeling a little short-changed. The ‘stars’ were pretty much unknowns except for Victor Jory. The movie has an almost spaghetti look and feel to it. Because of the title you kind of know how it’s going to turn out. It was, in fact, botched. 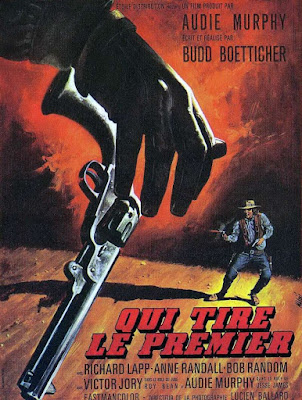 French poster more pulpy but rather better
.
It is a ‘late’ Jesse, in a way balancing Audie’s young Jesse of Kansas Raiders (1950). There can’t be many actors who have played the same outlaw in their first and last Westerns. We are probably in 1880 or so, although Judge Roy Bean figures in Vinegaroon and he wasn’t a justice of the peace there till the summer of ’82, i.e. after Jesse was dead, but we’re not nit-picking here. Jesse has a beard and a Tom Petty hat. Frank (Audie pal and writer Willard Willingham) is with him along with “Cousin Bobby Ford” (JN Roberts). It is set around Silver City.
Though shot in 1969 it didn’t screen till 1982. In ’69 Audie’s career wasn’t going well, he was ill and he had not made a film at all in 1968, the first year that happened since he started doing movies. Budd Boetticher, who had directed Audie in The Cimarron Kid for Universal in 1952, was also going through a bad patch. The two formed their own company, Fipco, to make films. This was to have been the first of several.
.
. 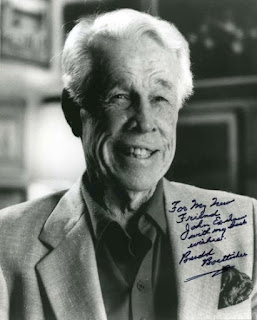 Budd’s last Western
.
It was to have starred Peter Fonda but that didn’t happen and Richard Lapp, who looks like a teenage Charles Bronson, was OK but, to be brutally frank, only OK. In the story he is Cass, a sunny, innocent youth who is good with a gun. He meets a slightly Billy the Kid figure, named Billy Pimple (Bob Random) who tells him about a girl coming to town. Cass rescues the innocent girl, Nellie (Playboy model Anne Randall) both from a crowd and a career in prostitution.
.
. 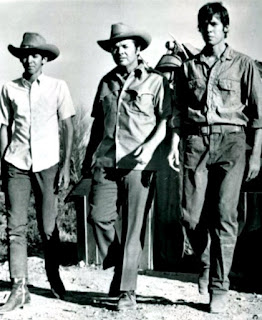 Skip, Audie and Terry Murphy on the set
.
The couple fetch up in Vinegaroon and Judge Roy Bean marries them without consulting their wishes in the matter. Bean is played by the great Victor Jory, in a scenery-chewing way – he’s probably the most over-the-top Bean there’s ever been. I’ve always hugely admired Victor Jory in Westerns. He’d been in oaters, usually as the villain, since 1933, and then TV. In fact, though, however well or badly Bean is played, one never ceases to be shocked by this quite appalling and odious man. Those actors who play it for humor do humanity a disservice, I think. Audie’s son Terry has a bit part as a youth casually hanged by the drunken bully and a younger son, Skip, has a small part too.
.
. 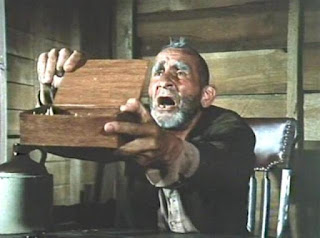 Victor Jory, splendidly over the top as Judge Roy Bean
.
Cass wants to support his wife by bounty hunting (that’s when he runs across Jesse James) but as you may guess from the title, it doesn’t end well.
.
. 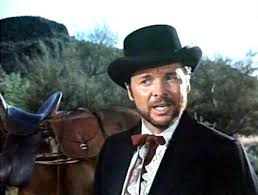 Audie as Jesse
.
Because of the Boetticher/Murphy/Ballard team, the movie has its points and has interest, certainly. But it’s not a great Western, I fear. It turned out to be both Murphy and Boetticher’s last movie. Sad, really.