When I first saw Fox’s 1951 Western The Secret of Convict Lake I was – I now think unfairly – dismissive of it. I thought it an undistinguished studio-bound black & white B-movie, and not a patch on the studio’s little gripper of the same year, Rawhide. But I saw it again last night and have revised my opinion of it, upwards.
.
. 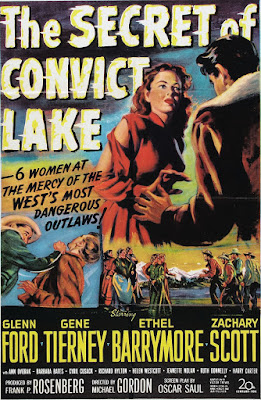 Give it a go
.
It was directed by Michael Gordon, who, before he worked on the likes of Pillow Talk, made some interesting films, such as An Act of Murder in 1948 on the subject of euthanasia and the 1950 Cyrano de Bergerac. These were enough to get him on one of the first lists of Senator McCarthy, and his career crashed. He only directed two Westerns, and the other was the pretty mediocre (at best) Dean Martin outing Texas Across the River in 1966 when his career was revived. His work on Convict Lake is not magnificent but it is not at all bad either. The movie is somewhere between a noir, a psychowestern and a suspense drama. And it’s worth seeing.
.
. 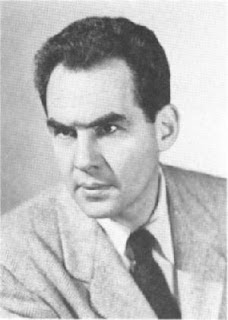 Michael Gordon
.
Although much of it is shot on a sound stage, it’s one of the best studio sets I can remember, to the point where you sometimes wonder if it’s not an exterior location shot. And such exteriors as there are impress by their quality. It’s a story of escaped convicts in the snowy winter of 1871 crossing the Sierra Nevada and arriving at a small village, which they pretty well take over. So we first get ferocious mountain blizzards and then an intense, noirish, claustrophobic setting. It was very well photographed by Leo Tover, of The Sun Also Rises fame, who also shot the Westerns The Tall Men and Love Me Tender.
.
. 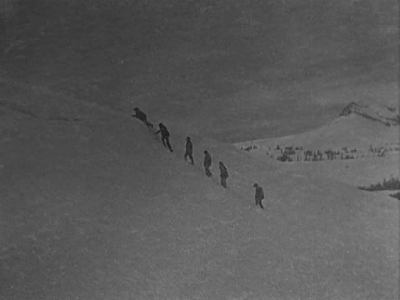 They cross the mountains in a blizzard
.
Another reason for the quality of the picture is that the fugitives’ boss is Glenn Ford. Ford was a natural Western lead and one of those fine actors who make an indifferent film (The Violent Men, say) good and a good film great (the first 3:10 to Yuma, for example). Of course he isn’t an out-and-out bad guy; he was unjustly imprisoned and was innocent, and though he is tough as old boots, he is polite to the ladies and kind to animals, ergo a classic Western good-badman. Actually, this kind of part had been standard Western fare since the days of William S Hart.
.
. 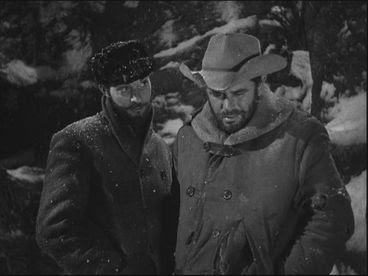 Glenn Ford, excellent
.
The movie resembles the later (and better) Day of the Outlaw, when director André De Toth and stars Robert Ryan and Burl Ives were all on top form. It also has something in common with the not quite so great Firecreek (1968) with Henry Fonda as the outlaw boss, and the first class Yellow Sky (1948) with Gregory Peck leading the bad men. In all of these, outlaws take over a remote place and bring threat and tension. In all of them the chief bad guy turns out to be not quite as evil as we (and the town’s residents) feared. Day of the Outlaw is the best of them but Convict Lake is by no means the weakest.
The five convicts (there were six but one shadowy figure perished in the storm) are Glenn Ford, a splendidly nasty Zachary Scott, Jack Lambert (who reprised the role in Day of the Outlaw), the ‘Limey’ Cyril Cusack (who though a Brit seemed to have studied at the Dick van Dyke School of Cockney Accents) and a psycho youth Richard Hylton. However, because in this film all the town’s menfolk are off prospecting silver, the women of the village are alone and play an unusually prominent part (for a Western).
.
. 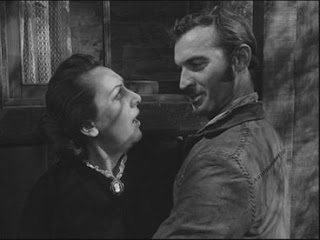 Zachary Scott preys on Ann Dvorak
.
They are bossed by bedridden Granny (Ethel Barrymore in full flight), and number among them the betrothed Marcia (Gene Tierney, much less posh than in The Return of Frank James), who falls for Glenn of course, and hard, bitter spinster Rachel (Ann Dvorak, a fine actress). There’s an impressionable young girl, Barbara (Barbara Bates), who flirts with the outlaw boy, so three of the women pair off with outlaws – but only one couple will make a go of it. Barbara’s mom Harriet (Jeanette Nolan), maternal but rifle-totin’ Mary (Ruth Donnelly) and the rather pathetic Susan (Helen Westcott) make up a magnificent seven, so the dames kinda outnumber – and outgun – the bad guys.
.
. 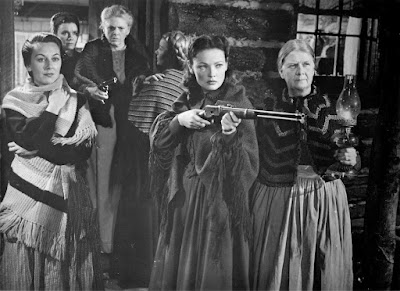 You don’t want to mess with these women – especially Granny
. 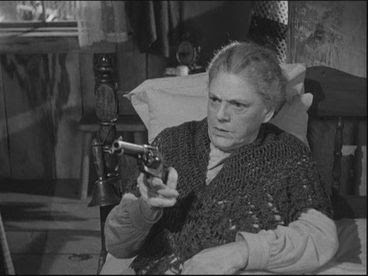 .
Another great feature of the picture is that when the posse of lawmen finally do arrive in the village they are led by Sheriff Ray Teal, always a delight to see even if he does have little more than a ride-on part. The ending is rather clever, in fact.
The music (Sol Kaplan) is sinister-noir rather than overtly ‘Western’ but suits the story.
There’s a voiceover intro and outro, which assures us it’s a true story (yeah, right).
.
. 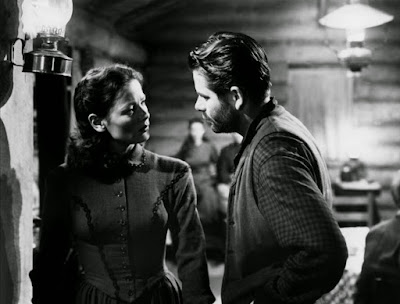 Gene falls for Glenn – and vice versa it must be said
.
There were quite a few writers involved. Oscar Saul (Major Dundee) gets the big mention but we are told that it was based on a story by Anna Hunger and Jack Pollexfen, ‘adaptation’ by Victor Trivas. Ben Hecht (Stagecoach, Duel in the Sun, et al) also contributed (uncredited) to the script.
The Secret of Convict Lake is not the least of Glenn Ford’s oaters (it was his sixth) and I recommend it to you. Don’t expect greatness, but do expect quite a classy little noir Western.