The Some-Day Country by Luke Short

The Some-Day Country is another fast-paced paperback Western novel by the master of that genre. It was quite a late one, 1963, and, unusually for Short stories, it is set in a real place and time. Often, his tales were set in some generic ‘West’ at an unspecified date but this one is exactly placed on the south Kansas border in 1883. It is the story of ‘boomers’, settlers who illegally crossed into Indian Territory, staked out land and built a boom town. 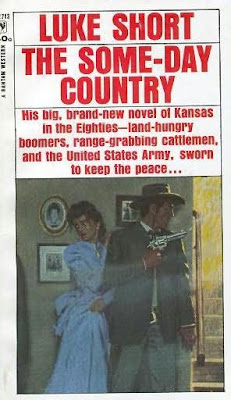 Another fast-paced Western from Luke Short
.
Old ‘Cap’ Frane, accompanied by his feisty daughter Silence (wishful thinking came into the naming process, we are told) and his adopted Indian son Nathan, convinces hopeful settlers to pay him to take them to the promised land ‘there for the taking’. This provokes a three-way conflict: the boomers want the land to plow and farm but there are cattlemen there already who unofficially lease range from the Indians, and one of them is ruthless rancher Jess Hovey. He will stop at naught to drive the boomers off. The Army has the difficult task of persuading the boomers to leave, as peaceably as possible, and cares for neither boomer nor rancher. So it’s a triangular struggle. The ones who seem totally left out of the equation are the Indians. They don’t make an appearance, apart from Nathan, who is anyway Pawnee rather than Cherokee. The fact that it’s their land doesn’t seem to enter into it.
Although Nathan is perhaps the most attractive of the characters, the hero is really Lieutenant Winfield Scott Milham, stationed at Fort Reno, a classic Westerner who on the cover of my edition looks a cross between Gregory Peck and Tom Selleck. He is assigned the unenviable mission of shifting the boomers but only given a detail of twelve men to do it. He finds the inaptly named Silence very tiresome, though notes that she has grown some since he last saw her (for it is not the first time the lieutenant has had to deal with the Franes). She manages to make him look a fool, and he doesn’t care for it at all.

There’s a sub-plot with two characters, a gold-digger woman and saloon-owning man who are as unscrupulous as each other yet both curiously sympathetic. 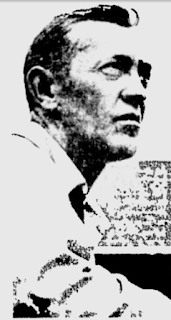 Frederick D Glidden aka Luke Short (1908 – 1975)
.
Well, Hovey provokes an ‘accidental’ stampede which flattens the boomers’ new crops, and in retaliation Nathan burns down Hovey’s house and barns. But then Hovey kidnaps Silence, and Lt. Milham – out of uniform – is assigned the task of finding her. He takes Nathan along. You see, it is now obvious that Nathan loves Silence. So here’s another triangle, for we all know there’s going to be a Lt./Silence romance.
I won’t reveal the ending. But it’s quite exciting. It’s all done with Short’s usual ability. Believable characters, all with strong points and failings. Authentic detail – though there is one bit where he seems to confuse single- and double-action revolvers. Action, pacing, terrain. It would make a good Western movie, as all Short novels would, and indeed, many were made into motion pictures, some of them very good ones.
There is a basis in historical fact to the story. In 1879 David Lewis Payne, a Wichita, Kansas, pioneer settler and politician, supported by his common-law wife, Rachel Anna Haines, began recruiting followers for an intrusion into what he regarded as vacant lands. In late April 1880 Payne led a party of twenty-one men from Wichita to the site of present Oklahoma City. There on the south bank of the North Canadian they laid out a town called Ewing and it grew fast, until Lt. George HG Gale arrived with a troop of Fourth Cavalry and took them under arrest to Fort Reno. After being held there for a short time, the boomers were escorted back to Kansas.
Payne was not intimidated by his arrest or by President Rutherford B Hayes’s proclamation forbidding unlawful entry into Indian Territory. He organized a larger group and returned to the Ewing site. Again the settlers were arrested, escorted to the Kansas line, and set free without going to court. In March 1881 the government prosecuted Payne at Fort Smith, Arkansas, before the famous Judge Isaac Parker, who ruled against the Boomer leader. The only legal action that could be brought against Payne was under a federal law levying a thousand-dollar fine for a second intrusion into Indian Territory. Payne, however, had no money or property against which the fine could be assessed. News of his arrest only made him more popular on the frontier and further publicized his cause.
Payne persisted. In 1884 the Army burned his next settlement and confiscated his Oklahoma War Chief press. Payne would doubtless have continued but he died suddenly from heart failure that year. Other boomers took his place, however, and eventually, in 1889, the lands were opened to settlement in the famous Oklahoma land rush. 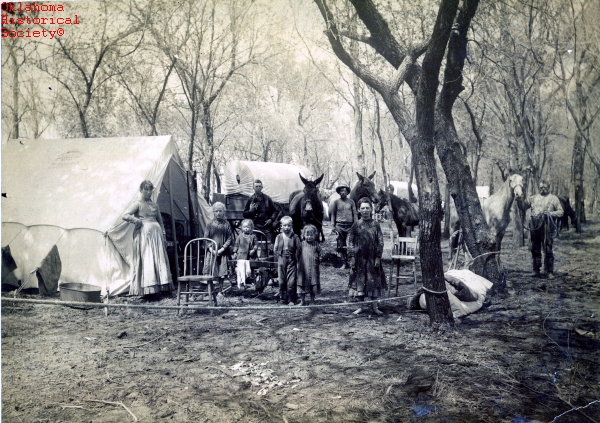 .
Luke Short’s novel is a very free interpretation of this story but it has an authentic ring to it. Any Luke Short you pick up will more than repay the cover price. This one is no exception.
.