Sitting Bull’s companion
.
.
Back in April 2014 I posted an article on Sitting Bull. It was largely based on the fine biography by Robert Utley, The Lance and the Shield: the Life and Times of Sitting Bull (Henry Holt & Company, 1993).
.
. 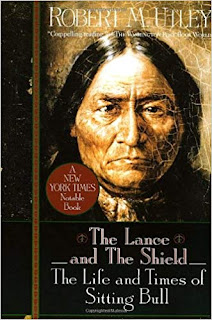 In my post, I talked about a certain Catherine Weldon, certainly the model for the character Amanda Teasdale in Thomas Berger’s 1999 sequel The Return of Little Big Man.

I said of her:


Born Susanna Carolina Faesch in 1844 in Kleinhüningen, Switzerland, she arrived in Brooklyn at the age of eight. In 1866 Susanna married Dr Bernhard Claudius Schlatter, a physician and fellow Swiss, but divorced two years later. She then met and married Richard Weldon who would eventually abandon her. She became an activist with the National Indian Defense Association and especially interested in the outrageous treatment of the Lakota.

I also posted a photograph of her, this one: 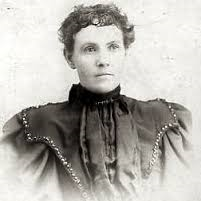 Catherine Weldon, but it turns out she was no relation to Caroline and not Sitting Bull’s companion
.
.
Recently, however, I have been in touch with Daniel Guggisberg, an American of Swiss origins and something of an expert on Weldon. In fact he wrote the Wikipedia article on her. Daniel’s comments were fascinating and I felt the need to post some corrections on this interesting woman.

First off, she wasn’t Catherine at all but Caroline. Many have called her Catherine but she never was anything but Caroline. The photograph I posted is of another person, a Canadian named Catherine Weldon, no relation. Thanks to Daniel we do have a photograph of the real Caroline Weldon, and he has given me permission to publish it. Here she is, below, taken while she was staying at the home in Mount Vernon, NY of a friend, Aline Estoppey (on the left) on April 4, 1915. 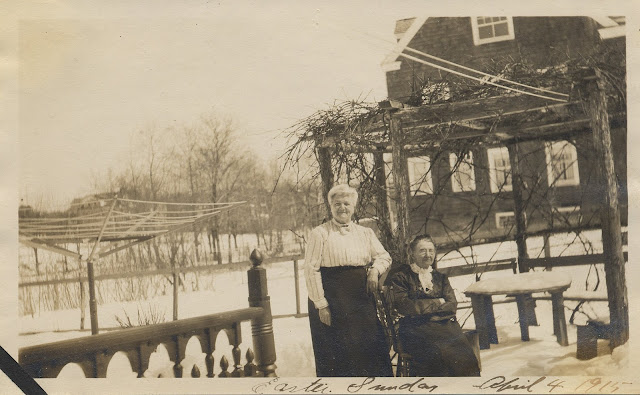 Daniel says that Caroline Weldon was something of a bohemian, highly intelligent and well-educated, and that she felt out of place among her female peers.

She was not an artist, so much as an amateur painter and, Daniel adds, “not a particularly good one, judging from the painting of Sitting Bull by her that is at the North Dakota Historical Society. The half portrait she made of him [see below] is much better but still amateurish.” 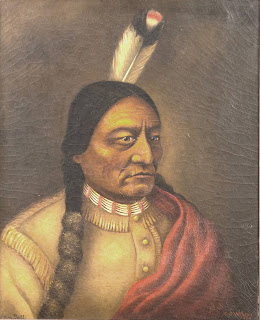 Born Susanna Caroline Faesch in Basel, Switzerland in 1844, she came to America with her family in 1852, settling in Brooklyn. In 1866 she wed Dr Bernhard Claudius Schlatter, a physician and fellow Swiss but it was an unhappy and childless marriage. In 1876 she ran away with a certain Christopher Stevenson, a married man, and they had a son, Christie. Stevenson went back to his wife, and her husband, Schlatter, divorced her in 1883. She changed her name to Caroline Weldon.

She joined the National Indian Defense Association (NIDA) and became passionate in defense of the Lakota after the notorious Dawes Act of 1887. She managed to befriend Sitting Bull, acting as his secretary, interpreter and advocate, moving with her young son Christie to live at Sitting Bull’s compound on the Grand River at Standing Rock Indian Reservation. She clashed with Indian Agent James McLaughlin (she wasn’t the only one) and he initiated an effective smear campaign against her so that she was reviled in the press.

She was opposed to the Ghost Dance movement of 1890 and this seems to have led to an estrangement with Sitting Bull. In November of ’90 she left for Kansas City, MO, to stay with her nephew but her son died en route. She eventually returned to Brooklyn and died there in 1921. She was buried in the borough’s Green Wood Cemetery.

It is truly a remarkable story.

A movie with the title Woman Walks Ahead about Ms Weldon was released on June 29th of this year, but Daniel says it was a flop and was pulled after a week. In any case it was far from accurate. For example, they have “a perfectly and eloquently English-speaking Sitting Bull walking about in his Indian garb”. This provoked an article in The New York Post which obviously used the Wikipedia article liberally but still managed to make several errors – that’s journalism for you.

It’s great to have interested parties who have deeper knowledge contact me. I really appreciate it and am more than happy to publish better and more recent information on characters of the old West. 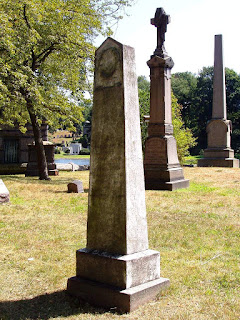