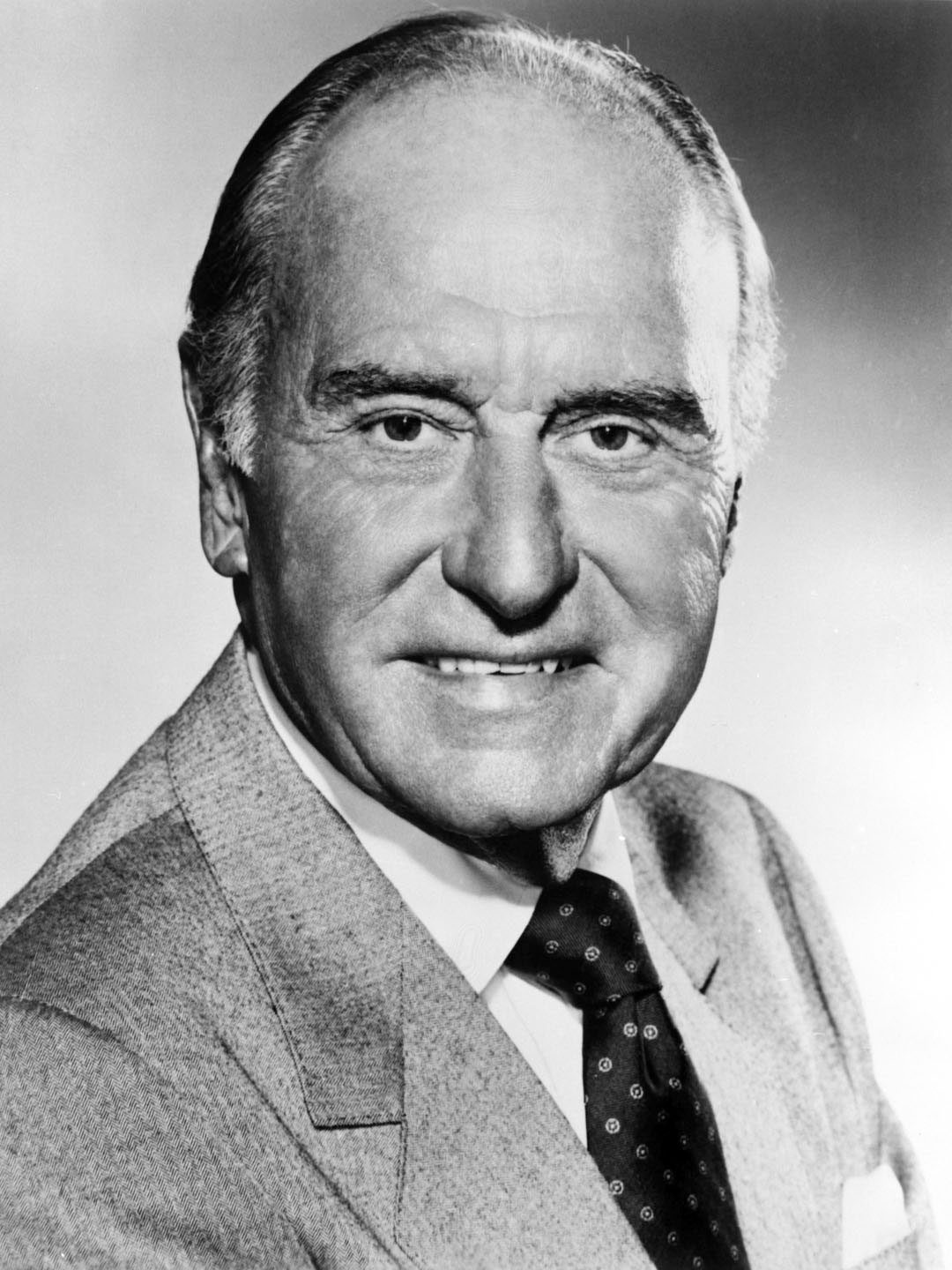 You probably know the story of AC Lyles (1918 – 2013), pictured left: he began at Paramount studios as an office boy after high school. He worked in the publicity department of Pine-Thomas Productions, which produced second features for Paramount. His first role as full producer was on Short Cut to Hell, released in 1957 – that was a remake of This Gun for Hire and directed by James Cagney. He also produced nine episodes of Rawhide.

Lyles recalled in an interview that he was approached by Paramount in the 1960s to do a Western when they realized they had none on their schedule of releases. Though the feature Western was definitely in decline, there was still a market for the genre, if the pictures could be produced cheaply. When Lyles’s first, Law of the Lawless (1964), did well at the box office, Paramount gave him the go ahead to produce more oaters for the studio. There would be twelve more, three in 1965 alone. Lyles filled his casts with many older, experienced actors who were his friends. These 1960s Westerns harked back to the 50s in more ways than the cast. They were uninfluenced by revisionism, Vietnam or any contemporary zeitgeist. They were just straight old-fashioned Westerns, and popular, especially in the mid-West, for that very reason. The dreaded nostalgia reared its sugar-sweet head (probably looked on approvingly by many of the audience, through their rose-tinted eyeglasses) and the pictures were definitely B-movies budget-wise, but generally Lyles Westerns were gritty enough to pass muster. Apache Uprising was one such.

Lyles also used old-hand directors. Good old Lesley Selander helmed three, but six of them, including Apache Uprising, were made by the Western stalwart RG Springsteen. Robert Springsteen (1904–1989), known as Bud, started as a wardrobe assistant at Fox in the 20s and graduated to working as second unit director on low-budget movies. He got to direct his first movie, a Western, at Republic in 1945, Marshal of Laredo, a one-hour Red Ryder picture with Wild Bill Elliott in the lead. Thereafter he made Westerns at a rate of seven or eight a year, with Monte Hale, Allan Lane, Rex Allen and other popular cowboys of the silver screen. He went ‘up in the world’ a bit in the 50s, directing the likes of Cole Younger, Gunfighter (1958), a 78-minute color picture, at Allied Artists and, also at AA, King of the Wild Stallions (1959) with George Montgomery. In the early 60s he embarked on Audie Murphy Westerns at Universal, including the rather good Bullet for a Badman (1964). By 1965 Bud was over 60 and big-screen Western gigs weren’t coming along all that often. He was ideal material for Lyles.

Because of the cast and crew these pictures have sometimes been referred to as geezer westerns, which is perhaps a tad derogatory but you kind of understand it. The thing is, they are actually very enjoyable, just because of the actors and the 50s demeanor.

The best thing about them is their casts, and this one is great for that. It’s led by Rory Calhoun, as Young Fury had been the year before, and also Black Spurs, released earlier in ’65 (both with RG). Rory was of course a very old (gun)hand: he’d started in 1949, co-starring with his friend Guy Madison in Massacre River, and would go on to a total of 32 feature Westerns, as well as his show The Texan on CBS. He looks a tad stouter, a shade grayer, but it’s Rory alright.

Alongside him is Corinne Calvet. This reunited them after Powder River, a Fox oater directed by Louis King in 1953. Ms Calvet was a French actress who was ‘discovered’ by Hal Wallis and signed to a contract with Paramount in 1947, but, according to the IMDb bio, “her life developed into a decade-long roller-coaster of feuds, lawsuits, publicity stunts and even an attempted suicide.” She was best known, Westernwise, for her part in The Far Country with James Stewart (1954).

The rest of the cast list reads like a veritable Burke’s Peerage of Western actors. The excellent John Russell is the chief bad guy, in a fancy vest and a nasty scar across his cheek. Russell was never less than excellent in Westerns. Apart from Lawman on TV I remember him most for his Bloody Bill Anderson in The Outlaw Josey Wales, his Nathan Burdette in Rio Bravo and, especially, his sinister Marshal Stockburn in Pale Rider.

His two chief henchmen are Gene Evans and DeForest Kelley, both hard-bitten vets of the Western genre, Evans maybe best in Money, Women and Guns, Gold of the Seven Saints, and twice for Peckinpah, in Pat Garrett & Billy the Kid and The Ballad of Cable Hogue, and DeForest, Star Trek’s Dr McCoy, best remembered, by me anyway, for being Morgan Earp in Gunfight at the OK Corral, Curley Burne in Warlock, and Wexler in The Law and Jake Wade. He was a good baddy.

As far as vets go, Richard Arlen, as the by-the-book cavalry captain, was a real one. He went right back to the silent days, leading in Paramount’s Under the Tonto Rim in 1928, had been Steve in the first talkie The Virginian in 1929, led too in the first talkie The Light of Western Stars (1930), and been quite a figure in the world of the 1930s B-Western. After World War II he descended to more minor roles, such as ‘Union captain’ in Kansas Raiders, he too with a small part in Warlock. He did all these AC Lyles pictures and must class as a geezer.

Lon Chaney Jr is the roguish stage driver (it’s a Stagecoach-like plot). Poor Lon, I don’t think he ever held his breath just as the Best Actor Oscar was about to be announced but still, he did his best. Hawkeye and the Last of the Mohicans was one of my favorite shows as a boy, so I still have a soft spot for Chingachgook. I guess he was best as the arthritic old sheriff in High Noon, but I remember him too as one of the bad guys in The Indian Fighter and he was one of the James gang in Jesse James.

Who else? Yes, of course, Rory’s sidekick is none other than Arthur Hunnicutt! He plays a crusty old scout in buckskins (obviously). Once they’ve killed a few Apaches he draws his knife and it is clear (though fortunately not shown) that he will now set about scalping. El Dorado, Cat Ballou, The Tall T, The Big Sky, it would be hard if not impossible to choose Arthur’s best Western. Milt Fuffield in Broken Arrow, Davy Crockett in The Last Command, Sad Eyes in A Ticket to Tomahawk, there are too many to list, or even remember. He was one of the greats.

Johnny Mack Brown is the fat sheriff, Don ‘Red’ Barry is the saloon bar tender, Jean Parker (Molly in The Gunfighter) is a townswoman, Regis Parton, Rodd Redwing, the list goes on. You have great fun actor-spotting.

If we are to be brutally frank, the plot isn’t that stunning, written by Harry Sanford and Max Lamb from a Max Steeber novel and as I say, it is more than a little reminiscent of Stagecoach, especially when they stop at the way-station. There are several mentions of the “stage to Lordsburg.” Never mind, you feel ‘comfortable’ with it somehow.

If you a fan of the straight-down-the-line unreconstructed Western (and as a reader of this blog I bet you are) you will enjoy Apache Uprising. Even the title rings familiar, you know, with Apache Ambush, Apache Blood, Apache Drums, Apache Rifles, Apache Territory, Apache Trail, Apache Warrior and Apache Woman, not to mention Apache. The modern print is good, it’s in color (Technicolor Techniscope, no less) and there are some nice Vasquez Rocks and Arizona locations.