It was an irritation for Hollywood that Billy the Kid and Jesse James were killed. Most thoughtless of them. Their deaths curtailed the exploitative flicks that could be made about them.

But the B-movie makers didn’t worry too much. You could always pretend they didn’t really die, or make movies about their sons, or indeed about people claiming to be those characters. In 1949 minor studio Lippert had a surprise hit with its pulp-fiction picture I Shot Jesse James (click the link for our review), written and directed by Samuel Fuller and starring John Ireland as the assassin Bob Ford and Reed Hadley as the assassinated Jesse. That success was too good to pass up; a sequel was definitely required. So John Ireland was brought back, as ‘Johnny Callum’, acting out Jesse’s criminal career, and the previous Jesse, Hadley, migrated to the part of brother Frank James. Its working title was The Return of the James Boys but that probably wasn’t ‘Jesse’ enough to sell tickets. The wheeze is that Johnny Callum is an outlaw who is a Jesse James lookalike. It’s 1883. Head of the Younger clan Hank Younger (Henry Hull, a Jesse vet, having appeared in both Jesse James in 1939 and its sequel The Return of Frank James the year after) recognizes the commercial potential of this and recruits Callum to dress up as Jesse and rob banks, striking horror in the hearts of Missouri bankers who all thought he was dead. OK, yes, improbable, I know, but since when has probability been a criterion of the Western movie?It was shot on the Universal lot and directed, on a less than extravagant budget, by Arthur Hilton, world-famous for Cat-Women of the Moon but not enjoying too much international renown as a director of Westerns on the grounds that this was his only one. He was a much better editor, being Oscar-nominated for his work on The Killers. It was produced by Carl Hittleman, who also contributed the story. Hittleman was the producer of such mighty epics as Kentucky Rifle and The Buckskin Lady. The screenplay based on Hittleman’s story was by Jack Natteford, who cobbled up the scripts of various Bob Steele and Hoot Gibson oaters.

Hank Younger (who of course never existed) has a daughter, Sue-Ellen Younger, equally fictional, played by Ann Dvorak, looking very like a 1930s diva. Ms Dvorak started in Westerns aged 4, when she played Ramona’s daughter in the 1916 silent movie Ramona. Now though she deals cards in Bob Ford’s saloon and she turns out to be the baddy, in fact, even badder than her dad Hank, and she will perish in the last reel, quite deservedly so. A young Hugh O’Brian is her (made-up) brother, Lem.

The Fords, by the way are played by Clifton Young (Bob) and Tommy Noonan (Charlie) but their roles aren’t too big and they don’t play that much of a part in the story. Charlie sees ‘Jesse James’ and freaks out. Bob is a bit more level-headed. “We’re not gonna run away from no ghost, kid,” Bob tells his brother. Actually, Charlie was the older brother, not the younger, but hey. In most films Bob is the boss and Charlie is the younger/weaker/crazier one. The real Charles Ford did commit suicide in the end, so maybe it was that.The opening titles are shown over what looks like an illustration from a dime novel and indeed it does turn out to be that, because Frank has a copy of such a ‘book’ about Jesse and it has the same picture on the front. That figures, because the whole movie is very much in the dime-novel tradition.

Frank has retired from outlawin’ and has got religion. This often happened in movies. His wife Ann (Barbara Woodell) is one of those apple-pies with too much sugar. Violin music plays when she talks. She pleads with her hubby to maintain the path of righteousness and sainthood. Yawn. But Frank rides out to put a stop to this Jesse lawlessness business. 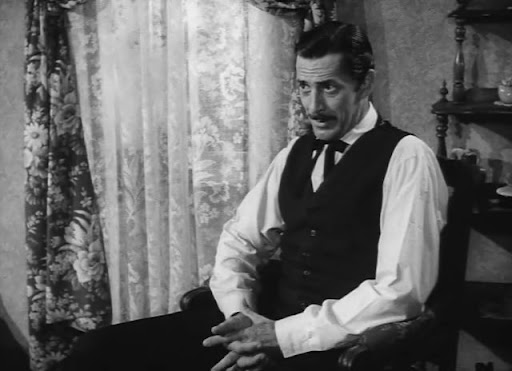 The gang wear proper dusters, so that’s good.Margia Dean is a saloon gal who sings (badly) and Sid Melton provides a ‘comic’ turn as her piano player. I wish they’d cut those bits out.Johnny guns down the Fords, then decides to have another go at the bank at ‘Westfield’, Minnesota (why do they always change the names?) but Frank rides up there first and warns the sheriff (Victor Kilian), so when Johnny/Jesse and his gang get there, it’s just a repeat performance of 1876 and most of them are shot down. There’s a finale back in Clay County in which most of the protagonists shoot each other. The End.It’s pretty bad, I warn you. I mean Samuel Fuller was bad enough; without even him it’s hopeless. Still, I guess the audiences in the low-rent Mid-West theaters enjoyed it in 1950. They were less demanding in them days. At least Ireland was good.

Variety was surprisingly polite: “Slightly off the beaten track for a Lippert oater, The Return of Jesse James proves a successful experiment for the company. Original yarn by Carl K Hittleman injects the needed action and includes some finely developed characters and a slight psychological overtone which holds interest.” So maybe I’m wrong.

One little postscript of maybe some interest: according to a New York Times article of the day, the film was meant to mark the directorial debut of James Wong Howe, who would co-direct with editor Arthur Hilton. That didn’t happen, for whatever reason, and Howe would have to wait for a seat in the director’s chair. He was one of the very greatest cinematographers of Westerns, in my view, and I would love to have seen an oater he helmed, but he had to wait. He eventually directed Go Man Go, the story of Abe Saperstein and the creation of the Harlem Globetrotters, but he never did a Western. Sigh. 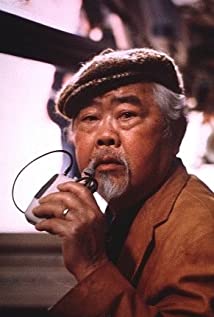