Fellow fans of Bordeaux wines will especially appreciate the clarets of 1990, 2005 and 2009. 1945 and 1961 were also majestic years in days of yore. Certain vintages just stand out as special.

So it is with Western movies (the clarets of the cinematic art).

This was the year of the birth of Jeff Arnold, so it’s already shaping up to be a great one in the history of the Western, hem hem, but even more importantly it was dominated by three great pictures:  Warner Brothers released The Treasure of the Sierra Madre in January, RKO’s Fort Apache came out in March and Red River, filmed back in the fall of 1946, was finally released by United Artists in August. The pictures of this trio are among the finest Westerns ever made – if, that is, you regard Sierra Madre as a Western. I do but some purists may find it disqualified by its Mexican and twentieth-century setting. 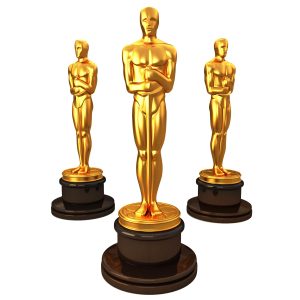 As far as box-office goes, Red River was the top grossing oater of the year, making $9m. Sierra Madre made $5m and Fort Apache ‘only’ $3m. The second-best selling Western was in fact Fox’s Yellow Sky ($5.6m), directed by William A Wellman and starring Gregory Peck, and Paramount’s Bob Hope comedy The Paleface also did well at $4.5m. 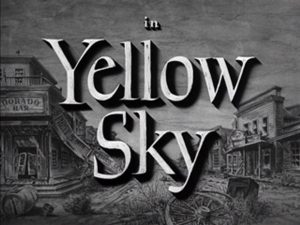 However, the year was graced by far more fine Westerns than just these, splendid examples as they were. John Ford also made 3 Godfathers at MGM, for example, and there were two superb noir Westerns in the shape of Columbia’s Coroner Creek, directed by Ray Enright (his best ever oater in my view) and starring Randolph Scott, and RKO’s Blood on the Moon, with Robert Mitchum leading, helmed by Robert Wise. Both Coroner and Blood were based on Western novels by the fine writer Luke Short.

There were noirish tints also to Columbia’s The Man from Colorado, with Glenn Ford and William Holden and directed by Henry Levin, as well as RKO’s Station West, with Dick Powell, a sort of detective-crime/Western crossover, written yet again by Luke Short.

Victor Mature was (surprisingly?) good in Fox’s Fury at Furnace Creek. Panhandle sold well for Allied Artists, as did Republic’s The Plunderers. Return of the Bad Men was a whoop-de-woo Randolph Scott Western from RKO. Mitchum and Holden returned in October, teamed with Loretta Young, in RKO’s early Western Rachel and the Stranger, and Alan Ladd was railroad detective Whispering Smith for Paramount in December. I myself have a particular fondness for Metro’s Four Faces West, premièred in August, an absolutely charming film starring Mr & Mrs Joel McCrea. Of course there were plenty of one-hour second feature Westerns too, especially for the juvenile market. Gene Autry made two, Roy Rogers seven, Allen ‘Rocky’ Lane did eight, as did Charles Starrett, and there were many more. Serials were also going strong that year, especially at Republic, which produced Adventures of Frank and Jesse James with Clayton Moore as Jesse. 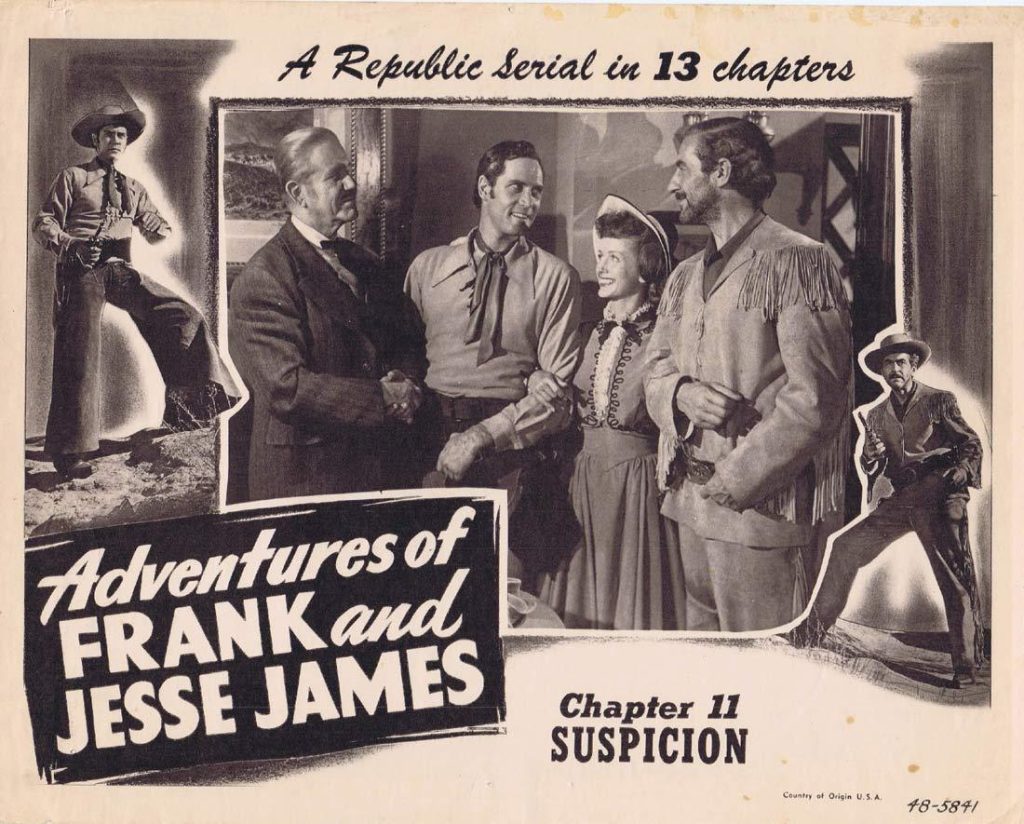 Altogether, there were 128 Westerns released that year, up from 106 the year before. The genre was clearly (re)gaining market share and cinematic ‘respectability’.

So you see we’ve got plenty to get our teeth into, and we’ll start next time with the first of the truly memorable ’48-ers, which starred Humphrey Bogart. So come back soon!

PrevPreviousBankers and bank robberies
NextThe Treasure of the Sierra Madre (Warner Bros, 1948)Next

PrevPreviousBankers and bank robberies
NextThe Treasure of the Sierra Madre (Warner Bros, 1948)Next
Jeff Arnold © 2022 – All rights reserved – Designed by BetterCallChris
Scroll Up