Another noirish Luke Short Western from that great year of 1948

As we continue our season of Westerns from the fine vintage of 1948, let’s look at yet another with a noir tint made from a novel by that fine writer Luke Short. We’ve already seen how Columbia turned Short’s 1945 tale Coroner Creek into a tough Randolph Scott movie released in July and RKO brought out a film version of Short’s 1941 work Gunman’s Chance which it called Blood on the Moon with Robert Mitchum in December. They were both excellent Westerns, gritty, dark and uncompromising as well as supremely well directed and acted. Well, ’48 sure was a good year for Luke because in the fall of that epic year RKO released another: Station West.

Although a Hollywood Reporter article said that it was destined for Lex Barker, Station West starred Dick Powell. Now Powell (1904 – 1963), who had been a jazz singer before entering movies, played a lot of affable juveniles before discovering a talent for the hard-boiled. In 1944 he starred in the first of a series of gangster noirs, as Philip Marlowe (the first film Marlowe) in Murder, My Sweet, and he was Marlowe again on radio. Movies like Cornered, Johnny O’Clock and Cry Danger made him the pre-eminent Hollywood tough guy, and if you wanted a hard private eye, you couldn’t do better. With Westerns a staple of all the studios, big and small, it was perhaps natural that this tough-guyhood of Powell’s would be applied to the oater, though gangsters and cops from black & white East-coast urban thrillers didn’t always make the inter-genre leap successfully: neither Cagney nor Bogart ever looked right in the saddle. In fact, if you exclude the musical comedy Cowboy from Brooklyn (1938), and you would be wise to, then Station West was Powell’s first proper Western.

Powell played all his Western leads as if he were in an LA private-eye story, wisecracking and tough-guying all over the set, but in a quiet, understated, powerful way. In Station West he plays an undercover Army man investigating the murder of two soldiers in a gold robbery. The ideal role for Powell, really.

There is a song sung by Burl Ives over the titles, in that wonderfully honeylike voice he had, and Ives (on loan out from Fox) plays the cynical/wise hotel clerk, somewhere between the fool and the chorus, in a charming performance. Ives was a probably underrated but outstandingly good actor. This was his first Western and he went on to appear in 23 altogether, including some of Dick Powell’s Zane Grey Theatre on TV. His finest Western performance in my view was opposite Robert Ryan in the superb 1959 André De Toth-directed Day of the Outlaw.

Raymond Burr is the cowardly crooked lawyer in town, Bristow. When you’ve been brought up on 1950s and 60s TV, like your Jeff, it’s hard not to think of Perry Mason every time you see Ray Burr but actually that show didn’t start till the fall of 1957 and in fact he had quite a good big-screen Western career before then, appearing in eleven feature oaters, almost always as the crooked guy in a suit.

In true Luke Short fashion (and indeed in a classic set-up in so many Westerns) the hero has two dames (being Powell he probably would have thought of them as broads) to choose between. Jane Greer is particularly good as the conflicted Charlie, the saloon owner.

It was Greer’s second and last big-screen Western, though she too appeared on Dick Powell’s TV show a few times. Director Sidney Lanfield had wanted Dietrich for the part but he was lucky to get Greer. Agnes Moorehead, in her first Western, plays an especially unscrupulous and unattractive mine owner. Lanfield called her ‘hatchet face’ and unkind as that was, there was an element of truth to it. She was to be Jesse James’s mother in Fox’s 1958 effort and she was in a lot of Western TV shows but she never really made it in a big-screen oater.

There’s a lot of skullduggery appropriate to what is basically a nineteenth century crime drama which could have been set at pretty well any era but which happens to be a Western. There’s plot aplenty but that doesn’t slow the action down too much.

The best bit is when Charlie gives Bristow a derringer: a classic use, this, of that pocket gun, as a female saloon owner slips one to a crooked lawyer in a suit. Perfect for Jeff.

The picture was shot in black & white by Harry J Wild, who had been behind the camera for Powell on Murder My Sweet, with exteriors in nice Arizona locations. Wild had started as assistant cameraman on the Oscar-winning Cimarron in 1931 and would work on 31 feature oaters in all, so knew his business.

The movie was, as I say, directed by Sidney Lanfield. He’d directed Joan Bennett in Fox’s Hush Money in 1931 and is probably best known for the same studio’s 1939 Sherlock Holmes mystery The Hound of the Baskervilles. Station West was his first and only big-screen Western, though he went on to do loads of TV oaters, notably Wagon Train and The Deputy. He did pretty well and the pace rattles right along.

The writers who adapted Luke Short’s novel were Frank Fenton and Winston Miller. Fenton would work on River of No Return in ‘54 but also on some classy stuff like Escape from Fort Bravo (1953) for Sturges and Garden of Evil (1954) for Hathaway. Miller had been the boy in The Iron Horse in 1924 and later worked on talkie Westerns since the 1930s. He wrote the tight little Fury at Furnace Creek in 1948 too, and had reached Western heights working on the script of My Darling Clementine for John Ford in 1946. Both writers were experienced, more than competent and knew their onions. They won the Writers’ Guild of America ‘Best Written American Western’ award for it the following year.

So Station West is a taut little Western noir, definitely one of RKO’s better efforts and a worthy contributor to that golden year I so often drone on about. 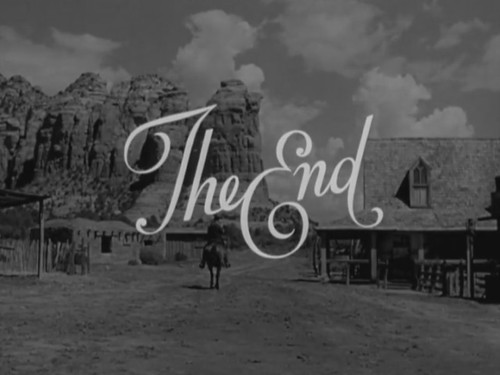 PrevPreviousBlood on the Moon (RKO, 1948)
NextFury at Furnace Creek (Fox, 1948)Next
Jeff Arnold © 2022 – All rights reserved – Designed by BetterCallChris
Scroll Up