Last time we looked at the first of a pair of Western movies that Frank Sinatra put together (he produced them as well as starring) in the early 1960s, Sergeants 3 and 4 for Texas. Today the second, which was even worse than the first.

“The contempt in which all concerned must have held their audience should not be encouraged by willingly viewing this drivel.” Brian Garfield, as so often, is spot-on with this judgment. The fault lies mostly with Frank Sinatra and Robert Aldrich. It lies with Sinatra because although we all know he could act really well (he won an Oscar, after all, in 1953), we also know that he usually didn’t bother, lazily refusing to rehearse, dashing off scenes and never doing retakes, with complete and cynical disregard for the audience. Director Aldrich later calculated that Sinatra worked only 80 hours over the 37 days of shooting. 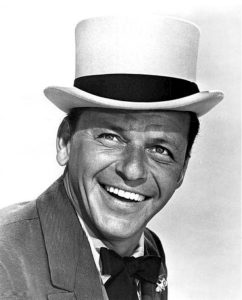 And the fault lies with Aldrich because he submitted to that, co-wrote and co-produced the picture, and allowed his name to be credited to trash. He suffered much on the set of The Last Sunset from producer/star Kirk Douglas and said afterwards he’d only done it for the money, and the same must have applied here. 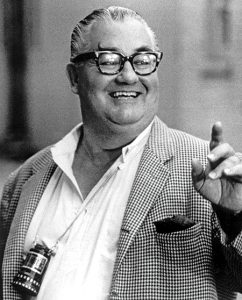 Sinatra did four Westerns (depending on your definition), all very bad. Aldrich directed six Westerns. Some of them made money but only one of them was really good (Ulzana’s Raid); a couple were just about OK though flawed (The Last Sunset and Apache); one was a tiresomely overblown farrago (Vera Cruz); and two were embarrassingly awful (The Frisco Kid and 4 for Texas), so bad that you cringe when watching and would never want to see them again.

Of course everyone loves Dean Martin. Not only did he have the voice of an angel drinking honey, though tragically he does not sing in this movie – ditto Sinatra – but he also had a twinkle in his eye and he was the living embodiment of the word simpatico. And he too could act. But even he is clearly just going through the motions here, probably taking his cue, as per usual, from Sinatra.

Two and two make four, and the other couple of the title are, to complement Sinatra and Martin, the mammary marvels Anita Ekberg and Ursula Andress. Both were poor actors (especially Ekberg) and the idea of Sinatra’s spindly character falling for the huge, overweight Ekberg, wobbling fatly across the set, is ridiculous. It is said that Andress and Ekberg did nude screentests, Hollywood’s first. However, the censors removed all nudity from the finished film.

4 for Texas was, however, not a Rat Pack movie. Sinatra had fallen out with Peter Lawford and Joey Bishop, and there was no part this time for Sammy Davis Jr. It was a Sinatra/Martin two-hander.

It’s set in Galveston and tells of two rival gamblers and saloon owners. Charles Bronson is the bad guy (or even-worse guy one should say because there aren’t any goodies) and Bronson’s acting ability fits right in with that of the bigger stars – i.e. none was shown, if indeed, in certain cases, any ever existed. Any decent actors are wasted: Bronson shoots Jack Elam  even before the opening titles have finished. One-Reel Jack was used to getting killed early in a Western but this is plain silly, hardly worth turning up for (Bronson shot him again in Once Upon a Time in the West but at least that opening was longer and gave Jack a chance to shine). Richard Jaeckel and Bob Steele appear briefly but sadly are also squandered in bit parts. It was the last film of the great Jack Lambert.

The Three Stooges have a singularly unfunny cameo.

And why on earth did the movie have to have a runtime of over two hours? It’s a total drag.

The only good thing is that there are quite a few derringers.

The picture was budgeted at $4.52m so it was no B-movie. It made $8m in the US. Sergeants 3 had also done well. Sinatra said, “Of course they’re not great movies. No one could claim that. But every movie I’ve made through my own company has made money.” Another way of saying that would be ‘I know they’re crap but I cashed in, which is all that counts.’

At the time, Variety said that “Four For Texas is a western too preoccupied with sex and romance to enthrall sagebrush-happy moppets and too unwilling to take itself seriously to sustain the attention of an adult.” It called the screenplay “choppy and haphazard”.

Dennis Schwartz called it “A stupid and overlong Rat Pack sex comedy Western that bites the dust with hardly any intentional laughs.”

The picture came 4th in the Top Action Drama category of the Golden Laurel Awards. Wow, such fame. 4 for Texas is complete junk, an early 60s commercial Western of the worst kind, and should be avoided at all costs.