Border Shootout, also known as Law at Randado, was a TV Western of moderate interest because it was based on a story by Elmore Leonard, and was Glenn Ford’s last Western appearance.

It was directed and the screenplay was written by Chris McIntyre, the only Western he had done to date (he has since done another one).

The Law at Randado was an early Leonard novel (1954) but like most Leonard, it is spare, actiony and gripping. Being an EL tale, it is set in the Southwest. 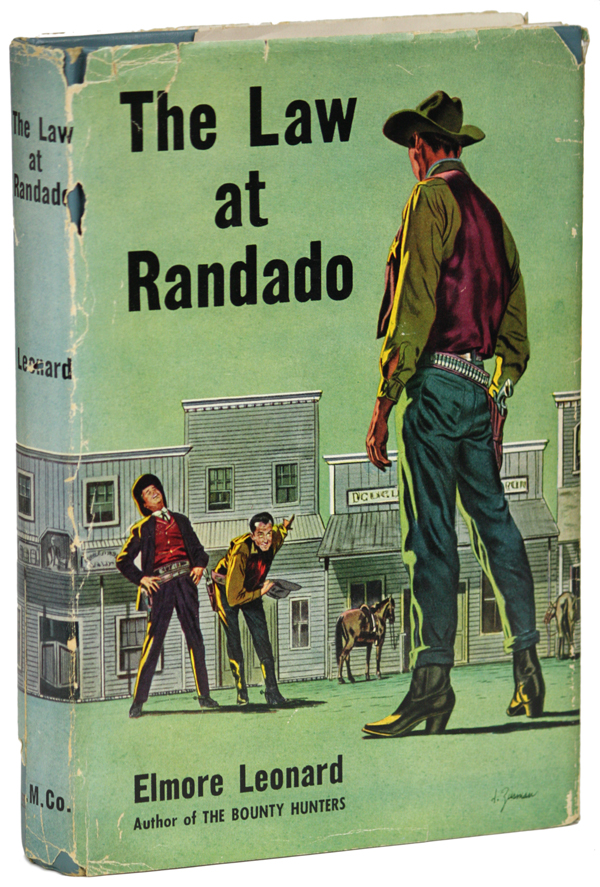 It’s a coming-of-age story about a young man, Kirby Frye (a rather wooden Cody Glenn in the movie) who is appointed a deputy and battles the bad guys as much with brains as with guns. He is no quick-draw superhero, just a regular guy trying to do the right thing, and he often doesn’t manage.

In fact Glenn is the benign county sheriff who hires Kirby. It was a very small part for Ford and only listed in the ‘Rest of cast listed alphabetically’ section, below the line, as it were. He was 74 and rather obviously substituted by a stuntman on occasions, and even just walking about town does look a bit stiff. Still, it’s Glenn alright.

The villain is the spoilt son of a rich rancher, Phil Sundeen (Jeff Kaake). It’s funny how bad guys in Westerns often have –een names.

Unfortunately, McIntyre tried to ‘improve’ the Leonard story. The additions and interpolations don’t do the movie any favors and the development of the plot is uneven to say the least.

The editing is also noticeably bad.

There’s the obligatory border town shoot-out at the end, when the hero finally comes good.

It’s the kind of movie you might idly watch if it happened to come on, but you wouldn’t marvel at it, and you wouldn’t be missing much if you skipped it either. 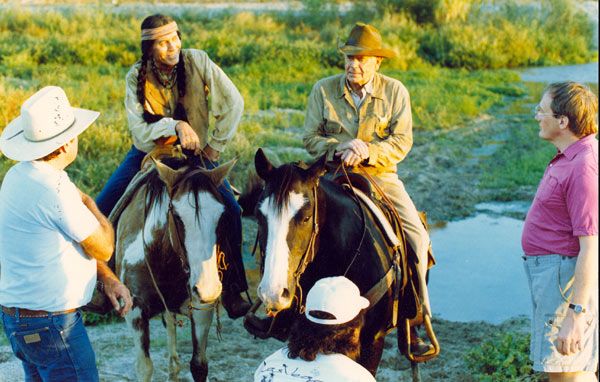 PrevPreviousDay of the Evil Gun (MGM, 1968)
NextMontana (Warner Bros, 1950)Next
Jeff Arnold © 2022 – All rights reserved – Designed by BetterCallChris
Scroll Up