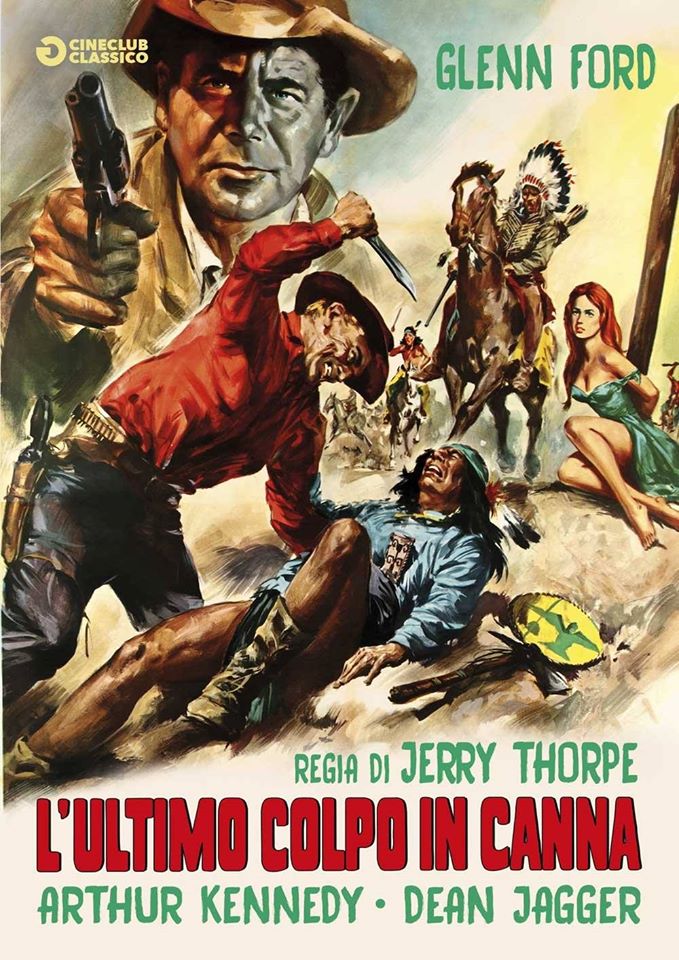 Day of the Evil Gun is a tough but essentially poor late-60s Western. Thank goodness it had Glenn Ford in it; otherwise it would have been a total clunker. But Glenn was fine, always. He lifted a mediocre picture and saved a bad one. 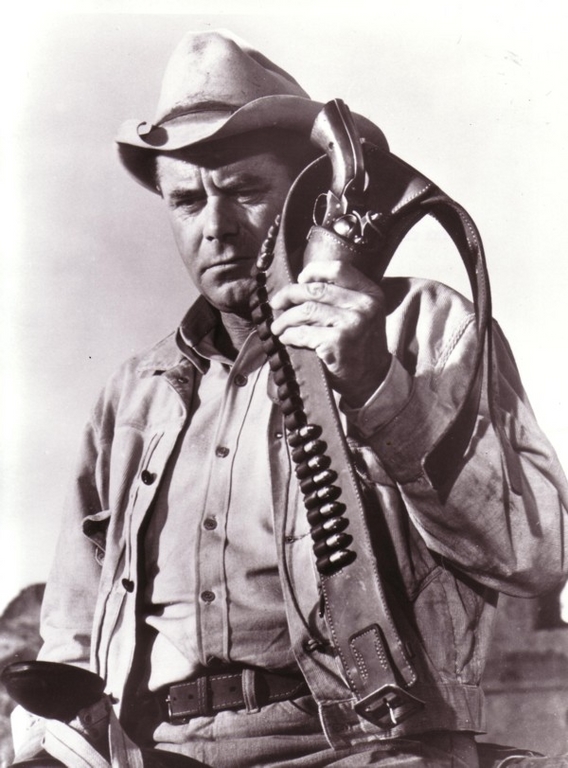 It was a bad time for Ford, though. He just got out of a difficult divorce and was behaving strangely with his son: one day he was friendly and the other nasty. He was definitely overweight and he looked tired. He was now 52 and it kinda showed.

Maybe MGM (it was a Metro production, not just a release) was aiming for the cachet of some of the many Day of Westerns of yore, hoping that some of the stardust would rub off onto their ’68 one. You know, Day of Anger, Day of Fury, Day of the Badman, Day of the Outlaw, and so on.

This one is about two neighbors (Glenn Ford and Arthur Kennedy) who team up to rescue ex-gunfighter Glenn’s wife and children who have been taken by Indians (it’s called Le Jour des Apaches in French). It’s the captivity narrative yet again – the oldest Western plot there was, which dated right back to Fenimore Cooper. Maybe they were going for a The Searchers/Two Rode Together vibe but if so, they failed dismally.

It soon turns out that Kennedy has been romancing Ford’s wife in Ford’s absence. However, you can’t really tell from the script which of the guys is the goody and which the baddy, except that Glenn’s one of them so it’s a bit obvious. But you don’t know from their actions. My, how Kennedy could overact sometimes!

They have to face Mexican bandidos, Indians, torture and army deserters, not to mention a town hit by cholera. 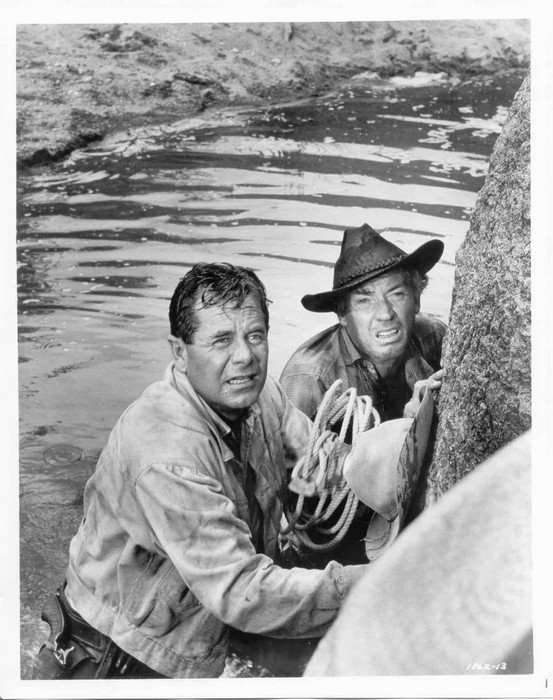 It was shot in Mexico by W Wallace Kelley, not the greatest cinematographic artist perhaps, though there are some nice shots. Jeff Alexander did the music so it ought to have been alright. But it wasn’t. The dialogue was by Charles Marquis Warren so ought to have been at least passable but it is clichéd and ponderous. The director was Jerry Thorpe. Who? I hear you cry. Well, quite. This was his only feature Western at the helm, though he’d been 2nd unit assistant under William A Wellman on Westward the Women, so one would imagine he might have learned something. But really he was a TV guy, and it is said that the picture had been intended for TV originally but then the studio decided on a theatrical release. Hard to see why. Jerry was Richard Thorpe’s son; Richard had Vengeance Valley and dozens of other big-screen Westerns to his credit. Interestingly, he had directed Glenn Ford the year before in The Last Challenge. I don’t reckon Glenn would have thought ‘like father, like son’.

The acting, with the exception of Ford and John Anderson, very good as a corrupt army officer, is universally dull. Dean Jagger, Harry Dean Stanton, Paul Fix, Royal Dano, James Griffith: all good or very good Western actors, are here poor. Perhaps with the script they had and the director, they couldn’t overcome those handicaps. The great RG Armstrong had been slated to play the sheriff but dropped out and then Lon Chaney did too, said by some to be so incapacitated by drink on the set that he couldn’t work, so it went to Fix. It’s a micropart anyway.

There are even scenes when they ‘ride’ fake horses against back projection. I always hate that and Glenn Ford, that supreme horseman? Shame on them. MGM was often guilty of this, even in big-budget pictures.

Kennedy’s teeth are as obviously false as the horses. Perhaps it’s the teeth that lead him to call them Aparches.

The women are just ciphers.

The inevitable last-reel showdown between Ford and Kennedy has little suspense.

The New York Times thought “the characterizations of the principals are dour, laconic jobs that are not likely to set new standards in the business.”

Many later critics have not been kinder (Brian Garfield said, “The flick is genuinely tedious”) though Dennis Schwartz likes it, calling it “a darn good formulaic Western.”

I’m afraid I can’t agree with Dennis. In all honesty, this picture has little to recommend it.

It ended with the usual disclaimer, which should probably have read “The events, characters and firms depicted in this photoplay are typical late-1960s Western. Any similarity to a good Glenn Ford Western of earlier years is purely coincidental.”