Just about a Western

Most of the Westerns Clark Gable did weren’t really Westerns at all. The Call of the Wild, Boom Town, Honky Tonk all had Western aspects but they weren’t true oaters. Some were too modern (The Misfits) or too early (Across the Wide Missouri). You could argue that he only ever did two Westerns, The Tall Men and The King and Four Queens – and neither of those was very good.

Still, although Lone Star is set in 1840s Texas and is more a sensational political drama/torrid romance really, there’s a good deal of galloping about, men, including Gable, wear revolvers in holsters, there are Apaches and there’s a final big shoot-out. It’s Western enough. 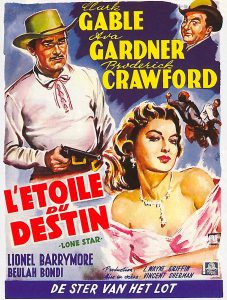 For Gable it came the year after Across the Wide Missouri, which, though it was hacked about by Metro execs to the extent that director William Wellman said that he never watched it and never would, was still popular with movie-goers, and grossed $5.5m domestic in the year. Lone Star was clearly tailored to Gable and co-star Ava Gardner. However, it didn’t repeat the Across the Wide Missouri magic. It made a profit of $990,000 according to studio records. Not chicken feed, certainly, but hardly a major box office smash. 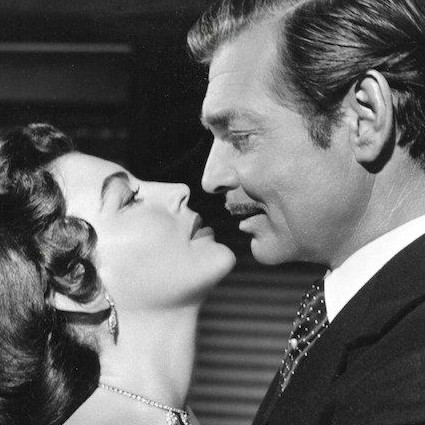 It was produced by non-Westerner Z Wayne Grifffin, who had handled Gable with Loretta Young in Key to the City in 1950, and it was directed by Vincent Sherman, his only feature Western apart from a few scenes he did on The Hanging Tree when Delmer Daves was ill. It was therefore the only Western for both of them. To be fair to Sherman, the film rattles right along.

Patrick Brion, in his Encyclopédie du Western says that the film had been slated for Howard Hawks but that he pulled out, considering the screenplay weak.

It was shot in black & white by Harold Rosson, who worked sixteen times with Gable but yet again was hardly a Western specialist. The locations were Californian, not Texas, but still it’s quite a good-looking picture. There are some nice landscapes. The lack of color didn’t hamper some imposing Westerns of the time, such as The Big Sky. I’ve seen a colorized version on TV but I prefer the original. There are a lot of those studio close-ups against back-projected location shots, of which MGM was particularly guilty. It always looked false.

The screenplay was by Borden Chase, famous for Red River and Winchester ’73, from a story by Howard Estabrook, who had worked on RKO’s Cimarron and Paramount’s Wells Fargo. Naturally, it’s historical bunkum, but that’s OK. At least it doesn’t claim to be a true story.

It’s an 1845 tale of how the Republic of Texas joined the Union. Gable is Devereaux Burke, known as Dev, a Texas cattleman and adventurer, cynical, wry and thin-mustached, naturally (well, it’s Gable). 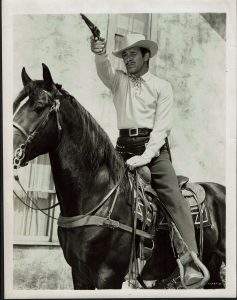 He favors annexation, but comes into conflict with Tom Craden, ultra-rich Austin businessman with political ambitions who is determined to thwart this plan whatever it takes, even holding as prisoner Senator Ed Begley and Senator Russell Simpson in order to prevent them from voting for it. Craden is played by Broderick Crawford, giving it plenty. I always felt Crawford was unsuited to Westerns, though he liked them and did many. Here he is OK when in a frock coat in his mansion doing political skullduggery, though much less convincing in range duds on a horse. Most of the latter time in any case it was clearly his stunt double doing the ridin’, as you can tell because they couldn’t find a stuntman quite, ahem, ample enough to be convincing as Brod, who was already in ’52 showing signs of let us say avoirdupois.

As for the romance angle, well, gorgeous Ava Gardner is Craden’s amour, but she finds herself increasingly drawn to the handsome Dev, though it’s love/hate for while (she even tries to get him with a derringer). She’s a newspaper owner and is all against annexation because it will bring about war with Mexico and she’s had quite enough of war, thank you very much, what with all that unpleasantness at the Alamo and such. So you see Craden and Dev have more than one reason to be rivals, though they do kind of go around saving each other’s life a bit. 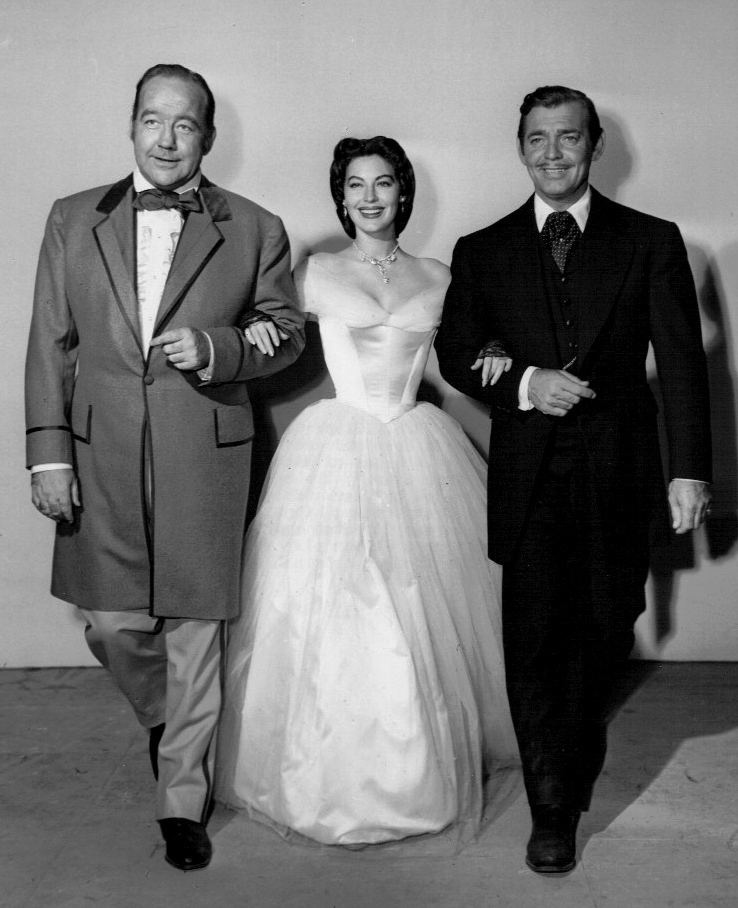 Lionel Barrymore added weight to the cast with a cameo as Andrew Jackson. He’d been Andy before, in The Gorgeous Hussy in 1936, and Beulah Bondi had played his wife. Now Ms Bondi is the canny Minnie who acts on Jackson’s behalf (sometimes deciding for him). 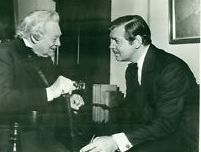 Ultra-experienced Moroni Olsen (Walter Beardsley in Notorious, Buffalo Bill in Annie Oakley) is Sam Houston. He is off making a treaty with the Apaches and adjudicating their disputes at the invitation of Mangas Coloradas. Dev tracks Sam down there to get him to throw his weight behind annexation, which makes Craden go grrr, and follow Dev and try to do him in (again). Our old friend Chief Yowlachie plays the great Mangas Coloradas, billed as Mangas Colorado. At least the great Apache Mangas got a screen appearance; he hardly ever does. Houston bosses a young Geronimo about a lot, ordering him to fetch his saddlebags and so forth. Geronimo is played by Robert Foster Dover, 18 but looking younger, chief’s son who had palled up with George Montgomery in Indian Uprising over at Columbia earlier in the year. The boy announces that though the son of a medicine man he will be chief of all the Apaches one day when he is older.

It all climaxes in a major street battle and a desperate one-on-one fight between Clark and Brod (or their doubles anyway) but Sam arrives in the nick of time with his friendly Apaches, annexation is ratified, Brod is thwarted but shows himself a patriot after all and, of course, Clark and Ava end in a warm embrace. All historically accurate, naturellement. 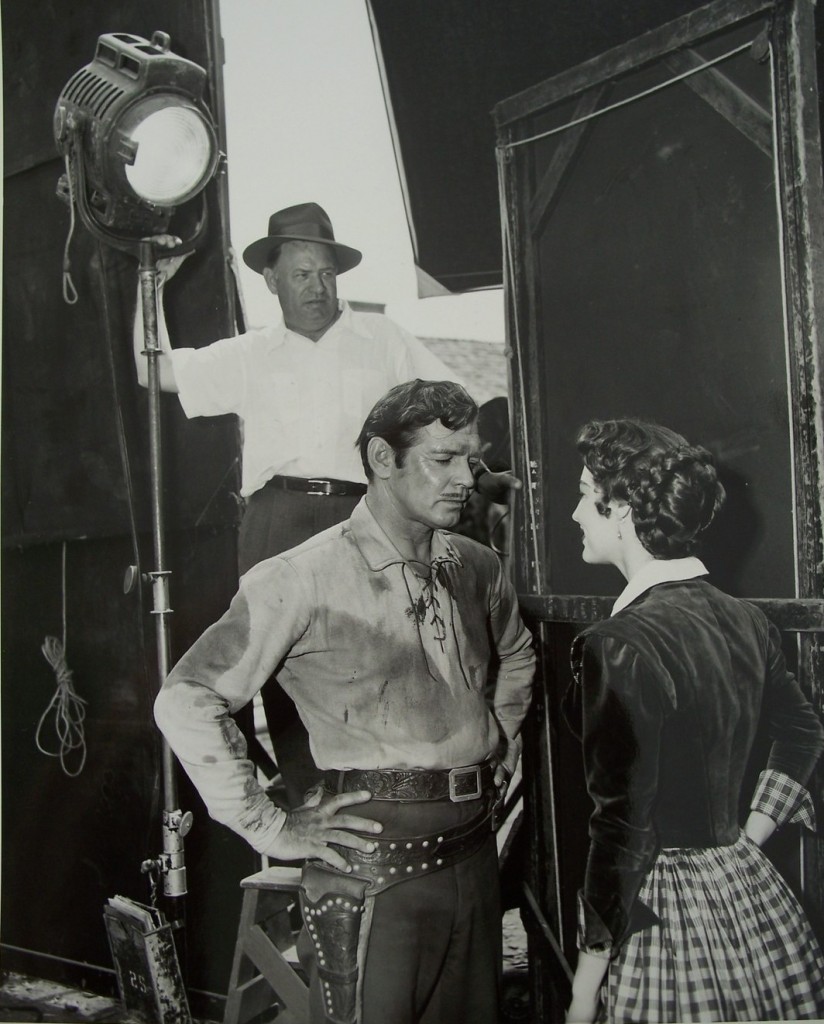 Reviewer ‘AW’ in The New York Times was a bit lukewarm, commenting that “despite its historic overtones, Lone Star is merely a king-size Western in which love is as mighty as muscle.” He called Broderick Crawford “a standard, snarling bad man” (which he was a bit) and as for Ava, he said “Miss Gardner, on the other hand, is decorative but not much more.”

Later opinions have also not been exactly ecstatic. Brian Garfield in his 1982 guide called it an “old-fashioned formula epic” which “comes out more romance than history.” He summed it up as “lavish and sprawling but dated.” That’s about right.

Still, I reckon that although it’s all a bit of a potboiler, it’s energetic and enjoyable. Gable is debonair, Gardner is stunning, there’s plenty of action and a leavening of humor. I didn’t mind it at all. And I thought it was quite Western. 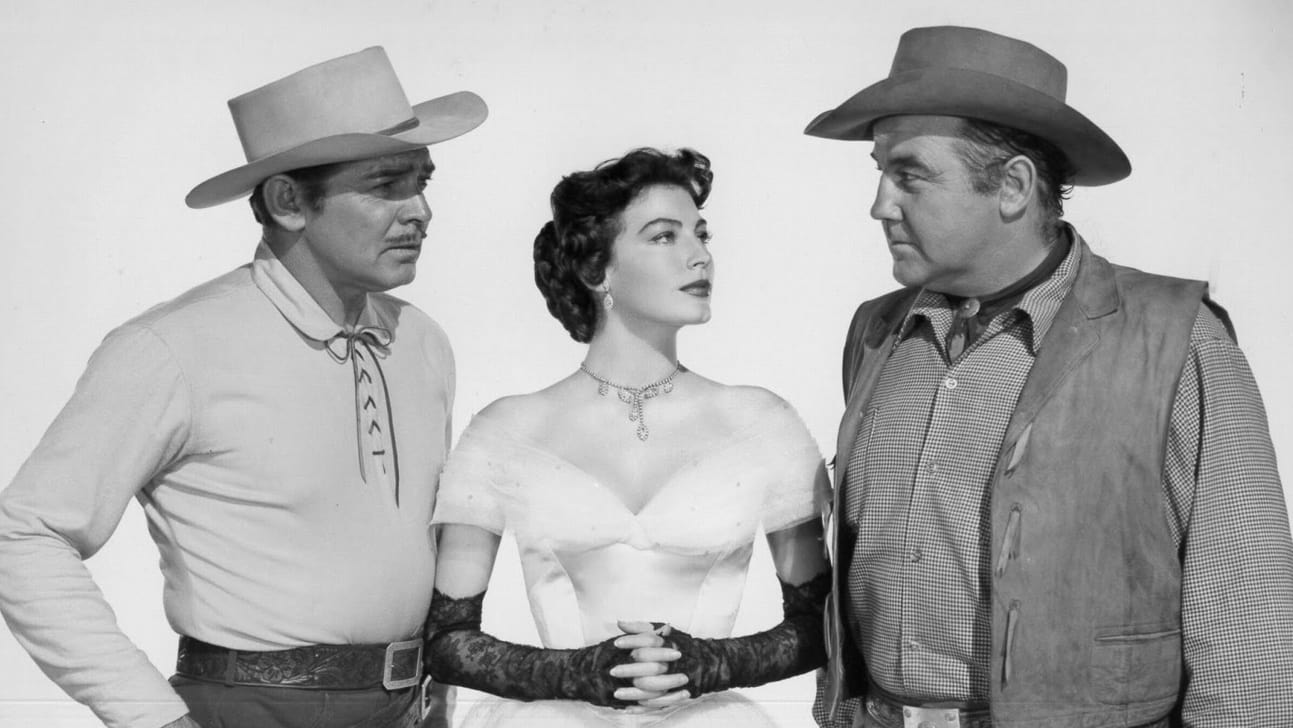