.
.
It gives you that buzz
.
.
One huge benefit of modern times has been that we can travel. Only the other day, in historical terms, visiting places was reserved for the rich and idle. Aristocrats made the Grand Tour, coaching from Renaissance ruin to German spa with obsequious servants and bankers’ drafts. The average working person traveled no further than 20 miles from her or his residence; there was no time, money or means of transport to do otherwise. As there was no education to speak of either, there was no desire to travel anyway.
And I do not speak of the poor peasant. I mean most people. Even if you grew up, as Jeff did, in the post-War (I mean World War II) era in the ‘developed’ West (I intend the Timothy Garton Ash/Niall Ferguson-type Western world, not the Wild West that usually obsesses me – you know, North America, Europe, capitalism, civilization), when could you travel? Properly travel, I mean: go abroad, experience other languages, cultures, food, smells. You couldn’t. It was only with the arrival of package holidays and charter flights that we, ordinary people, could actually go to another country. That was the 60s, really, or, for most people, the 70s. Even then only if your family had the wherewithal.
.
.

There were always intrepid travelers. Explorers, mountain men, navigators. They were heroes. They braved the seven seas, the untracked deserts, the high ranges. But they were either rich people or in olden times or unspeakably brave, bold and adventurous. I couldn’t do that, not little me.

Yeah, well, we weren’t the only ones.

That’s one of the reasons why Westerns were so attractive, I guess. They told of adventure, unknown vistas, migration, virgin territory, the Way West. Places where you needed courage, enterprise, self-sufficiency, where you needed your wits about you. No wonder we were enthralled.

But then travel eventually arrived. We could go places. Even before Trip Advisor and EasyJet and credit cards, boys and girls, I know that’s hard to imagine, we could actually get off our butts and visit places. In the US cars, gas and motels were cheap. Abroad, flights became possible, phrase books available. Unbelievably exotic destinations beckoned. Paris, France! Wow! Maybe the land of your fathers, Sweden, Scotland, Italy, Ireland, wherever that was. Later on, even Slovakia, Poland, the Ukraine.

Travel broadens the mind. Like most clichés, that’s true. That’s why they’re clichés. Visiting places opens your brain up. You experience other cultures and ways of looking at things and other political opinions and histories. And smells. You meet people who speak differently and say different things. They eat other food and drink strange brews. It’s wonderful. They have lovely, musical, at first unintelligible languages, and then you begin to get it. Travel. It grabs you. It’s a drug.

Why do you think every damn corner of this poor planet is teeming with American girls and French boys and Brazilian retirees and Danish teachers? They’re hooked. We all are.

And if you have a particular interest , a goal, a destination, well, nothing on Earth is going to stop you getting there now. Jazz lovers arrive in New Orleans hostels in their droves, anthropologists in Borneo, archaeologists in Pompeii, wine lovers in Bordeaux, classic car lovers in Goodwood, and who shall say them nay? Me, I go to Dodge, Tombstone, Las Vegas NM and Wyoming. That’s where I wander. I want to tread where the Earps swaggered, where Cassidy hid in his hole in the wall, where Billy shot his way out of the court house in Lincoln or was shot down in his turn at Fort Sumner. Call me strange (I dare you) but there we are. That’s where I wanna go.

There are drawbacks. Because everyone can go there, everyone does. I went to Venice recently. I thought maybe early in the year would be less crowded. Mistake. Venice is unvisitable already. You have to shuffle in a conga over the Bridge of Sighs. Carcassonne was so appalling that I had to turn round and go back to the car park. I couldn’t get through the trippers or past the souvenir shops. I just didn’t want to be there. Don’t go to Deadwood. It’s Disney.
.
. 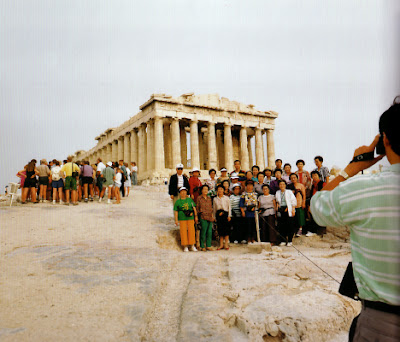 But every so often you find somewhere that still has it. The atmosphere is there. Lincoln NM, Hadrian’s Wall, Urbino, Monument Valley. You can stand there and be there and feel it. The Little Big Horn battle site. It still has a magic. At least for now. And when you find it, it makes all the hassle of passport control and metal detectors and the Motel 6 worth it. It gives you that buzz. 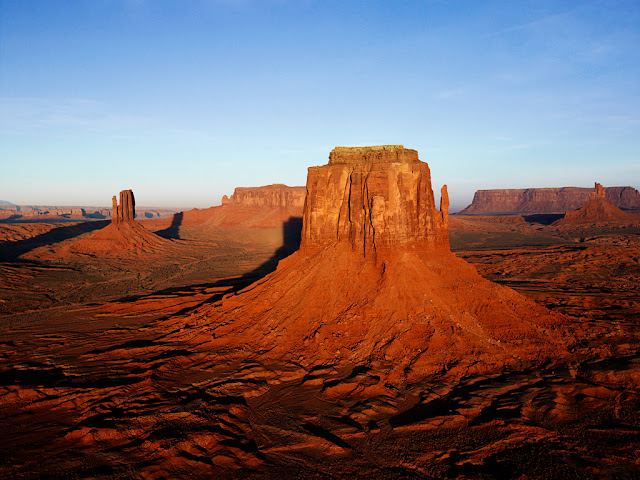