Bobby Darin tries on a Stetson
.

In the 1950s and 60s Universal produced many Westerns and a lot of them were of a considerable quality. Audie Murphy and Jeff Chandler, for example, were maybe no John Wayne in terms of cowboy-star box-office but they were in a long series of quite high quality oaters, and the films were generally well photographed in impressive and Western-looking locations. Production values were high.
However, the studios also churned out some clunkers. Some of the Westerns were distinctly ‘minor’. Take, for example, Gunfight in Abilene, starring Bobby Darin, who, as an actor, made a great singer. In 1964 Darin was nominated for an Academy Award for Best Supporting Actor (in Captain Newman, M.D.), but you wouldn’t guess that from this movie, where he is, frankly, wooden. This was his only Western, and little wonder. Maybe he was trying to be Dean Martin. If so, he didn’t make it.
.
. 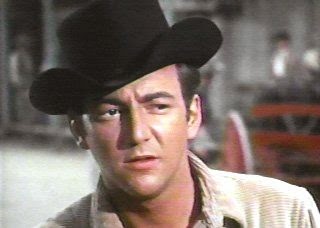 Stick to 45 rpms for teeny-boppers, Bobby
.
Right from the cheesy titles and corny introductory Darin ballad you get the impression that this movie was low quality. Was it maybe made for TV? Yes, it’s in color and Techniscope but the acting, writing and direction are all pretty poor. It was written by Berne Giler, who was just starting a long career of writing TV western shows, and John DF Black, ditto, and sports a clichéd and improbable script. It was directed in a predictable and pretty clunky way by William Hale, known for the Cheyenne series on TV. The cast supporting Darin are hardly megastars, Leslie Nielsen as the baddy Grant Evers being about the highest profile.
.
. 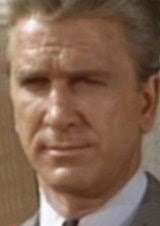 About the best actor in it

The film was in fact a remake. Producer Howard Christie was so fond of Showdown at Abilene, a prefectly satisfactory if unoriginal Universal oater of 1956 starring Jock Mahoney (and Lyle Bettger in the Nielsen part) that he decided to make the film again. The 60s one wasn’t nearly as good as the 50s one, though.

Both films are about the hero shocked by the war into not wearing a gun – but we know that inevitably he will strap it back on to deal with the bad guy.

They all wear very 60s tight clothes and use post-1873 Colts in a story set just after the Civil War. There’s a Main Street showdown at the end, not very well staged. And then we have to suffer Bobby Darin’s singing again at the end in the soppy song Amy.
.
. 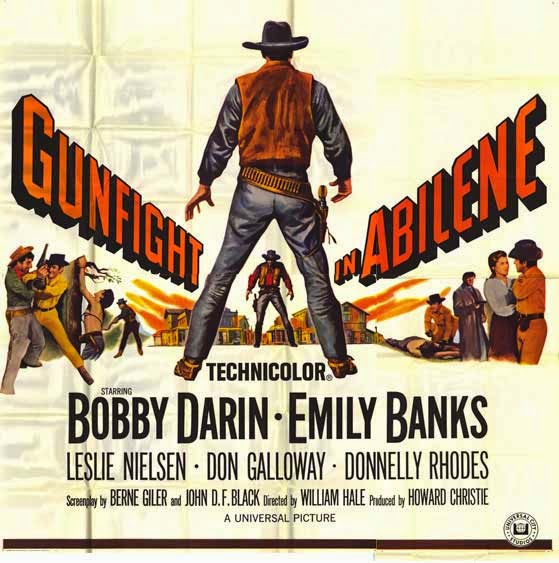 PrevPreviousLawman aka The Way of the West, The Mountie, The Ranger (Travesty Productions, 2011)
NextThe Texas RangersNext

PrevPreviousLawman aka The Way of the West, The Mountie, The Ranger (Travesty Productions, 2011)
NextThe Texas RangersNext
Jeff Arnold © 2022 – All rights reserved – Designed by BetterCallChris
Scroll Up