.
A gringo adventurer in the Mexican revolution? Where I have seen that before?

I admit to having a soft spot for Westerns set in revoltionary Mexico, especially if there’s a connection to Pancho Villa.

Of course purists don’t consider these stories Westerns at all, being set in Mexico as they are and in the twentieth century. But for me they are Westerns alright, no doubt about it.
Well, Rory Calhoun was the gringo in old Mehico in 1955. And a mid-50s RKO color Western with Rory, directed by good old George Sherman and with Gilbert Roland and Joseph Calleia in the cast, hell, what’s not to like? 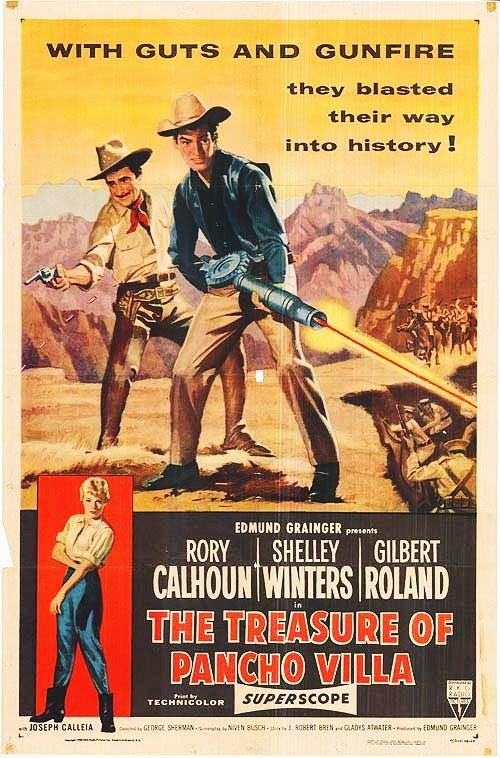 .Rory was going to do Shotgun, which he had had a stab at writing, but changed his mind at the last mo’, handing it over to Sterling Hayden and doing Treasure instead.

It’s 1915 (as is right and proper for these tales) and two adventurers out for gold, one a Mexican colonel (Gilbert, of course) and one a Yankee gringo (Rory, naturally), are after gold bullion destined for Pancho Villa to fund his revoluciόn. Yup, they want it for themselves. “One last job, gringo,” says Gilbert. All these pictures have a gringo gun-runner or whatever and a charismatic Mexican rebel; it was de rigueur. Gilbert is dashing as ever and you can tell he is Mexican because he whistles La Cucaracha. Rory is the tough mercenary Tom Bryan but of course he is secretly a goody, deep down.

I wasn’t too much of a Rory Calhoun fan as a Western-obsessed boy in the 50s for some reason but in my dotage (and I have got to the stage in my life where I do dotage) I have come round to thinking he was pretty damn good in the saddle. He’d started by co-starring with Guy Madison in Massacre River in 1949 and got his first Western lead (if Western it was) in the Jacques Tourneur-directed Way of a Gaucho in 1954. The following year he famously starred with Robert Mitchum and Marilyn Monroe in River of No Return. Pancho Villa was his thirteenth big-screen Western and I think he’s durned good in it. 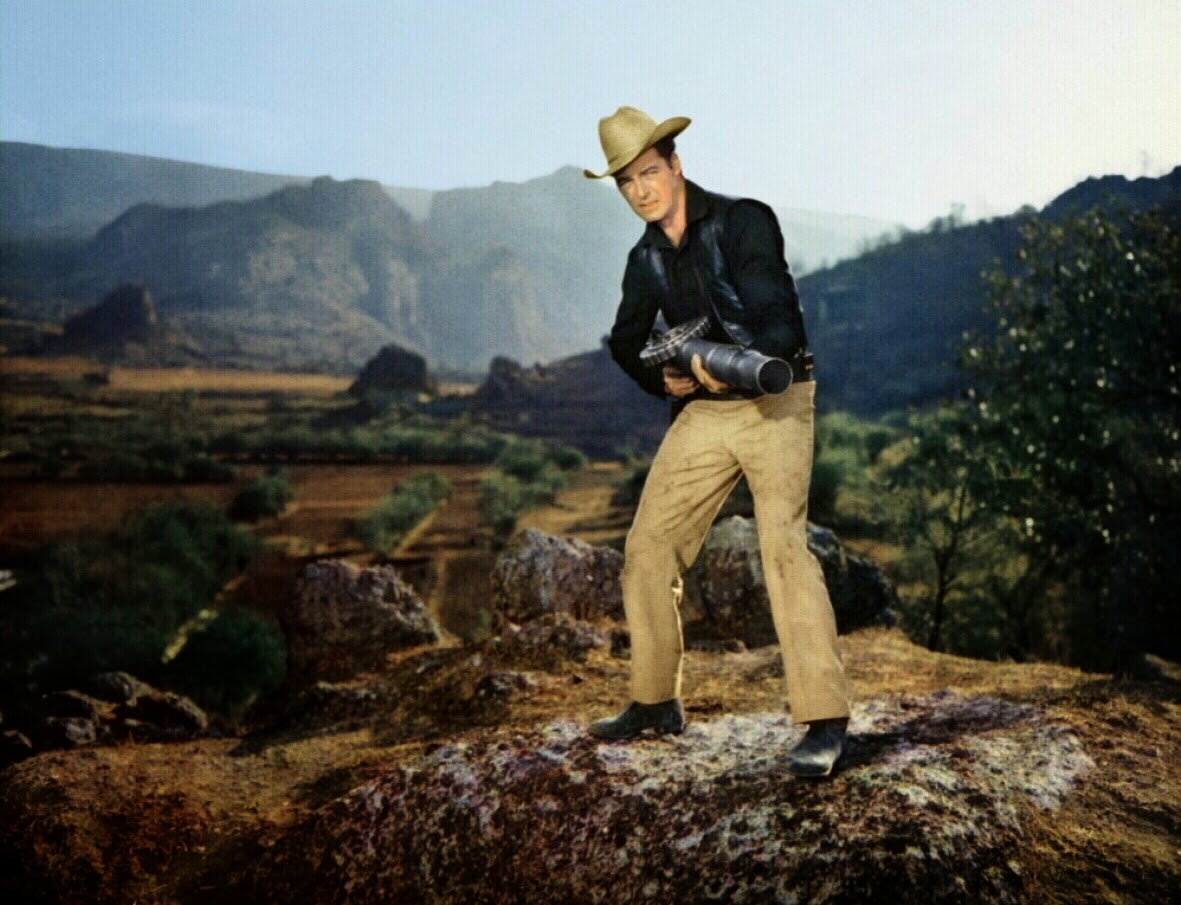 There has to be love interest, of course, and Shelley Winters is the pro-revolutionary daughter of a mine owner. She kinda fancies Rory but is put off by his lack of crusading zeal. Ms Winters was never, I thought, that good in Westerns. It would be ungallant of me to suggest that she had a weight problem and indeed, in this one, her girth is still relatively modest. It wasn’t that. She just never seemed right, somehow. She was better as a gangster’s moll or the like. She had started her prairie career in a very small part as an uncredited dance hall girl in Red River in 1948 but came to fame, as far as oaters are concerned, as the luscious Lola for James Stewart to woo in Winchester ’73 in 1950 (though he seemed more interested in the rifle). She was the eponymous Frenchie in Universal’s Destry remake the same year, then starred with Joseph Cotten (they were both unsuited to the genre) in Untamed Frontier in ’52 and she romanced Mountie Alan Ladd in the Raoul Walsh-directed Saskatchewan in ’54. Pancho Villa was her sixth, and last oater until a late ‘comedy’ Western, The Scalphunters in 1968 with Burt Lancaster and Telly Savalas. To be brutally frank, it was a less than glorious Western career.
.
. 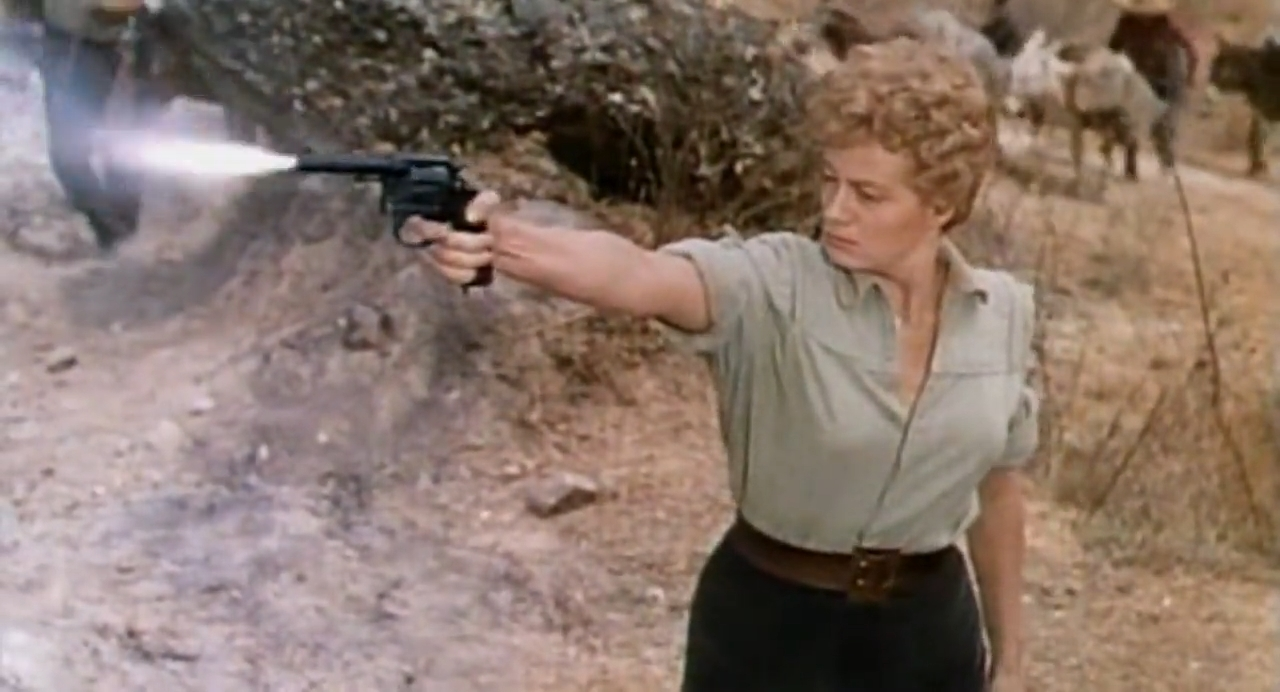 Shelley not quite right in Westerns

You have to love Gilbert Roland (Luis Antonio Damaso de Alonso), born in Mexico in 1905. He combined Latin-lover flair and Western swagger (and a caddish mustache) with – there’s only one word for it – aplomb. He was a natural for Westerns, even before The Cisco Kid, especially if a Mexican were needed, and he had starred in them since Men of the North in 1930. He was a Mex Colonel to a Hollywood gringo again in Bandido! the year after Pancho Villa, so the formula obviously worked. In ’56 the gringo was of course Bob Mitchum, as per usual. Anyway, I always like Gilbert. I mean just look at this photo. Is that cool or what?
.
. 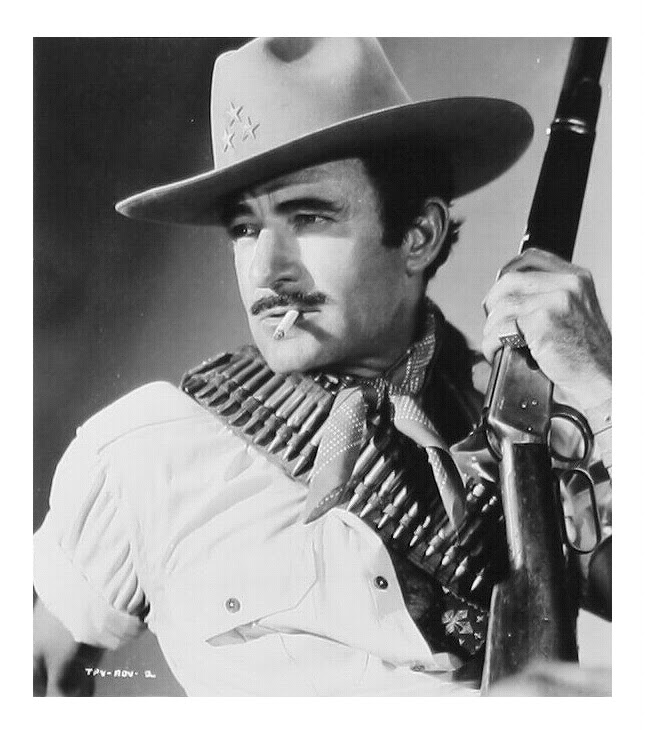 Joseph Calleia was another of Hollywood’s tame Mexicans. I think he was never less than excellent. I first came across him in the delightful 1948 Joel McCrea outing Four Faces West (an outstanding Western) but he was in a lot. He had actually started on the writing team of the 1936 Joaquin Murrieta tale Robin Hood of El Dorado and he had first appeared as an actor in an oater in The Bad Man of Brimstone in 1937. Wallace Beery was the badman in question, and Calleia appeared with Beery again in Wyoming in 1940. That year too he was the best thing about the WC Fields/Mae West dud My Little Chickadee where he played Jeff Baxter, the saloon owner and town boss, who is also the Zorroesque “Masked Bandit”. He had parts in two Alan Ladd Westerns, Branded aand The Iron Mistress, and Pancho Villa, where he is Pablo Morales and, it turns out, rather a stinker, was his ninth horse opera. Watch out for him; he always lifted a movie. 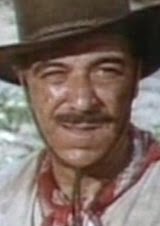 So much for the cast. As to the direction, well, George Sherman (1908 – 1991) was a more than reliable helmsman of oaters. He did a lot of those Three Mesquiteers pictures in the 1930s and John Wayne remembered him on big later Batjac Westerns, though by then Sherman was really only director in name, Duke himself having to do most of the work on Big Jake. But pint-sized Sherman (he barely reached five foot) was involved in 158 Westerns altogether, from 1935 to 1971. He was a real pro, and knew exactly what was needed and how to do it. 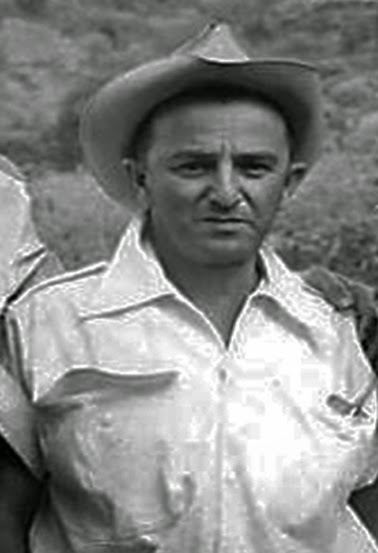 The writing on The Treasure of Pancho Villa was, on paper, surprisingly classy. A story by Mexico-born J Robert Bren and Gladys Atwater, a husband-and-wife team who had collaborated on a good number of oaters was worked up into a screenplay (his last) by novelist Niven Busch, no less. I mean, respect.
.
. 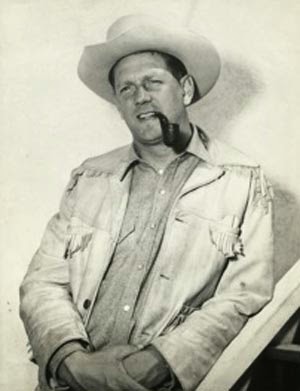 Niven Busch
.
Given all these top-notch hired pens, the screenplay of Pancho Villa was in fact surprisingly clunky and pedestrian. But never mind. 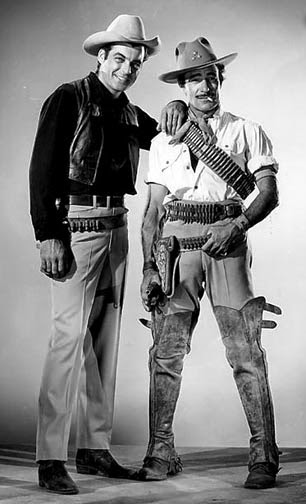 Rory and Gilbert, after the gold. Dig the boots.

Morelos locations were used and the DP was William E Snyder of The Man from Colorado and The Americano fame so the picture is visually attractive, shot on a $2m budget in SuperScope.

Rory has a Lewis machine gun. It’s first seen in a ‘cello case, and perhaps that’s where spaghettis got their obsession with machine guns in music cases (and later, coffins). The pursuing Federales have Yaqui scouts and trackers. Rory’s costume makes no allowances for 1915 Mexico but is his classic rig from dozens of oaters set in the 1870s.