.
.
With the studio/star system breaking down in the late 50s, Robert Taylor’s contract with MGM expired and was not renewed.  The Law and Jake Wade, in 1958, was the last Western he made for the studio. Taylor now formed his own company, Robert Taylor Productions, and his first outing in the saddle for that outfit was the result of a deal he did with Paramount.
.
. 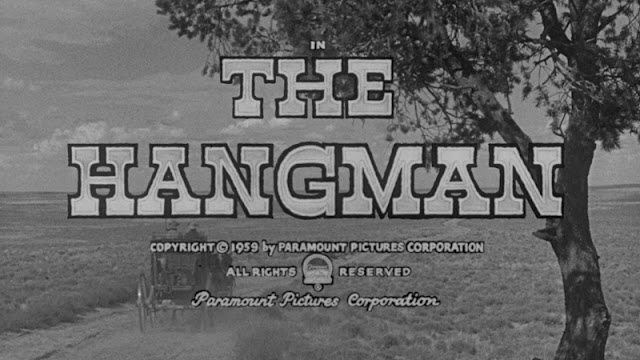 .
The project had an excellent pedigree. It would be written by John Ford regular Dudley Nichols, from a story by Luke Short, one of the best Western novelists of all. It would be photographed by the Shane-Oscared Loyal Griggs. The art direction was by the great Henry Bumstead. It would have as the sheriff the then immensely popular Fess Parker (popular because of ABC’s Davy Crockett) backing Taylor up. And it would be directed by Casablanca and Dodge City maestro Michael Curtiz. That’s quite a line-up.

Luke Short, Michael Curtiz, Loyal Griggs
.
The fact remains that it looks like a minorWestern, almost a TV one. The black and white, for one thing, looked sub-standard in an era when the big studios like Paramount were expected to make Westerns in color. The sets were modest (mostly the very recognizable Paramount Western town) and the budget restrained. There was nothing sweeping about the vistas, nor was there a cast of thousands. Apart from Taylor and Parker there were few big names. Taylor was physically rather showing his age. It was a late and non-Warners Curtiz, and anyway Curtiz never quite ‘got’ Westerns, in my view. And in this one he didn’t even have scope for Curtiz-ish adventure-action or busy crowd scenes (only the washerwomen interlude was recognizably Curtiz).
Still, for all that, The Hangman is a good, tight, slightly noirish Western with a hint of bleaknessand cynicism, and it repays a watch.
.
. 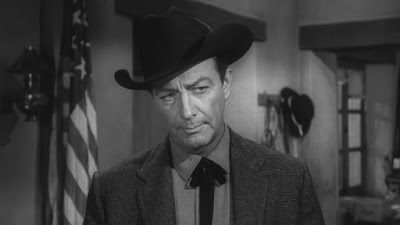 Flinty
.
Taylor is Deputy US Marshal Bovard, in a rather fine frock coat, “the toughest lawman in the territory”, who is sent out by uncredited Judge Lorne Greene (in a 15-second appearance), in a rather True Gritty or Hang ’em Highish way to bring in malefactors. Bovard is nicknamed The Hangman (a soubriquet he does not care for) because those he arrests end on the gallows. This idea was to be ‘borrowed’ by Quentin Tarantino in The Hateful Eight. He has a past (well, it’s a Robert Taylor Western, so he would); he used to be a lawyer but is now driven to hunt down badmen – there are always more rats, he says. He’s a classic Western loner; there’s no sign of a Mrs Bovard or a former one. He just wanders the West doing what a man’s gotta do.
His next target is one John Butterfield, an ex-trooper who is said to have taken part in a robbery in which a man was killed. Bovard knows Butterfield is in the town of Twin Forks, and knows he’s fair-haired and tallish but that’s all. The man has changed his name. How will Marshal Bovard find his quarry? Well, Butterfield’s former flame, Selah (pre-Gilligan and very glam Tina Louise) is inveigled into identifying Butterfield. She is working as a laundrywoman on the Army post and Bovard offers her $500 reward (“Everyone has a price”) to pick Butterfield out. She can start a new life.
.
. 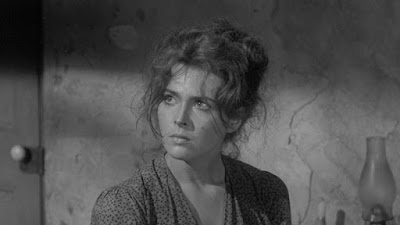 Will she i.d. the culprit?
.
So the stage is set for an intense encounter. Butterfield has married someone else but it’s clear Selah still loves him. Will she take the money and turn him over to the law, or will she help him escape? She is conflicted and hesitant, contrasting with Bovard’s flinty determination.
The sheriff of the town is tall Buck Weston, played by Fess Parker (Taylor wasn’t a short man but he is dwarfed by Parker). Buck takes a shine to Selah. Selah, though, seems to be liking the marshal more and more, though he shows surprisingly little interest. It’s getting increasingly complicated.
And it all verges on the improbable.
.
. 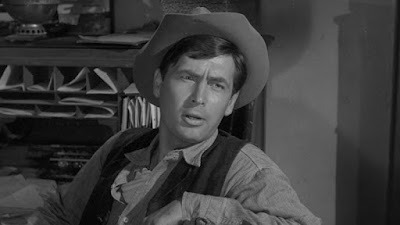 Sheriff Fess
.
As Butterfield was a teamster in the Army (“gentle with horses and gentle with men,” says his former commanding officer, who is sure the man is innocent) Bovard’s attention is focused on the local freighting business in Twin Forks. Which of the tall blond men working there is Butterfield? Johnny Bishop (pre-Hawaii Five-O Jack Lord), maybe? He has the same initials as Butterfield after all.
So we have quite a whodunnit atmosphere. It’s almost a nineteenth century police procedural.
.
. 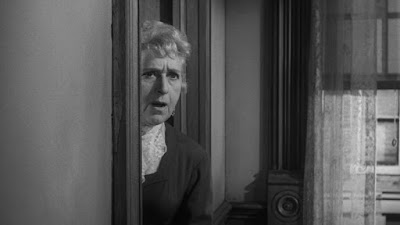 Shocking!
.
There are a couple of comic turns. Mabel Albertson is entertaining as a scandalized old biddy in the hotel and Jose Gonzales-Gonzales (Pedro’s bro) is a short limping Mexican teamster who is pals with Johnny and willing to resort to a shotgun to help him. Less comic but enjoyable was good old Gene Evans as the big-ox teamster Big Murph, who also helps Johnny. James Westerfield is the freighter boss Herb. So the good Western character actors are there.

There’s the semi-obligatory bathing-in-a-pool scene for Ms Louise. Funny how in the driest of climates there was always a pool for the heroine to swim naked in.
At one point, Bovard tells Selah some of his backstory, and when he says of himself, “It’s hard to understand a young fellow I once knew,” we find it rather poignant, Taylor being so aged, so very different from the Taylor of Billy the Kid back in the early 40s.
Well, I shall not reveal to you, dear e-reader, the outcome of this crime mystery, for of spoilers shall there be none. You must watch it yourself to know the ending. And who shall win the fair Selah? Will Butterfield return to his former love? Will Sheriff Buck wed her? What about the marshal? Ah, that would be telling.
All I can reveal is that a certain couple go off in a buckboard to California, in true Hondo/Tin Star (and a million others) style. 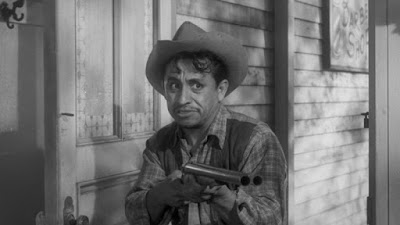