Terror in an Arkansas Town

In hopeless pursuit of the impossible dream of seeing every B-Western ever made, no matter how obscure, your own Jeff just watched the first ever film of Richard C Sarafian, of Vanishing Point fame. Should you also be so inclined, you will find it on the Westernmania channel of Amazon Prime, if you have that. If you don’t, in all honesty I wouldn’t bother to seek the movie out. 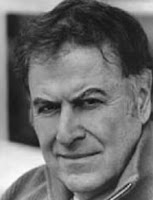 It’s a very minor black & white second-feature Western ‘starring’ Peter Mamakos as a Mexican wanting revenge on a town and its sheriff responsible for the lynching of his son, and House Peters Jr as said lawman.

Written, produced and directed by Sarafian, it suffers from one of the most improbable plots ever offered up to a Western audience. More of that anon. 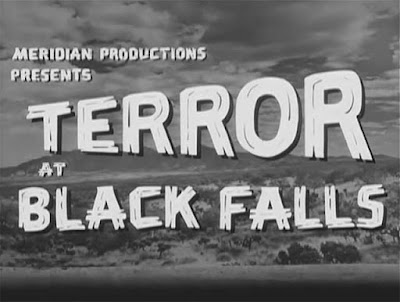 It was shot in the tiny community of Scotland, Arkansas in 1959 but not released until 1962, when it already looked old-fashioned. Perhaps this was because of difficulties in finding a distributor, who knows? I don’t know much about Meridian Productions and have never heard of the Beckman Film Corporation. A Google search doesn’t help much. At any rate, the theatrical film sank without trace very rapidly.

Part of the reason for that was certainly that it has an agonizingly slow pace (it’s only 70 minutes but seems like two hours +) and the plot is verging on the theater of the absurd.

Mamakos was of Greek origin but you know movies: ethnic is ethnic, he’ll do for a Mexican. He was Frenchman Jean Laffite on ABC’s The Adventures of Jim Bowie and Italian Nick Paolo and Scandinavian Olaf Deering in a couple of Perry Mason episodes but those were about the dizzy heights of his career. He was big and burly and quite convincing as a Mexican bandit in appearance, if not in accent. 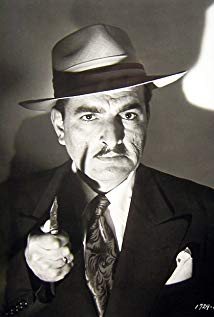 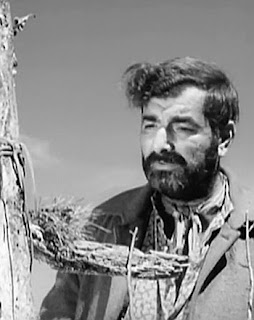 House Jr, the son of House Sr, was probably best known as the face and body of Mr Clean in the Procter and Gamble cleaning product commercials. His Western career spanned small parts in Wells Fargo in 1937 to The Great Sioux Massacre in 1965 but mostly contained appearances on TV show oaters of all descriptions in between. 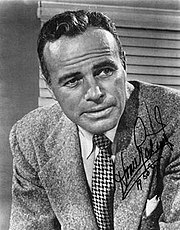 Townsmen want to lynch a son of Avila, a Mexican, it isn’t quite clear why. The sheriff rushes to stop it but with a singular lack of aplomb on the part of the onlookers the man is hanged anyway due to a combination of the lynchee’s horse being startled by his daddy’s gunshot and the lawman’s clumsy inability to lift the young man up. It was clearly not the sheriff’s fault but that doesn’t stop Avila swearing undying revenge. His anger is exacerbated by the fact that the sheriff shoots him in the hand and that appendage has later to be amputated. Well, you would be cross.

Well, time passes (we assume) and then Avila comes back into town with his other two sons (John A Alonzo and Armand Alzamora) and takes over the saloon where, conveniently, all the town worthies, and the town drunk, have assembled. He says he will kill one person every ten minutes until the sheriff comes.

Why does the sheriff not come? It is never satisfactorily explained. Peters has a voiceover in which he gives some extraordinarily weak excuses. Even though he knows that his son Johnny (Gary Gray) is one of the hostages and he will have to go down to the saloon and face Avila at some point, he delays endlessly, with the result that hostages are killed one by one, starting with the bar keep (George Cisar). Not that we mind too much because they all seem to be very unpleasant people. 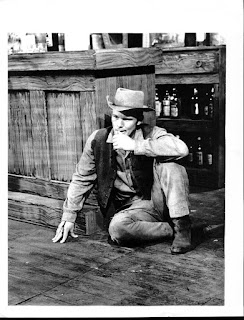 I think it’s supposed to be ‘psychological’ and intense. Actually, it’s rather boring and silly.

The final showdown is even sillier when Avila, who still wears a right-handed gun even though he is dextrally challenged, tries to draw on the sheriff and his son with his stump. The story then fizzles out.

Distinctly missable, this one, e-pards. 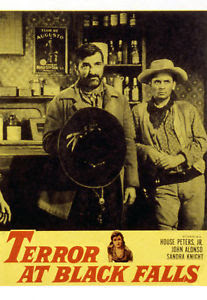 PrevPreviousFlesh and the Spur (AIP, 1956)
NextFour Rode Out (California Pictures, 1970)Next

PrevPreviousFlesh and the Spur (AIP, 1956)
NextFour Rode Out (California Pictures, 1970)Next
Jeff Arnold © 2022 – All rights reserved – Designed by BetterCallChris
Scroll Up