I reviewed Vera Cruz back in October 2015 and have mentioned it several times since, often in a critical, even perhaps derogatory way. I’ve never liked it, even though it does star Gary Cooper, my hero. But a lot of people do like it, and think it a very good film, so I thought I’d give it another go. I watched it again last night.

Robert Aldrich, though much admired by cinéastes, especially French auteuristes, had a doubtful record as far as Westerns are concerned. He did direct the very fine Ulzana’s Raid, with Burt Lancaster, and full credit to him for that, and he was the producer of another good Western, The Ride Back, a minor movie in many ways but in fact very well done. But after that? Well, not much, honestly. The Last Sunset was a mixed bag which had its strong points, though the critics slammed it, Apache was a rather plodding picture, with a blue-eyed Bronco Apache (Lancaster again: he was one of Aldrich’s favorite actors), 4 for Texas, a Sinatra vehicle, was trashy: slapdash, unfunny and very poor, while The Frisco Kid, Aldrich’s last effort in the genre, was one of the worst Westerns I have  ever seen. For many, therefore Aldrich’s Western reputation rests on Vera Cruz. 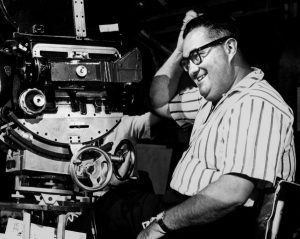 It was certainly a big picture. It is big, noisy and colorful, and it had big stars headlining the cast in the shape of Coop and Lancaster. The latter was also a producer. The company he formed with Harold Hecht, later joined by James Hill, which had done Lancaster swashbucklers like The Flame and the Arrow and The Crimson Pirate, had also produced Apache six months before Vera Cruz). In fact Lancaster busied himself on the set of Vera Cruz, interfering everywhere he could and trying to run everything (just as Kirk Douglas would do, annoying Aldrich very much, on The Last Sunset). A reporter who visited the Vera Cruz set wrote, “From sunup to sundown, Lancaster was a tornado, directing camera angles, fussing over details of script, makeup, music, wardrobe.”

He also overacted, as he was prone to do if not checked, and this hamming it up is especially noticeable because he is partnered with the famous ‘underactor’ Cooper, who conveyed far more with his apparently stony-faced style than all the rest of the cast combined. There’s a classic line in which Lancaster complains that Cesar Romero’s character flashes his “crocodile smile with too many teeth”; in fact Romero was relatively restrained, it was Lancaster who seemed to be advertising toothpaste. 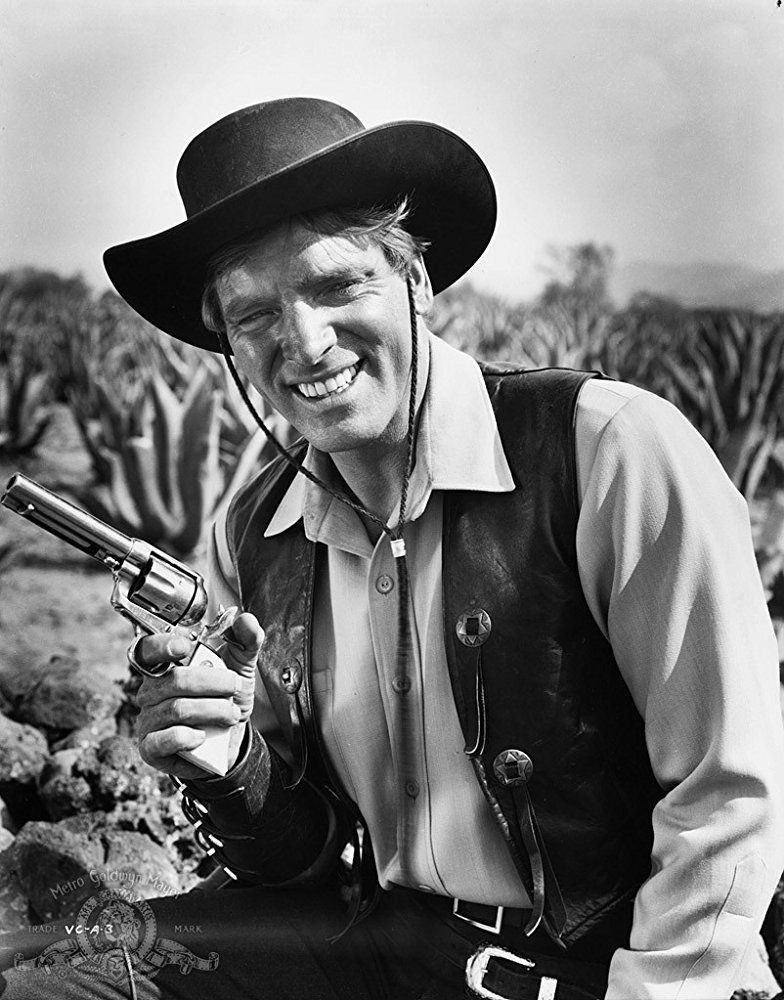 After seeing Lancaster in From Here to Eternity, Clark Gable advised Coop to turn down Vera Cruz. “That young fella will wipe you off the map.” In the end, though, Lancaster conceded. “There I was, acting my ass off,” he said. “I looked like an idiot and Cooper was absolutely marvelous.” It was generous of Lancaster, and true. 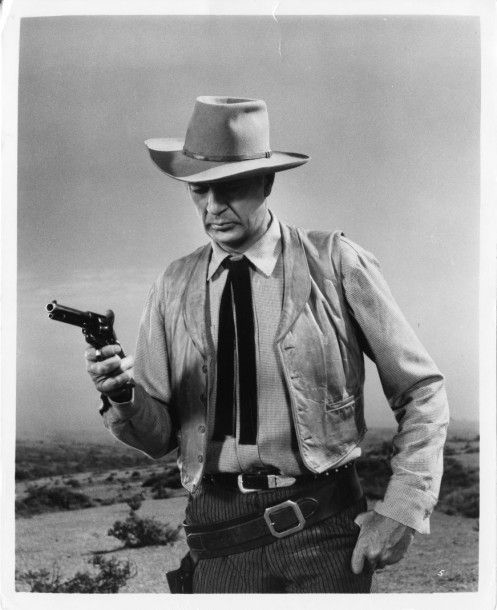 Vera Cruz was very successful at the box-office, grossing big amounts. Budgeted at an estimated one-and-a-quarter million dollars, it brought it nine million. Lancaster would have been pleased for his company. Coop too – he got half a million salary plus ten per cent of the gross. That’d pay for the gas in his new custom Mercedes that he had shipped out from Stuttgart while on the set.

It wasn’t a success in Mexico, though, where viewers were so disgruntled at the portrayal of their countrymen (as the DVD Savant review put it, “Semi-childlike but treacherous peasants whose main function is to die by the hundreds at the hands of über-mensch gringoes”) that they rioted at the première and threw seat-cushions at the screen. Eli Wallach said that the Mexicans were so upset that they insisted that The Magnificent Seven be checked by Mexican censors, and indeed film makers after Vera Cruz had some difficulty getting permission to, er, shoot south of the border.

In many ways Coop was miscast. His character, Ben Trane, is supposed to be a soldier of fortune, a Southern gentleman in Mexico just after the end of the Civil War, and he and fellow mercenary Joe Erin (Lancaster) keep changing sides, stealing and losing a shipment of gold they are supposed to be escorting to the port of Vera Cruz. But it was Coop. You never for one minute believe that he will actually steal that gold. Of course he was a stellar addition to the cast and the truly great High Noon had come out only two years before, so his star was high in the Western firmament. Coop was in Mexico anyway, for tax-avoidance reasons, and had just come from making the very good Garden of Evil with Henry Hathaway.

The script was by Roland Kibbee and James R Webb, from a story by Borden Chase. This was Kibbee’s first Western (later he would work with Lancaster again, adapting excellently Elmore Leonard’s Valdez is Coming). Webb would later (and amazingly) win an Oscar for the poorly-written mega-turkey How the West Was Won. He started writing for Roy Rogers and later worked on South of St. Louis with Joel McCrea, The Big Country with Gregory Peck and John Ford’s Cheyenne Autumn, so he was quite a big name. Chase too was very well known, having contributed to Red River, Winchester ’73 and Bend of the River. It is said that he wrote Vera Cruz with John Wayne in mind (presumably for the Cooper part). However, the script was in constant turmoil (which Coop hated) being revised at the last minute, both by Aldrich and Lancaster. And it is really a farrago. There are some good lines but a lot of it is confused, and basically unsatisfactory.

Bosley Crowther in The New York Times wrote, “The presence of both Gary Cooper and Burt Lancaster is a waste of potential manpower. Nothing that either is called to do in this big, noisy, badly photographed hodgepodge of outdoor melodrama is worthy of their skill.” He added that it was “a pretty atrocious film, loaded with meaningless violence and standard horse opera clichés.”

Some might take issue with the “badly photographed” part. Cinematographer Ernest Laszlo was a real talent. He worked with both Aldrich and Lancaster on Westerns and he made the most of the bright Technicolor when shooting scenes in the Chapultepec and Cuernavac locations. The scenes at the Pyramid of the Sun, Teotihuacán are pretty impressive. It was the first film released in the SuperScope widescreen process (sometimes called the poor man’s CinemaScope). With Aldrich, Laszlo went for aerial shots (the one of the Emperor Maximilian’s ball is striking), a 360° panorama of the Juarista troops, and lots of low angles. The film also has an average shot length of just under five seconds, fast for the mid-50s. Call the photography flashy if you want but some of it does stick in the memory. The color on the modern DVD is a bit fuzzy, though.

It wasn’t only Coop and Burt, of course. They are credited before the title, then come Denise Darcel (they actually used a French actress as the French countess), Cesar Romero (not quite so French) as the dashing Marquis Henri de Labordère and “introducing” Spanish-Arab Sara Montiel as the sultry Mexican lass Nina whom Coop is supposed to fall for. Coop was 27 years Montiel’s senior, so there was a slight awkwardness there. Also, though Coop was famed for getting on with his female co-stars, he had a problem with Montiel. The love scenes were very difficult because he couldn’t bear to touch her. Apparently she never shampooed her hair, just rubbed olive oil into it. Montiel wasn’t very good, in fact, and the “introducing” didn’t quite take. Samuel Fuller had to introduce her again in the dreadful Run of the Arrow in 1957.

Then, after those three had been credited, comes the ‘With…’, followed by a longer list, and this contains George Macready as the ruthless and cynical Emperor (Macready had been born in the nineteenth century while the real Maximilian was actually only in his early thirties when he was executed, but never mind); Jack Elam, Ernest Borgnine and Charles Bronson (his last film credited as Buchinsky) as thuggish hangers-on of Joe Erin; Morris Ankrum as the Juarista general; and Jack Lambert as another thug, leader of a rival gang, whom Joe cold-bloodedly murders to get him out of the way. Henry Brandon (Scar in The Searchers) is a “tin soldier”, as Coop’s character calls him, the rather loathsome and sadistic captain of lancers. He would be down Mexico way again a couple of years later in Bandido! with Robert Mitchum. Mexican generals were kinda obliged to have German military advisers in Westerns. 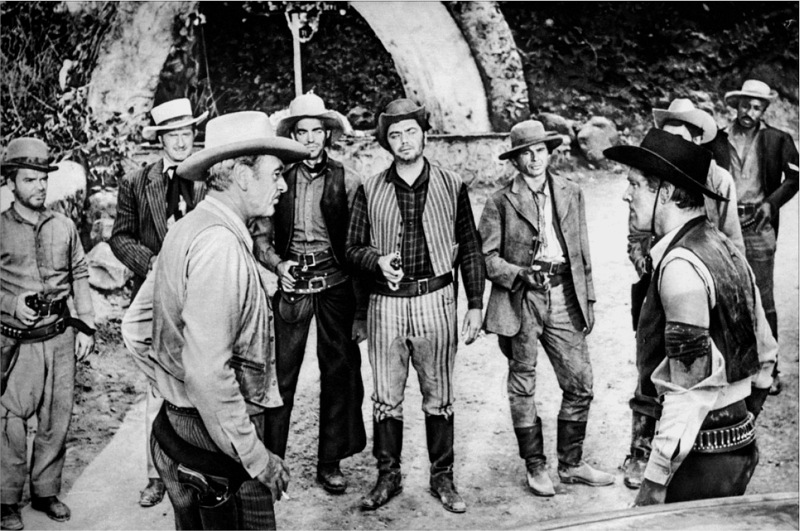 Charles Horvath, Bob Morgan and Slim Talbot did the stunts, and some of them are pretty spectacular. Talbot was a fixture as stunt-double for Coop.

Though set just after the Civil War, the shooting exhibition at Maximilian’s ball is done with an 1894 model Winchester. Most of the shots are absurd, for example the one where Coop shoots a lancer with his Colt from the back of his galloping horse at a hundred paces.

You can see why the spaghettisti loved it. The odd camera angles, the sweaty faces and dirty clothes, the fact that everyone is cynically double-crossing everyone else, the comic-book violence. Joe’s casual slayings prefigure Clint’s. In fact Sergio Leone was a great admirer of Aldrich, and this movie in particular. They would be co-directors of Sodom and Gomorrah in 1961. I don’t know which one was to blame more.

Vera Cruz is, when it comes down to it, a rather nasty film. Everyone is evil, everyone is corrupt, no one is decent, and certain scenes, such as the attempted rape of Montiel’s character by Bronson, are deeply unpleasant. The whole thing leaves a sour taste in the mouth. Or in my mouth anyway. I understand that it’s supposed to be comic-book stuff, and I do see the brash appeal, but it’s not my cup of tea any more now than the other times I saw it.