Watch it for Tommy Lee

A brief pause from Jesse James (phew, I hear you exclaim) to look at a recent offering.

Available now on Netflix is an entertaining picture, one in a long line of movies about movies, The Comeback Trail. It benefits chiefly from its stars, especially Tommy Lee Jones, 75, as Duke Montana, washed-up Western movie hero in a retirement home, ready to use his Colt single-action in a daily game of Russian roulette, who is hired by very dubious producer Max Barber (Robert De Niro, 78) to make a Western. There’s one snag, however, that Duke doesn’t know about. Barber is in hock to gangster Reggie Fontaine (Morgan Freeman, 83) for serious money and he has hatched a scheme to insure his star Duke handsomely, have an ‘accident’ happen to him on set and cash in. Duke thinks he’s getting one last chance, but in reality he’s just the fall guy – literally. 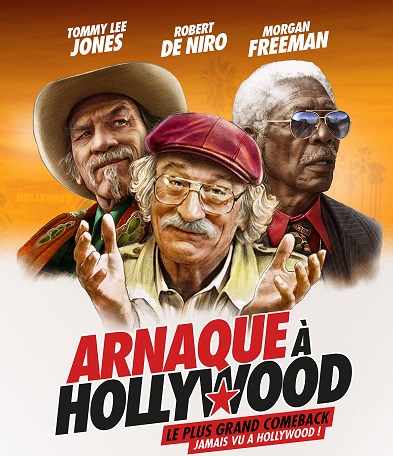 Myself, I find that quite a few of De Niro’s recent comedies haven’t been that funny (I thought Last Vegas was plain awful, for example) but I do get that humor is an individual thing and one person’s belly laugh is another’s groan (or yawn). Still, I must say Bob’s not bad in this one. Freeman is clearly enjoying himself, though has a slightly smaller part. Jones is brilliant (when was he anything less?) 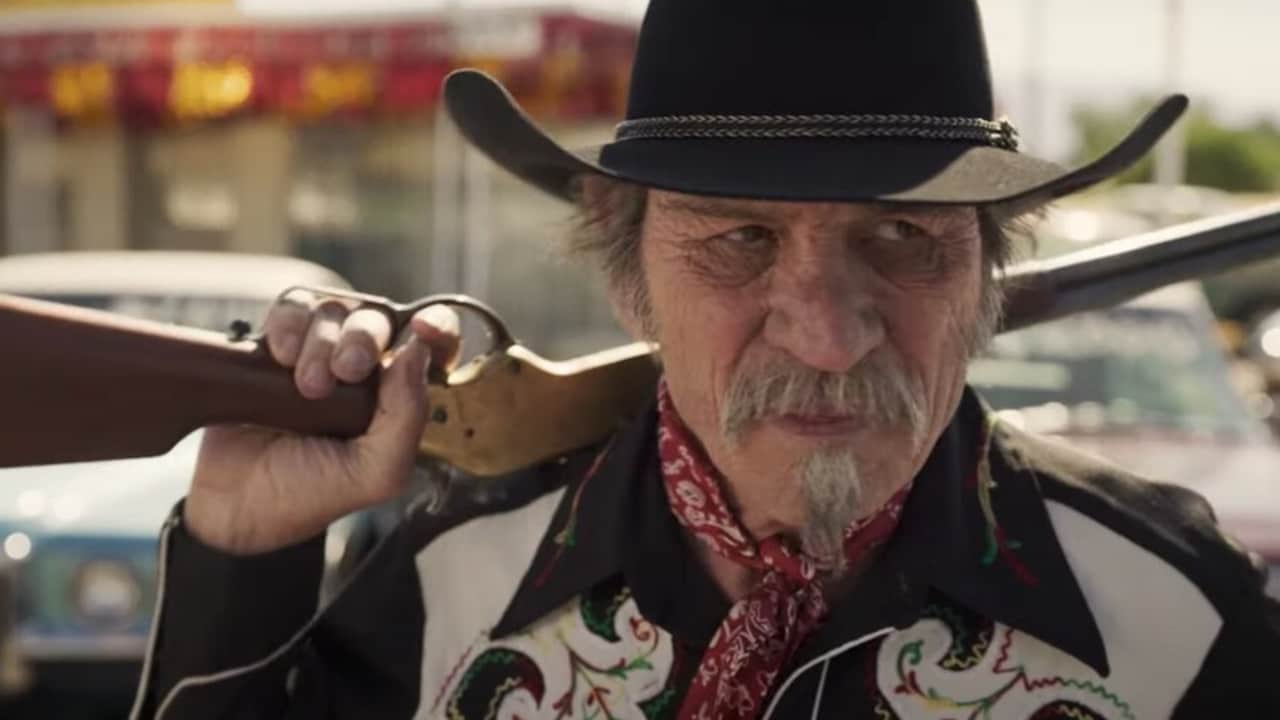 It would be quicker to read War and Peace than the credits (for instance, no fewer than 59 producers are listed) but I did pick out that it was directed by a certain George Gallo, who wrote Bad Boys and Midnight Run, and co-written by him and Josh Posner, ‘based on a film by’ Harry Hurwitz. In fact it was a remake of Hurwitz’s 1982 picture of the same title with Buster Crabbe as Duke Montana.

Because it’s nicely photographed in New Mexico locations, I also trawled through to get the name of the DP, who was Lukasz Bielan, who apparently worked on Life of Pi and a James Bond. 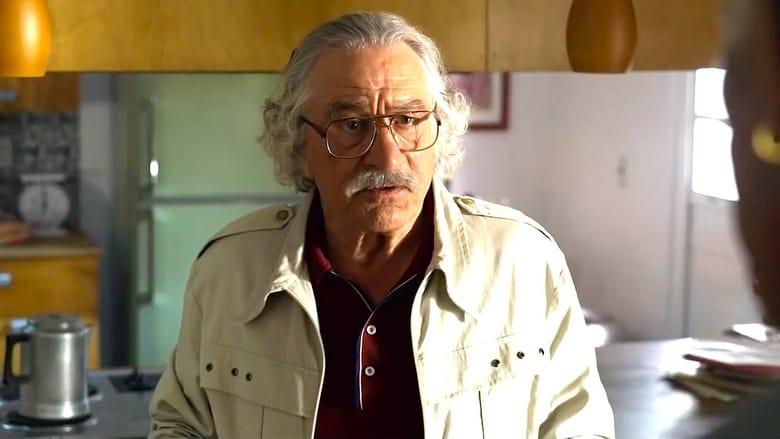 Much of the comedy comes from the shenanigans that producer Barber gets up to in order to render the stunts that Duke is famed for doing himself even more perilous, but of course Duke takes the dangers in his stride.

I liked the posters for fake films. 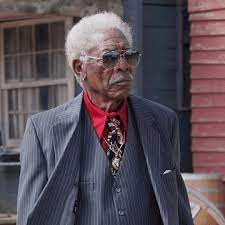 Myself, I would have edited the 76 minutes down a bit but all in all it’s an amusing movie that’s worth watching – chiefly for Jones.