Sam Peckinpah’s masterpiece was The Wild Bunch in 1969, though some might prefer his Pat Garrett & Billy the Kid of 1973. In fact, though, Peckinpah’s own favorite film was neither of these, nor even my own preference, Ride the High Country (1962) but a picture many would regard as ‘minor’ Peckinpah, The Ballad of Cable Hogue. When asked to speak about his work, he brought a print of this film to show. 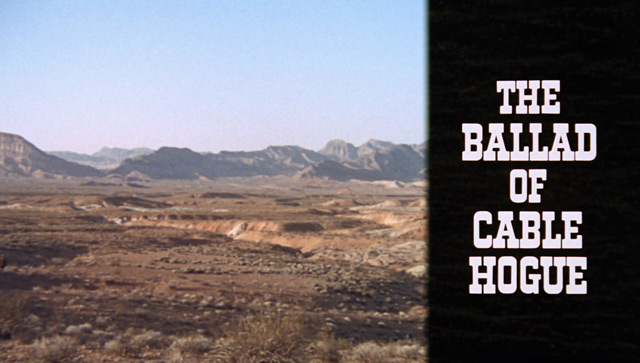 There’s quite a tradition of calling movies Ballads. We might think of the Ballad of Little Jo, The Ballad of Buster Scruggs or The Ballad of Lefty Brown, among others. I suppose the idea is to make a lyrical picture. Webster’s tells us that a ballad is “a slow romantic or sentimental song”. This one is a gentle, abstract evening tale of a man who bargains with God when abandoned by treacherous partners out in the scorched Nevada desert, duly finds water and sets up a staging post. The ratty, snake-infested place flourishes, against all the odds.

This sweetly mournful lay, coming as it does in the calm between the blood-spurting of The Wild Bunch and that of Straw Dogs, has, despite the humor in it, a melancholic ‘end of the West’ tint, the idea that the old West was dying, giving way to ‘modern times’. As we have discussed elsewhere (click here for that) this theme was integral to the Western, from its very inception. Owen Wister’s The Virginian, the Western Ur-novel in many ways, had this as a central idea, and that was published in 1902 – and oft filmed. The motif became particularly prominent in the 1960s, when the end of the West had the subtext of the end of the Western. Even a colorful, noisy commercial picture like The Magnificent Seven (1960) was about gunfighters with a past but no future, with nowhere to go and nothing in front of them except a dusty death. They are dinosaurs. Peckinpah was especially fond of this notion. At the end of the decade which The Magnificent Seven launched, his own aging gunmen met their bloody deaths in Mexico too, preferring that to the alternative, in The Wild Bunch. Other Peckinpah pictures like Ride the High Country and Junior Bonner are full of regret for the old ways and really quite nostalgic. Herb Fagen in his Encyclopedia of the Western calls Cable Hogue “a lyrical ode to the dying West.”

The automobile is the symbol of the unwanted new world, as it was in other pictures, like The Shootist, Tom Selleck’s Monte Walsh or The Last Hard Men. It is a car that finally kills Cable Hogue. 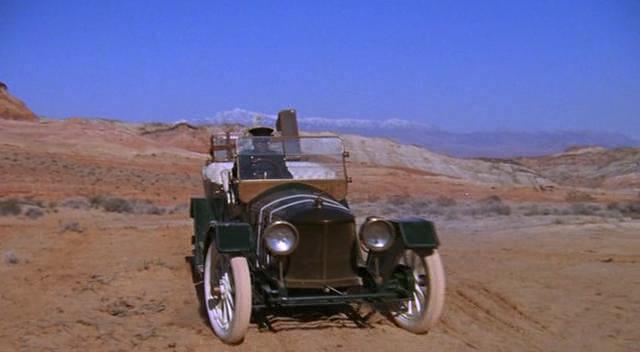 There are some other slightly heavy-handed symbols, or icons. Just as the film ends with the fell automobile, it starts with a prehistoric lizard. The United States flag that they sentimentally salute is highlighted (it has 46 stars, so the story is set sometime between late 1908 and early 1912). 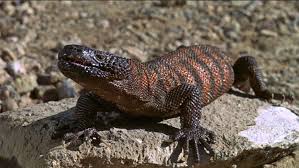 The picture is visually fine. It was photographed by the talented Lucien Ballard, another Peckinpah favorite, in Nevada and New Mexico and the light and arid scenery are very beautiful. 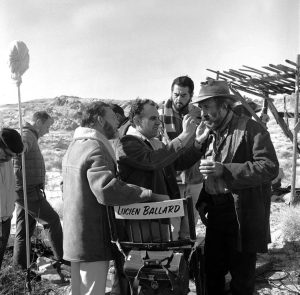 It has original music by Jerry Goldsmith, one of those scores in which each of the main characters has a theme: Robards had had this on Once Upon a Time… but that was a maddeningly trite jingle whereas this one is vastly superior.

It’s a comedy Western, with songs (it is a ballad after all) and some speeded-up film and some slapstick, and yet it isn’t. In fact the film is rather sad. Stella Stevens, who plays Hildy, the whore with a heart set on gold, said once that Peckinpah was not a great comedy director, but he kept calling Cable Hogue a comedy. She added, “I kept looking at him until finally I said, ‘Sam, this is not a comedy; the hero dies at the end. This is a love story. It may have some funny stuff in it, but it is not a comedy.’ He, however, always called it a comedy.” 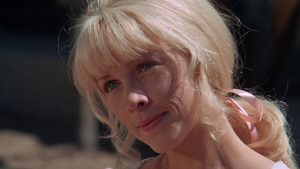 At one point, tongue in cheek maybe, Peckinpah described Cable Hogue as “a new version of Sartre’s The Flies with a touch of Keystone Cops.”

Jason Robards was cast as Hogue. Though he had made quite a Western name for himself as Doc Holliday in John Sturges’s Hour of the Gun and Cheyenne in Leone’s Once Upon a Time in the West, he wasn’t perhaps the obvious choice. He had worked once before with Peckinpah, on an ABC Stage 67 episode, and Peckinpah would use him again in Pat Garrett three years later but he was hardly a part of the stock company. It is said that all sorts of other actors were considered first, Warren Oates, for example, who was a real Peckinpah regular: they had worked together five times by 1970 and Oates would soon lead in Alfredo Garcia. For whatever reason, Oates couldn’t or wouldn’t do Cable Hogue. Charlton Heston turned down the lead role, saying that it wasn’t a great script. Phew. Even Henry Fonda and James Stewart were mooted. But in the end it was Robards who got it, and he was fine. It wasn’t an easy part. He had to talk to himself a lot. 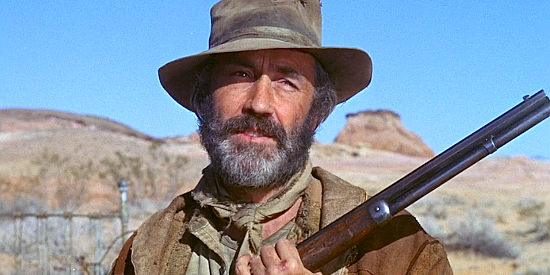 He was supported by the usual Peckinpah suspects. Strother Martin and LQ Jones are the skunk partners, very much reprising their roles in The Wild Bunch, and RG Armstrong, from Ride the High Country and Major Dundee, is the stageline manager who agrees to make Hogue’s place a swing station. Slim Pickens from Major Dundee drives the stage with gusto. Gene Evans is there, looking for the preacher who seduced his wife. It was Peter Whitney’s last film. He was the banker, only moderately crooked this time, who funds Hogue’s place. 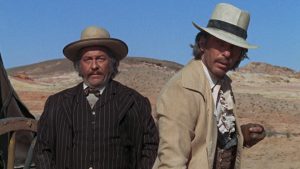 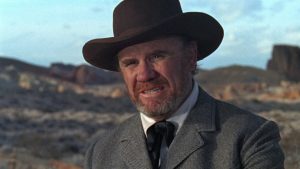 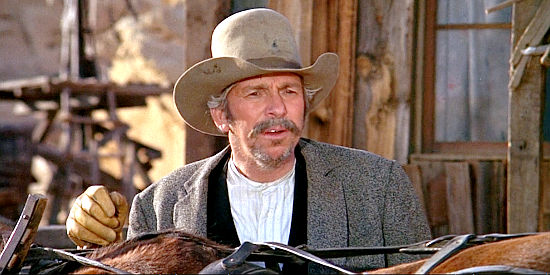 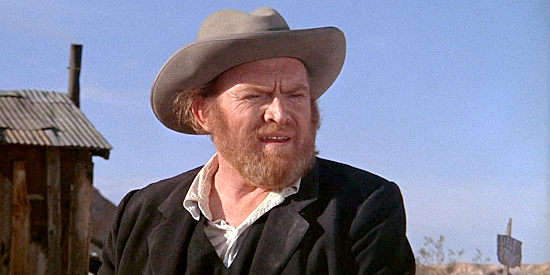 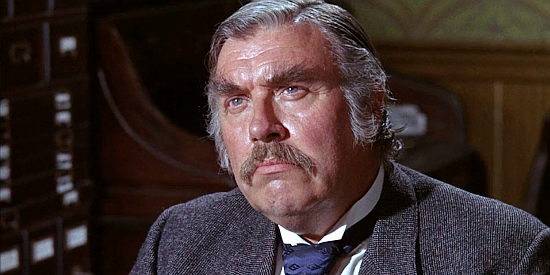 The choice of Brit David Warner as the crazed preacher was perhaps an odd one (RG tended to specialize in crazed preachers). Stella Stevens didn’t get on with him at all. But Peckinpah was very keen and flew him over specially. The director would use him again on Straw Dogs and Cross of Iron. He doesn’t quite do it, for me, in Cable Hogue. 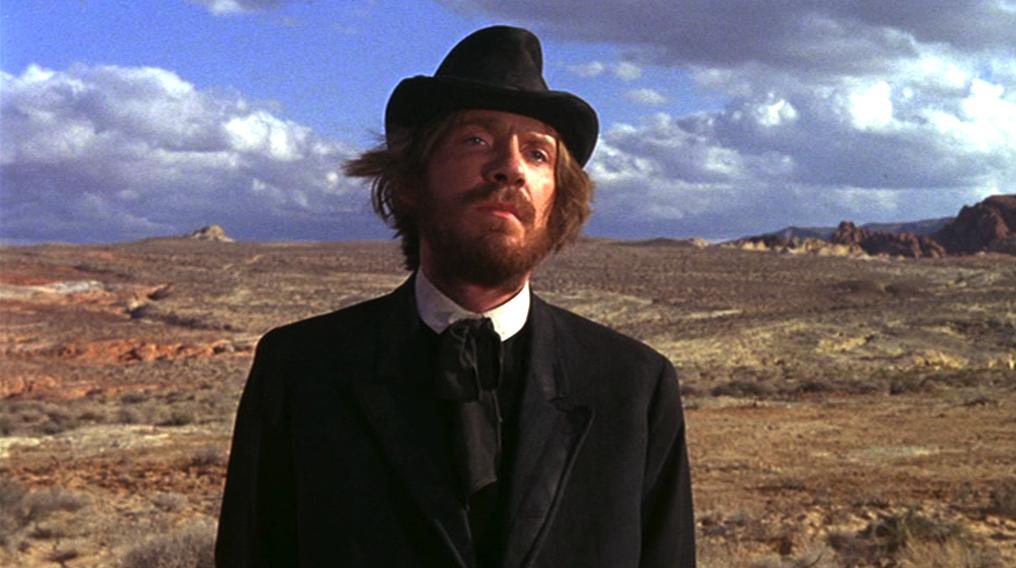 Filming was Peckinpah-chaotic. The bar bill came to $70,000. He fired 36 different crew members. The movie wrapped 19 days over schedule and $3 million over budget, which was curtains for Sam’s tenure with Warners, and it certainly caused damage to his career. He had been talked of for the big pictures Deliverance and Jeremiah Johnson, both 1972, but they went out of the window. He went off to England to shoot Straw Dogs, distributed by recently-founded Cinerama Releasing.

Cable Hogue didn’t exactly bomb at the box office. It came 22nd in the rankings, making $3.5m in the US, but thanks to Sam it had cost more than that. It did make a further $1.5m abroad. As a Western it was well beaten by such pictures as Clint’s Two Mules for Sister Sara, Duke’s Chisum and the big hit of the year Little Big Man ($31.5m). Warners seemed to have hardly marketed Cable Hogue at all. Stella Stevens said, “Warner Brothers didn’t release it, they flushed it.”

The critics were mostly kind. Roger Ebert wrote, on its release, “Sam Peckinpah’s The Ballad of Cable Hogue is a splendid example of the New Western. It’s also a fine movie, a wonderfully comic tale we didn’t quite expect from a director who seems more at home with violence than with humor.” Roger Greenspun in The New York Times called it “Peckinpah’s gentlest, boldest, and perhaps most likable film to date.” Arthur D Murphy in Variety called it “a Damon Runyon-esque oater” that was “loaded with bawdy, lusty and gritty elements, plus genuine tenderness and feeling.” 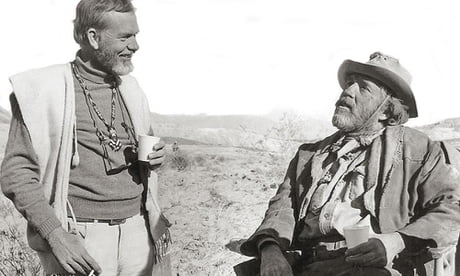 Since then its reputation has only grown, as often happens. More recent assessments have been laudatory. The BFI Companion to the Western calls it “a relaxed, tenderly ironic and very funny film” adding that “it is more serious in purpose than its surface allows.” Paul Simpson in The Rough Guide to Westerns says that “the film has a Felliniesque dreamy imagery and is full of what Alex Cox calls ‘the wonderful sadness’ that infused Peckinpah’s great work.”

Though it certainly hurt Peckinpah’s career, it wasn’t terminal. Only two years later The Getaway made $37m.

I myself have a soft spot for The Ballad of Cable Hogue. I find it elegiac and wistful, and not at all the ‘usual’ Western. Though I don’t care much for David Warner’s performance, I very much like that of Robards and Stevens. And I love the arid scenery and setting.