Vaughn Monroe was a successful band leader, trumpeter and vocalist with an RCA Victor recording contract who was a major stockholder of the company, restaurateur/night-club owner, plane and train enthusiast, and movie star in his spare time. 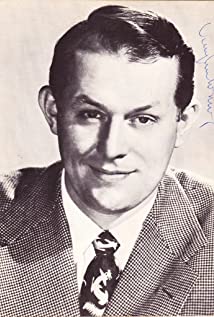 He hosted The Vaughn Monroe Show on CBS in the 1950s. One’s mother used to like it. I didn’t, but then I don’t think Western-obsessed small boys were exactly the target audience. I didn’t know then that beefy Vaughn counted an oater or two among his motion picture output. He did an episode of Bonanza and two features, the first of which, Singing Guns (1950), also for Republic, we reviewed back in 2019, so click the link for that.

I wouldn’t say he was cut out for the genre, really and he didn’t quite convince with six-gun and Stetson, but he made a decent enough stab at it, I guess.

Both pictures were directed by our old pal RG Springsteen, two of the 56 feature Westerns he worked on, to his enormous credit, between 1936 and 1967.

Toughest Man in Arizona is sometimes known by its working title, Toughest Man in Tombstone, which does sound similar to George Montgomery’s Robert E Kent-produced United Artists release The Toughest Gun in Tombstone but that was in ’58 so we can’t accuse Republic of anything. Anyway, there’s no copyright on titles.

It was shot by Republic’s B-Western regular Reggie Lanning in the studio’s Trucolor, which I like because as it ages it fades to pastel shades with a predominant blue – though when you see a restored Trucolor print, such as, for example, Johnny Guitar, you are startled by the vividness of the primary colors.

There are some attractive red-earthed Utah locations which pass nicely as Arizona, though the vast majority is done on studio sound stages, often flitting between the two and looking false, but the budget can’t have been enormous and that was usual. Even MGM made much use of studio shots with back-projection (and very fake it looked too). The AFI Catalog tells us that “though three days of location shooting were originally planned, heavy snowfall forced the company back to the studio prematurely.” So we can blame the number of interior shots on that, maybe.

The best thing about Toughest Man in Arizona is its cast. Supporting top-billed Monroe were Joan Leslie as leading lady (naturally it will be lerve with Vaughn), Edgar Buchanan (one of my favorite Western character actors of all time) as the sheriff and – as the bad guy, naturally – good old Victor Jory. Top-notch line-up, therefore.

Lower down the cast list we also get Harry Morgan as Joan’s no-good husband: obviously he will have to perish, ignobly, so that Vaughn may romance Joan. Ian MacDonald is Jory’s brother and chief henchman, and we spot Sheb Wooley as a cavalry lieutenant with John Doucette as sergeant and Carleton Young as corporal. Francis Ford has quite a big part this time, with some lines. Rex Lease is a deputy. Come on, not bad, huh?

The 85-minute runtime is jam-packed with plot, though space is found for three songs by Vaughn, the best of which is A Man’s Best Friend is his Horse. The script was by pulpmeister John K Butler, 50% of whose screenplay output at Republic was Western (he wrote that seminal work of sublime beauty My Pal Trigger). Butler used to surprise denizens of Griffith Park in full cowboy regalia riding his horse Prince – till he tragically fell and suffered a broken back, dying aged only 56.

According to an August 1951 Hollywood Reporter news item, the film was based on a story by Robert Pinkerton in True Story Magazine but that isn’t mentioned in the credits, all glory, laud ‘n’ honor going to Butler.

Though the story is set in Tombstone in 1881, there are no Earps or Clantons or anything. The county sheriff is Jim Hadlock (Buchanan, in a rather splendid frock coat) and Vaughn is US Marshal Matt Landry. He’s after really bad bad-guy Frank Girard (Jory, who always looked villainous even when he mistakenly took good-guy roles). Girard’s been selling guns and whiskey to the Apaches. Ooh, that’s bad.

There’s an Apache attack on some wagons, with Frank Ford, John Doucette and, we are led to believe, Harry Morgan among the victims. There are some corny melodramatic deaths, which the director either asked for or didn’t veto, either way leaving himself open to the teensiest bit of opprobrium. The two soldiers with a Gatling gun which Lt Wooley gave the wagoneers didn’t help much. I’ve been having a discussion with reader Jean-Marie recently on the use by the army of Gatling guns against the Indians. Well, here is definitive proof. We see it in a John Butler/RG Springsteen Western, so it must be true.

Joan (there’s a good bit with a stuntman in Joan’s blue dress driving the runaway wagon) manages to escape with two kids and get to Tombstone where the US marshal kindly puts them up, thus accelerating the inevitable falling in love process.

Joan is rather beautiful, I must say, as the demure, maternal-yet-voluptuous lady. I always think of her mostly as the club-footed Velma with Humphrey Bogart in High Sierra but she did seven feature Westerns (she was awarded a Golden Boot in 2006). You’ll doubtless recall her with Randolph Scott in Man in the Saddle, and we certainly can’t forget her getting ready to shoot it out in a Main Street showdown with Audrey Totter in Woman They Almost Lynched. 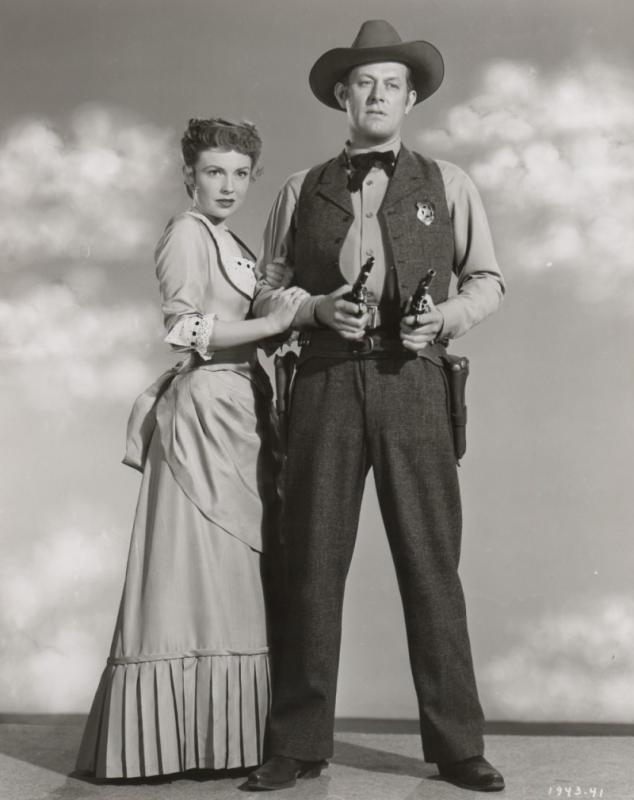 There’s ‘the other woman’ of course, a racy saloon gal, Della (Jean Parker, Molly in The Gunfighter) who is Victor’s squeeze and connives with him. Eventually, though, she sings to the law and, the beans thus spilled, Victor is doomed.

There’s an unfortunate obsequious and semi-comic Negro flunky (actor who doesn’t even get a mention in the cast list) as the US marshal’s servant, casting which wouldn’t pass muster these days but well, it was 1952. 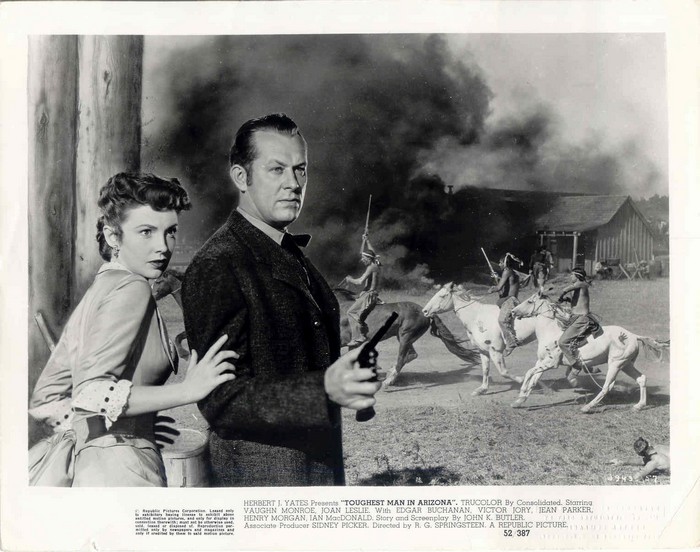 There’s also an unusual bit when the lawmen decide on a hearse as an appropriate vehicle to use when taking the outlaw across the desert for trial in Prescott. The bad guys hold it up and Victor rather meanly makes the marshal and undertaker get inside and then plugs it full of holes. The undertaker dies (a conveniently place to do that, I suppose) in the hail of bullets but Vaughn naturally gets out, blasting the four thugs by firing 18 consecutive shots with his two six-shooters, but who’s counting, eh?

I liked the climactic gunfight in a barn in which the villains get shot to death in the correct order (Victor last). Harry shoots Edgar Buchanan in the back, which is very naughty indeed. He goes on trial for murder in the last reel. We know he will be found guilty and end on the gallows because otherwise how will Vaughn marry Joan? Plus, shooting Edgar Buchanan, he’s lucky to get away with just hanging.

I enjoyed this little oater. It’s a lot of fun and has a good cast. Vaughn’s a bit wet but the others are pretty darn good. You could def give it a try.