Peckinpah: between Major Dundee and The Wild Bunch

Peckinpah looks around for work

After Major Dundee bombed, Sam Peckinpah was in a difficult place. He participated in The Glory Guys later in 1965, an independent production distributed by United Artists, adapting the novel into a screenplay and starting as director, but was uncredited, being replaced by Arnold Laven, one of the producers. It was a big-budget affair, in Panavision and Color De Luxe, shot with a host of extras in Durango, Mexico locations and photographed by James Wong Howe, no less. It’s a Custer picture in all but name though more a generic war story covering the enlistment, training, and operational deployment of a group of recruits that could take place in any time period. It was a slow and lumbering picture, very unPeckinpahish. Click here to read our review of it. One wonders what it would have been like had Sam helmed it.
.
. 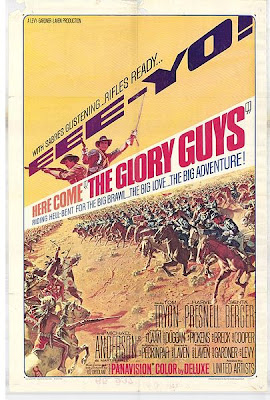 Then in 1966 Daniel Melnick bravely (because Sam was still persona non grata on the studio lots) got him to adapt Katharine Anne Porter’s novel Noon Wine for TV and direct Jason Robards and Olivia de Havilland in it. It was a critical success and rehabilitated Peckinpah. Wikipedia says that it is “a rare film which can only be viewed at the Library of Congress and the Museum of Broadcasting” and adds that “Noon Wine is today considered one of Peckinpah’s most intimate works, revealing his dramatic potential and artistic depth.” I haven’t seen this one either so I don’t know but in any case we can’t count it as a Western, even if it is set in turn-of-the-century Texas. The point was that it was good, and it got Sam back on the Western trail.
His next project was in Spain as writer on Villa Rides. He wrote the original screenplay (from a William Douglas Lansford novel) and was set to direct but the star, Yul Brynner, didn’t like Sam’s portrayal of Villa as a bad guy and had Robert Towner do a rewrite. Then Paramount got Buzz Kulik to direct. This was certainly a mistake because Kulik, who had only a few episodes of Gunsmoke and Have Gun – Will Travel as Western credits under his gunbelt, didn’t really have a clue. This was the only feature-film Western he ever did.  Tragic, really, because we could have got a Peckinpah-directed Mexican picture before The Wild Bunch. Or maybe not: maybe he wouldn’t have had the artistic license he had later. He did say that a lot of scenes he had in mind for Villa were in fact used in The Wild Bunch.
.
. 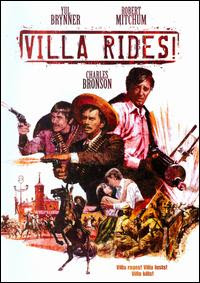 To be fair, the producers may have had a point. Kulik said, “The Peckinpah script? Three-quarters of it was in Spanish!” Sam had a Spanish wife at the time and maybe he was getting in character a bit too much.
Villa Rides, I should tell you, is a here-we-go-again Villa picture about a gringo adventurer (Robert Mitchum once more) in revolutionary “Mehico”, with stony-faced Charles Bronson as Villa’s henchman Rodolfo Fierro (a very nasty piece of work) and Herbert Lom as villainous General Huerta. Brynner was laughable in his rented rug as Villa. Really we’ve been there, seen that. But the trouble with dismissing it is that it has Mitch in it and even when he was sleepwalking and just saying the lines (which was often) he was just so damned cool. Actually, though, Mitchum had done it better twelve years before as the gringo explosives expert in Bandido (United Artists, 1956). So we can quietly forget Villa Rides.
.
. 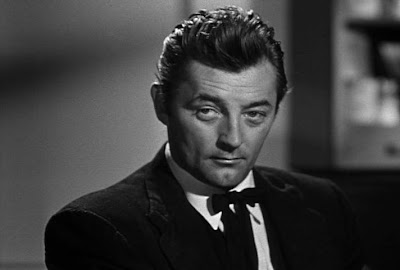 More of a tragedy was the fact that Bob Mitchum was in Peckinpah’s mind for the part of Pike Bishop in 1969 but it never happened. Mitch decided to do 5 Card Stud instead. Well, they were both Westerns, weren’t they? Classic Bob Mitchum. The Peckinpah-Mitchum pairing was a match made in heaven, though it could well have resembled the other place to outsiders. He would have been magnificent as Pike. Still, we got Bill Holden, so we can’t complain.