The Reno Brothers Gang in fact and fiction 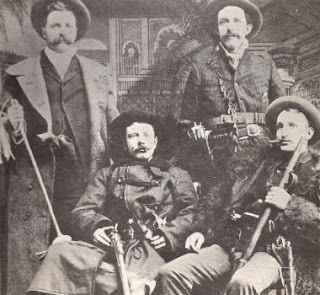 The Renos of Jackson County, Indiana were the original outlaw gang in the James, Younger and Dalton tradition. They carried out the first peacetime train robberies and started a Western trend…  Frank, John, Simeon (Sim) and Bill were reprobates as youths, known for arson, cardsharping and horse stealing. One brother, Clinton, known as ‘Honest Clint’, took no part; nor did the sister Laura. With locals fingering lynch ropes, the four brothers thought it safer to remove themselves to the Civil War but only Bill actually completed his service for the North. The others were paid to enlist in the Union ranks, deserted and were paid again to enlist, enough times to make money without actually fighting.
.
.
Robbing trains
In 1864 Frank was back and he formed a gang with other no-goods which robbed a post office. They were arrested and a gang member agreed to squeal but he was killed (pure coincidence, naturally) and Frank was acquitted. They then robbed and murdered travelers. In 1866 John and Sim held up the Ohio and Mississippi Railway near Seymour, netting $16,000. A passenger stepped forward later, identifying two of the robbers, but when he too was murdered, no one else testified and the Renos got off again.
.
. 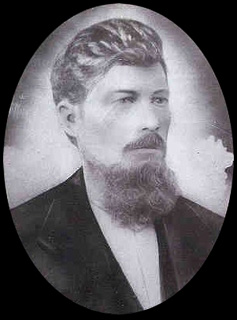 Frank Reno
.
Pinkertons
However, the robbery brought the Pinkertons in and that eventually was the downfall of the gang. 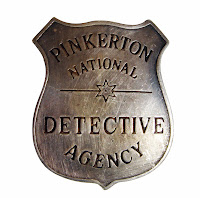 In 1867 the gang robbed the Treasury of the County Courthouse in Gallatin, Missouri but John Reno was identified, arrested by Pinkertons and served ten years in the State Penitentiary. The other three brothers, along with various accomplices, continued robbing. The gang members were arrested by Pinkertons in Iowa in March 1868 but escaped jail.

In the end, though, in three separate incidents in 1868, a total of ten members of the gang, including Frank, Sim and Bill Reno, were lynched by vigilantes. No one was ever charged with or even investigated for these hangings.
John, behind bars, avoided the grisly fate and lived to write his autobiography in 1879, dying in 1895.
Such were the facts of the Reno Brothers Gang.

They haven’t received the fame that other outlaws such as the James Gang or the Daltons have. I know of no good book on them (though there probably are some) and only a couple of Westerns were made about them: Rage at Dawn (RKO, 1955) and Love Me Tender (Fox, 1956) – see our reviews. The movies were, of course, very unhistorical. You’d think that it would be rich material for Hollywood and that there would have been more films. But the gang only operated effectively for about two years. And they weren’t exactly Robin Hoods (none of the gangs was, though some of them pretended to be). They had no favorable press, as Frank and Jesse James did in Missouri, and they were acutely unpopular in their time and in their home state. Maybe it was that, though being nasty types didn’t stop Hollywood making other outlaws into heroes.

They didn’t even appear on Stories of the Century. You’d think Matt Clark would have captured them. He tracked down every other Western outlaw known to man.

There was a documentary in 2013, The Legend of the Reno Brothers.