.
.
Creatures of a bygone era
.
.
There was naturally a poignancy about John Wayne, who had had lung cancer and was soon to be diagnosed with terminal stomach cancer, playing in his final film a gun man or shootist (for Glendon Swarthout, author of the novel, tells us that the word ‘gunfighter’ was never used at the time) who is dying of cancer. But several factors combined to make this not just a good Western but one of the best Westerns of all.
.
.
For one thing, it was arguably Wayne’s finest performance since The Searchers. He is moving, dignified and powerful. His JB Books is less coarse than in the original novel. He throws water on the burning bed, not the contents of the chamber pot, and his language is more refined. Wayne refused to shoot one of his enemies in the saloon in the back, as the novel had dictated that Books do. But he is just as stoical. He states his creed baldly and boldly: “I won’t be wronged, I won’t be insulted, I won’t be laid a hand on. I don’t do these things to others, and I require the same of them.”
.
. 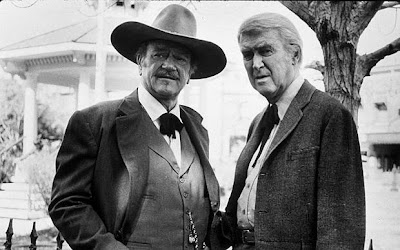 Creatures from a bygone era
.
For another, Lauren Bacall (whose husband Humphrey Bogart had of course also died of cancer) and James Stewart as the doctor (like Duke, in his last Western) provide outstanding support, to the point where you wonder if it was not Bacall’s finest role. Poor Stewart suffered from deafness and couldn’t always hear the directions from director Don Siegel but he and Wayne just laughed, shrugged and did their own thing anyway. Wayne gave Siegel a variation on an old John Ford line, telling the director, “If you’d like the scene done better, you’d better get a couple of better actors.” As a little in-joke, Wayne and Stewart agree in the script that it has been fifteen years since they met: it was fifteen years since they had worked on a Western together, The Man Who Shot Liberty Valance.
.
. 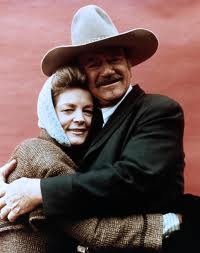 Aaahh…
.
The actors who take lesser parts are extremely good. Ron Howard (one of the boys from The Spikes Gang and future director of the excellent The Missing, and then producer of the 2004 The Alamo and the fun Cowboys & Aliens) as Bacall’s son Gillom, is eager, awed, thrilled to have the famous JB Books in the house.
.
. 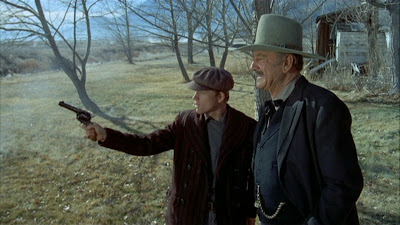 Shooting lesson from the shootist: but will he learn too well?
.
The three bad men Sweeney, Pulford and Cobb, a splendidly malignant Richard Boone, Hugh O’Brian as an Earpish faro dealer and evil dairyman (that’s right, dairyman) Bill McKinney, respectively, are satisfactorily nasty, although it isn’t really made clear what their motivation is for waiting in the saloon.
.
.

The bad guys: Boone, O’Brian, McKinney
.
John Carradine, another Western worthy, as the undertaker Beckum, is crowlike, hovering. Harry Morgan (yet another Western vet) as Marshal Thibido is absolutely superb, playing the part on the edge of farce but never tipping over (that was his forte). Scatman Crother is Moses Brown the livery man (the same name – changed from the novel – as the cook in Big Jake) and Richard Lenz is Dobkins the booted-out journalist. Not many women would have accepted the short part of Serepta, Books’s former lover, now blowsy and coarse and over-made-up, but Sheree North does it splendidly. So, great acting.
.
.

He always looked like an undertaker; now he was cast as one
.
And then the direction. Don Siegel was a competent Western director for most of the time. He worked on 14 Westerns and directed eight full feature films in the genre, from the ho-hum The Duel at Silver Creek(Universal, 1952), a predictable Audie Murphy movie, to Coogan’s Bluff with Clint Eastwood (if you consider that a Western) in 1968, then Death of a Gunfighter (Universal, 1969), a more interesting Western but still, frankly, in the not-great class. Then came two more he did with Eastwood: Two Mules for Sister Sara (Universal, 1969), a spaghetti-influenced “curate’s egg” of a film (good in parts), a sort of Western caper movie in which Clint roves Mexico with a nun (Shirley MacLaine) in 1960s make-up; and The Beguiled (Universal, 1971), more of a Gothic horror than a Western really, though his best to date. Certainly Eastwood had a high regard for Siegel and dedicated Unforgiven to his memory. Probably the best of Siegel’s oaters before The Shootist was his first feature Western, Flaming Star(Fox, 1960), a film with something interesting and important to say on the subject of racism, with a surprisingly good Elvis Presley. Nothing Western, however, came even close in quality to his work on The Shootist. He paced it just right, building the tension, and he elicited outstanding performances from some giants of the cinema and two towering heroes of the Western, Wayne and Stewart.
The Glendon Swarthout novel (read our review here) is a fine one, one of the great Western stories, and Swarthout’s son Miles worked on the screenplay of this film, receiving a Writers Guild nomination for Best Adaptation in 1976. Graham Lord, in the London Sunday Express wrote that “Mr. Swarthout’s climax is a superbly-controlled piece of writing … His prose is gritty and without a trace of sentimentality as he describes the old killer’s last hour as he dresses his feeble, wasted body and says his restrained, unspoken farewell to the gentle widow he might have loved, and sets off — carefully barbered, suit pressed, boots gleaming — to find his last gunfight in a brutal, ghastly and cynically ironic denouement. And yet it is also done with consummate delicacy and Books’ last ride to his final saloon is beautifully described, almost idyllically, as he rides to his chosen end in the warm spring sunshine. There are not many Westerns I would read more than once, but The Shootist is one of them.” In fact, Books is more of a killer in the novel. Swarthout describes the frisson he receives in the act of murder, and the anatomical details of the effect Books’s bullets have on the men in the saloon, forensically described, are unpleasantly graphic and gory. Wayne toned down a lot of it because he was Wayne. He had the right.
.
. 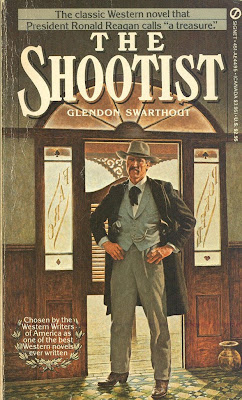 Worth a read
.
The most important change is in the ending. I won’t describe them here in case you haven’t seen the movie or read the book but do both and you’ll see what I mean. I prefer the film’s ending.
The term ‘shootist’ was said to have been coined by the killer Clay Allison to describe what he did. It is my belief that he said it in jest: drawing a comparison with an artist, he was a ‘shootist’. Actually, by that analogy he would have been a gunist or a deathist. But people seem to have missed the humor and thought that a gunman seriously was called a shootist. At any rate the name has stuck, joke or not.
.
. 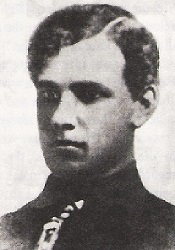 Getting back to the qualities of the movie, Bruce Surtees photographed it and regular readers of this blog, both of them, will know how I feel about the quality of his work. Carson City, Nevada appears in melancholic winter sun. As if that weren’t enough, Elmer Bernstein wrote a moving score.
The action of the film has been changed from the novel’s El Paso to Carson City, perhaps because the location is so authentic for the turn of the twentieth century. Wayne’s horse Old Dollar is written in.
I love the way the movie starts in black & white with very short clips from earlier Wayne movies to illustrate JB Books’s early career (for example, 1871 is from Red River, 1880 from Hondo,1885 is illustrated with El Dorado). Western fans can have fun spotting them.
The movie is set in 1901 and refers to the death of Queen Victoria. We get a sense that an era is over in more ways than one. The ‘Wild West’ has been replaced by telephones, automobiles and dry cleaning. Old shootists like JB Books are dinosaurs, wonderful but fearsome creatures from a bygone era.
The 60s and 70s did ‘end of the West’ rather well. Click here for our essay on that. In some ways the era was the end of the Western, the end of the ‘straight’ Western that believed in itself and packed the theaters anyway, and the subject matter reflected that. A simpler, less complicated time was over. The days of the white hats and black hats were gone. The Western had become post-modern and revisionist and self-questioning. Many people thought no more would be made. Watergate brought disillusion and Vietnam brought doubt in Manifest Destiny. Tales of the decline and end of the Western era were appropriate. Some of them were nostalgic, some were parodic.
You can’t fault this movie and many people would put it in the top ten of best Westerns ever. It’s a moving, powerful drama and one of Wayne’s best.
It looks like a self-conscious end-of-career tribute to Duke, doesn’t it, but in fact it had first been penciled in for Paul Newman, then George C Scott before John Wayne took it, and at the time there was no certainty at all that it would be Wayne’s last picture. But it serves as a fine epitaph.
At one point, Wayne’s character says, “All in all, I’ve had a helluva good life.”
And so farewell, Duke, and thank you. We didn’t all care for your politics and you made a whole load of pretty ropey films. Some of those war films, for example. But you were the Western actor par excellence. You were an emblem, a shining example, a great star. And you could act. Boy, could you act. You starred in some of the greatest examples of the genre ever made, films that will be watched again and again and discovered by each new generation.
.
. 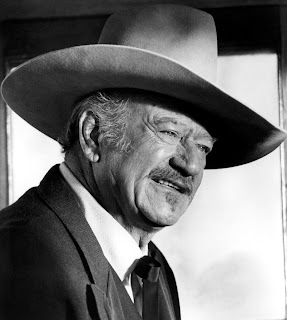