The Sunset of Wyatt Earp

In this tale of Wyatt’s later years, before riding off into the sunset (well, actually, he rides off on a train), Wyatt Earp and his friend Tom Mix solve a murder in Hollywood and prove themselves true Western heroes. In this fun film, written and directed by Pink Panther supremo, the late Blake Edwards, Bruce Willis (Mix) and James Garner (Earp) do a great job. 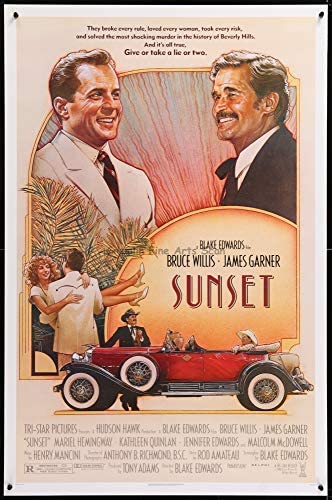 Earp died in LA in January 1929, aged 80, and was quite interested in early Hollywood movies. According to director Allan Dwan, he even appeared as an extra in one. He knew William S Hart and Tom Mix (and even met a very young Marion Morrison, later to be John Wayne) and Mix and Hart were among the pallbearers at Earp’s funeral. Hart included a cameo Wyatt Earp, played by a certain Bert Lindley, in his 1923 silent picture Wild Bill Hickok (now tragically lost).

Garner was 60, not 80, when Sunset was made and is a shade more active than Earp would have been. Tom Mix is portrayed in his prime whereas in 1929 he was a fading star and pushing 50. But this film, like most Westerns, isn’t about the history; it’s about the legend. And really it’s about the legend of Wyatt Earp more than that of Tom Mix. Though top-billed, Willis as Mix gets less screen time. Willis does capture well the 20s Hollywood megastar and does a good Tom Mix (on a good Tony Jr).

It’s a Hollywood parody, a light comedy, a gangster movie, a Western and a murder mystery, all rolled into one, and it’s entertaining as such. Garner had of course played Earp in Hour of the Gun for John Sturges in 1967, so a couple of decades on could be easily identified as an aging Wyatt. At one point in Sunset he smells honeysuckle and reminds us of the scene in My Darling Clementine. The film within the film is called ‘Lawman’ (hope it was better than trashy 1971 movie of that title). It’s a Tom Mix movie about the OK Corral fight. Sadly, there never was one of those.

There are several period depictions, such as the first ever Oscar ceremony in 1929 (actually Wyatt Earp died just before that but never mind). There’s a slight reference to the death of Thomas H Ince, the ‘Father of the Western’, who may (or may not) have been murdered on a yacht. There are various other references – you’ll spot them.Malcolm McDowell is an ex-Chaplinesque star become sinister movie mogul. Mariel Hemingway is decorative as a brothel madam in male attire. Hemingway said, “The movie sounded a little chaotic, but it had a secret weapon: it was directed by Blake Edwards … I couldn’t pass up the chance to work with him.” Patricia Hodge is classy as the mogul’s wife. I liked Richard Bradford as the corrupt LA police captain, vaguely Johnny Behan-ish one might think, and M Emmet Walsh as the overweight, sweaty studio police chief.

The pardners – the real Western hero and the reel one – get to take part in a real gunfight at a real isolated ranch, with Mix telling Earp “I wish there was a camera here,” before drawing a real gun. 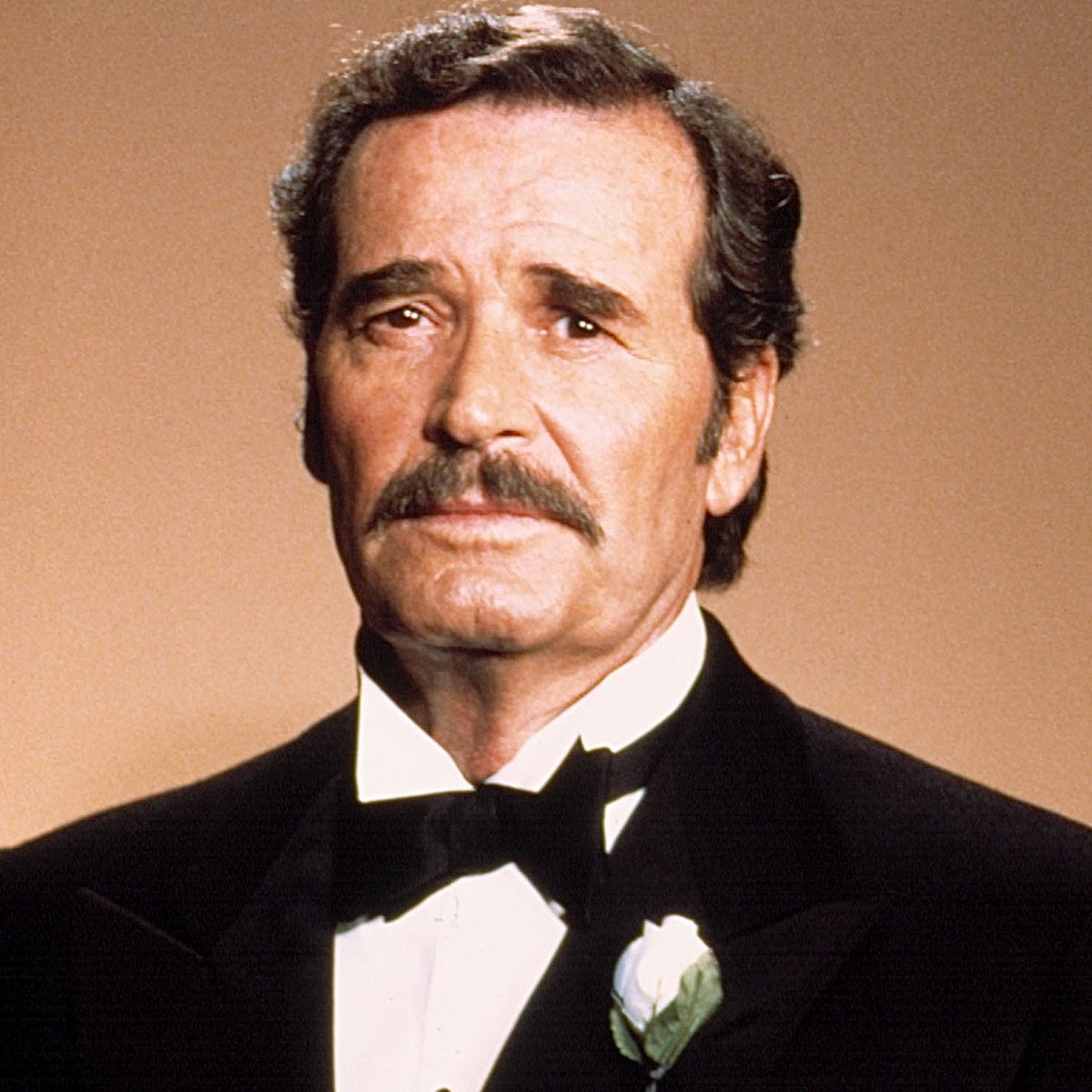 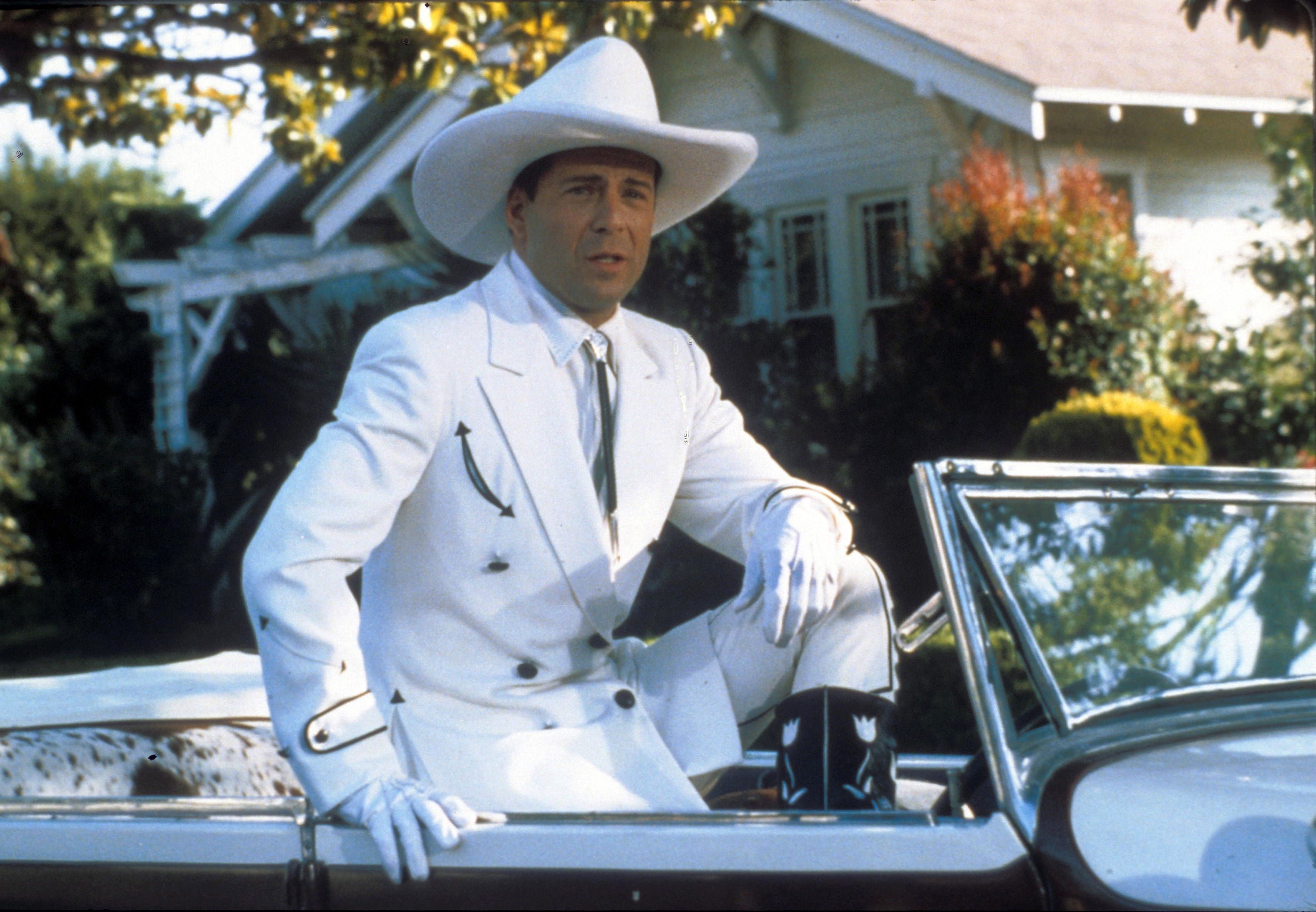 In reality, despite the on-screen friendship, it apparently wasn’t too amicable a relationship on the set. After filming, Garner said he would never work with Willis again. “Willis is high school. He’s not that serious about his work. He thinks he’s so clever he can just walk through it, make up dialogue and stuff. I don’t think you work that way.”

Curiously, perhaps, Mrs Earp, Josephine, doesn’t appear at all. It’s as if Wyatt is solo.The script does have something interesting to say about the alternate exploitation and deflation of public images, which both Earp and Mix underwent.

There was quite a little flurry of movies about movies, pictures which rendered affectionate homage to the Western, such as Callaway Went Thataway, Slim Carter and Hearts of the West. They aren’t Westerns as such but they are about Westerns, and very enjoyable.

Not everyone was enthusiastic. Roger Ebert, on the picture’s release in April ’88, said, “The strangest thing about Sunset is that it’s not a comedy, not exactly. It has some laughs, but it’s a sort of low-key, elegiac mood film in which Hollywood seems like a vaguely disappointing place. The movie was written and directed by Blake Edwards, who is a master of sustaining a film’s energy level, but this time he doesn’t seem willing to turn on the juice. After two manic comedies in a row … maybe he felt like dialing down, but the result is a movie that’s long on atmosphere and yet somehow keeps its distance.” Ebert was also a bit down on the acting: “There’s another problem, and that’s with the casting. Garner makes a charming and effortless Earp, staring down gangsters and maintaining his dignity in the midst of the Hollywood shuffle. But Willis is simply not right as Mix. He’s too matter-of-fact, too offhand and informal and friendly, when what might have worked better would have been a bigger-than-life caricature. I don’t know what Mix was really like and I don’t much care, but I wish he’d been more of an electric horseman in this movie.”

Hal Hinson in The Washington Post was very dismissive, though praised Garner: “This may be the most solid work he’s ever done in the movies … watching him, you may think you smell a trace of sagebrush.”

Sunset was a box office failure, making only $4.6 million domestically on its $19m budget.

More recent opinions are also often negative. Film critic Robert Horton called it “… a moribund movie made by a collection of people who have an abundance of talent. How does a movie like this go wrong?” He laid the blame squarely on Edward’s poor direction, saying “Edwards seems to have lost his verve. Sunset crawls along with little conviction or life.”

The 1989 Razzie Award for Blake Edwards as Worst Director and nomination of Mariel Hemingway for Worst Supporting Actress, was pretty harsh, I thought.

I personally like it. It’s lightweight stuff, really, but none the worse for that. And there are some great cars in it.

It was Wyatt Earp’s only big-screen outing in the 1980s, but he’d sure be back in the following decade – as we shall see.