The Assassination of Jesse James by the Coward Robert Ford (Warner Bros, 2007)

The Western as art film

After no big-screen Westerns about Jesse James at all in the 1990s, we have already had three in this century. Two of those have been close to awful, but the 2007 one was not only a superb film – perhaps in a way more of an art film than a Western, though I don’t see why a picture can’t be both – but arguably the best screen Jesse James there has ever been. 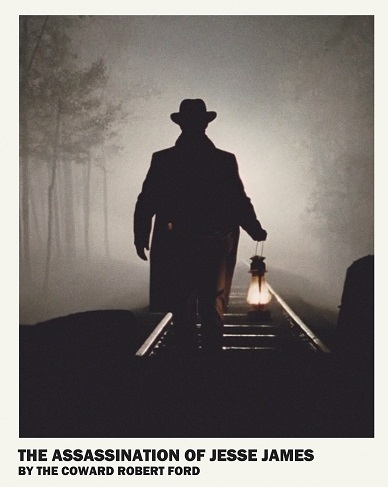 Visually, this film is without doubt one of the finest Westerns ever made. Photographed by Englishman Roger Deakins in Alberta (with some in Utah), it features wind in waving grass and wheat, chiaroscuro and time-lapse skies. It is luminous, and each shot is framed as a work of art. You are left with a sensation of cold and bleakness. Episodes such as the locomotive’s headlight piercing the trees before the train hold-up remain in the memory, and Deakins has called it one of the high points of his career. 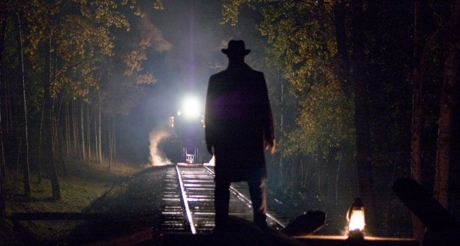 There is a dream-like quality to many of the scenes and often an appropriately noir-ish look. Some of the frames are blurred at the edges to resemble old photographs, and there is a lot of brown and black, not in a kitschy nostalgic way but to create a subtle impression. 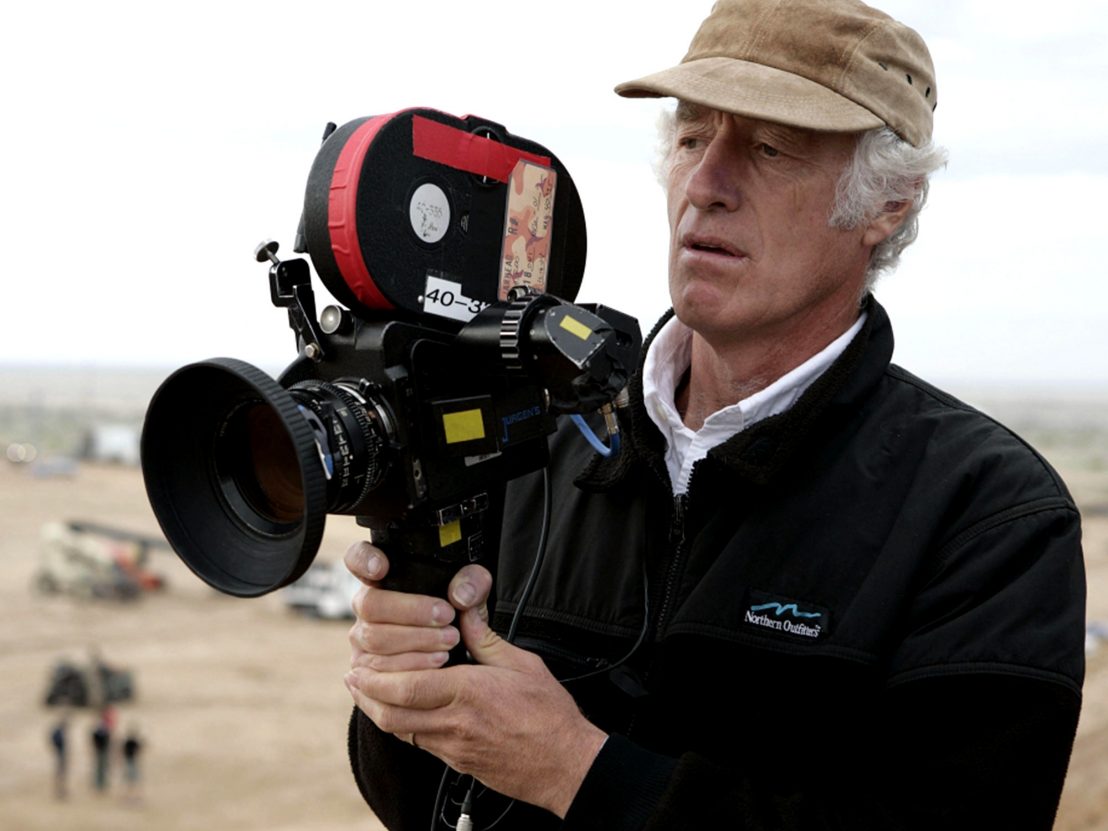 Mr Deakins, who had already done some fine work, notably for the Coen brothers (think of Fargo or No Country for Old Men), was clearly influenced by the work of Andrew Wyeth (1917 – 2009), the American painter and masterly interpreter of Americana. This is especially true of the scenes of characters in long, wind-swept grass. The photography was nominated for an Oscar, with perfect reason.

The visual beauty is accompanied by a fine score, by Australian musicians Nick Cave and Warren Ellis. It is dark, melancholy, slightly ‘folky’. They had also worked on The Proposition, a film I admire. Nick Cave has a minor part late in The Assassination as the strolling minstrel in a saloon who sings The Ballad of Jesse James, to the chagrin of one of the customers at the bar, Bob Ford. The Cave/Ellis 2009 album White Lunar contains some of the music from the film. There is by now a considerable library of songs about Jesse James, and these deserve to be included. 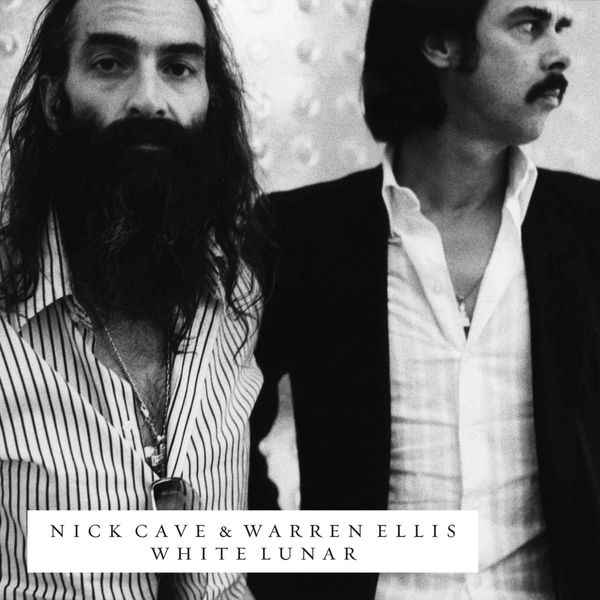 I make no apology in starting with the look and sound of this film. It’s what strikes you most and stays with you.

It seems to me quite extraordinary that New Zealander Andrew Dominik could create such a great film, and a great Western, with such a short track record. He had only directed one movie, Chopper in 2000, about an Australian criminal. Yet The Assassination of Jesse James… is the work of a consummate artist. The pacing of it is masterly. Not being an action ‘Jesse James shoot-em-up’ at all but rather a study in gradually-growing paranoia, and being long (160 minutes in most cuts), it could have dragged. It doesn’t. It builds (and builds) tension instead. Those critics (and there are some) who call it too long and too slow have really missed the point, and missed an essential quality of the film.

In some ways it is not a Western at all, or if it is, it is the psychological Western par excellence, for there is no action in the classic sense. The violence, when it comes, is brutal, sudden and horrible. It is more of a Victorian murder story. There are no Stetsons and stagecoaches. The policemen have helmets and the plain clothes ones wear bowlers. We could almost be in London.

The story concentrates on less than a year, from the Blue Cut train robbery in September 1881 to the shooting of Jesse in April 1882, with an epilogue of the Ford brothers’ later career and deaths.

There are three outstanding actors: Brad Pitt as Jesse, and Casey Affleck and Sam Rockwell as Bob and Charley Ford. Affleck was also nominated for an Academy award but any one of the three could have been. Between them they create an electricity. Pitt is psychotic, and as the voiceover says, merry, moody, fey, unpredictable. The sense of authority he conveys and the sheer menace, the fear he creates in the others, is remarkable.

Hints of homosexuality have accompanied Jesse James before. One thinks of scenes in I Shot Jesse James (you can compare the bath scenes) and The Great Northfield Minnesota Raid (where there’s also a bath). I’m not sure why this is added. Did it make Jesse more ‘different’, or even more dangerous? It wouldn’t nowadays but maybe it did then. In a way, though, there is no relationship between Robert Ford and Jesse James. Dominik said, “Each is shaping a reality to suit his desires and anxieties, and they really do not connect with one another.”

The notion of suicide by Jesse James is also more than hinted at. The scene on the ice, in particular, reinforces it. When Jesse takes his guns off in the house, he announces ponderously why he is doing it (and Pitt delivers the line superbly) and equally deliberately turns his back and mounts the chair to dust the picture. This too is not the first time this has been suggested. 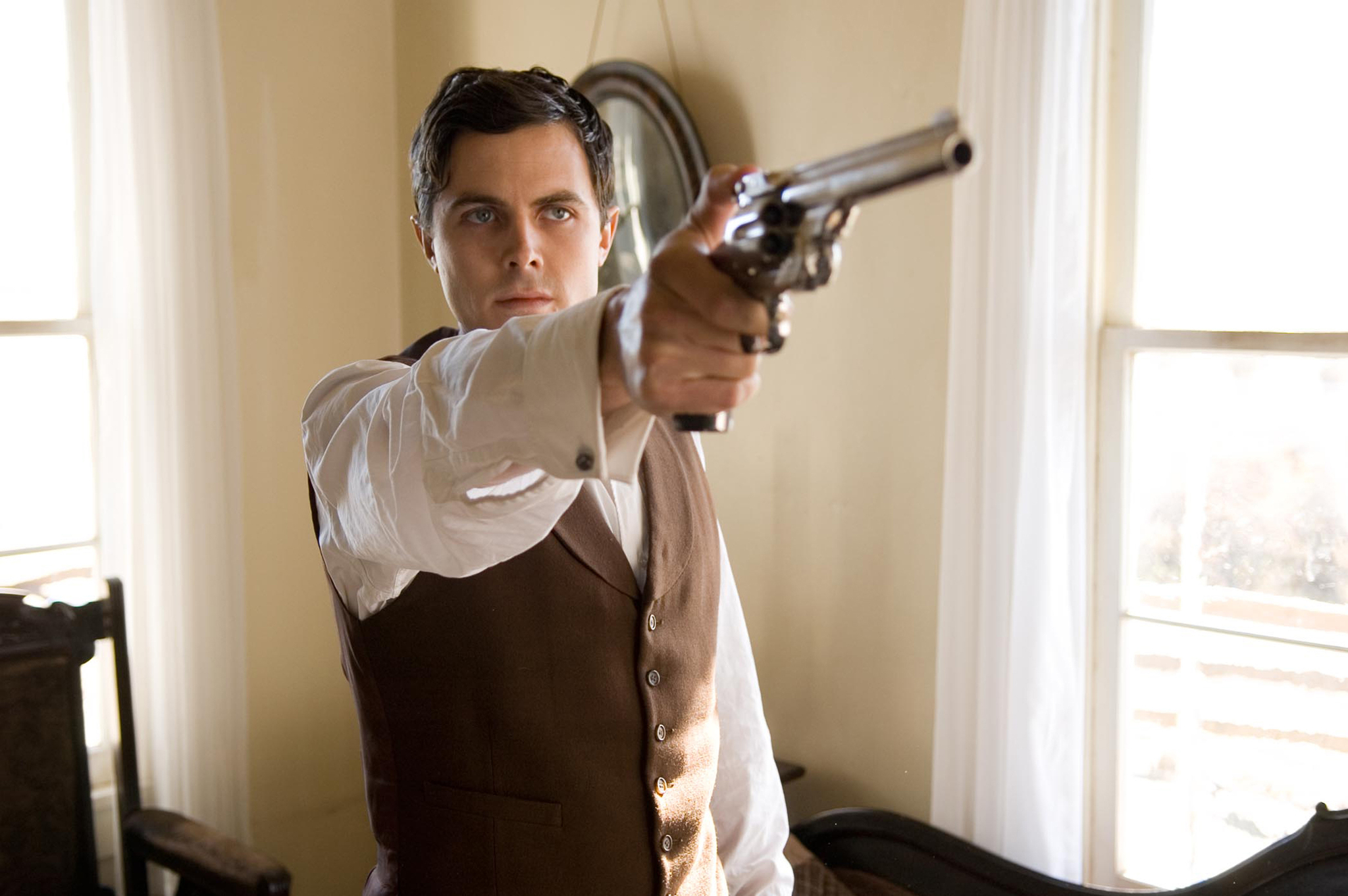 The Ford brothers’ motivation for their assassination (for it was an assassination) was obviously pecuniary but it was equally obviously something else. Pitt, Affleck, Hansen and the film makers clearly understood this. Roger Ebert offered the opinion that “Casey Affleck plays the kid like [John Lennon’s murderer] Mark David Chapman, a nobody killing the one he loves.”

Brad Pitt grew up in Missouri, for what that’s worth, and while I’ve always thought him a good actor, I reckon this performance could be his best to date. Pitt said of Jesse James, “He certainly was coming from a place of paranoia, most of it justified. I’d argue that the paranoia consumed him and certainly was responsible for a lot of his erratic action.” 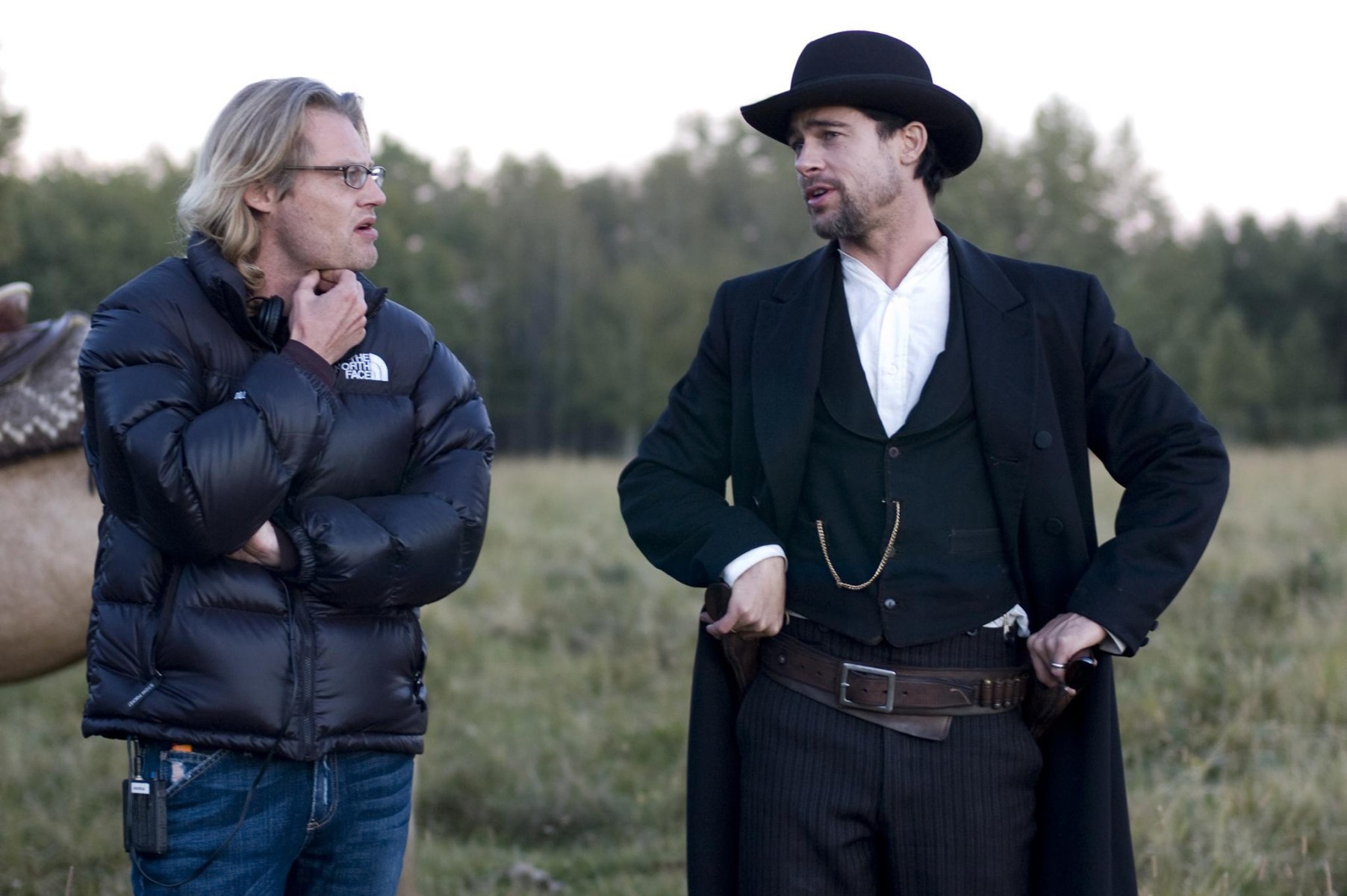 It would perhaps be churlish to criticize such a long film (one version Dominik and Ridley Scott put together had a running time of three hours + and a four-hour version was screened at the Venice Film Festival) for not developing character but I wish Frank James had figured more. Sam Shepard (outstanding – his best ever part?) is cranky, sour, bitter. We want to know more.

There was an age issue, in that Frank James was in his late 30s at the time of Blue Cut and Jesse in his early 30s, whereas Shepard was in his mid-60s and Pitt was 44, but this has never worried me. Many actors have been the wrong ages. Frank is the disillusioned older brother and Shepard did just fine at that.

And I think the women were just adjuncts. They are peripheral. You could argue that they were peripheral in Jesse’s life and they were in society in 1880s Missouri. Both were very male affairs. But I thought more could have been made of the part they played in the drama. Zee (Mary-Louise Parker), in particular, emerges from the Ron Hansen book as a person who deliberately suppresses her worries about Jesse’s criminal career and chooses to live in ignorance. She’s an interesting character. This doesn’t really come across in the film. Parker does a fine job but her role is barely more than a cameo.

Another criticism might be that unless you have read the book (the outstanding 1983 novel, by Ron Hansen, also an associate producer) you are not always quite sure who these characters are: Wood Hite, Ed Miller, Dick Liddil. Why are they afraid (as they so clearly are) and why, exactly, are they killed? It’s a complex relationship and history which Jesse-freaks like us understand by now and those who have read the book will too, but I must admit that on first viewing of the film I came away from the movie theater with very positive impressions, yes, but rather mystified as to plot. The movie needs multiple viewings. It’s sure got them from me. 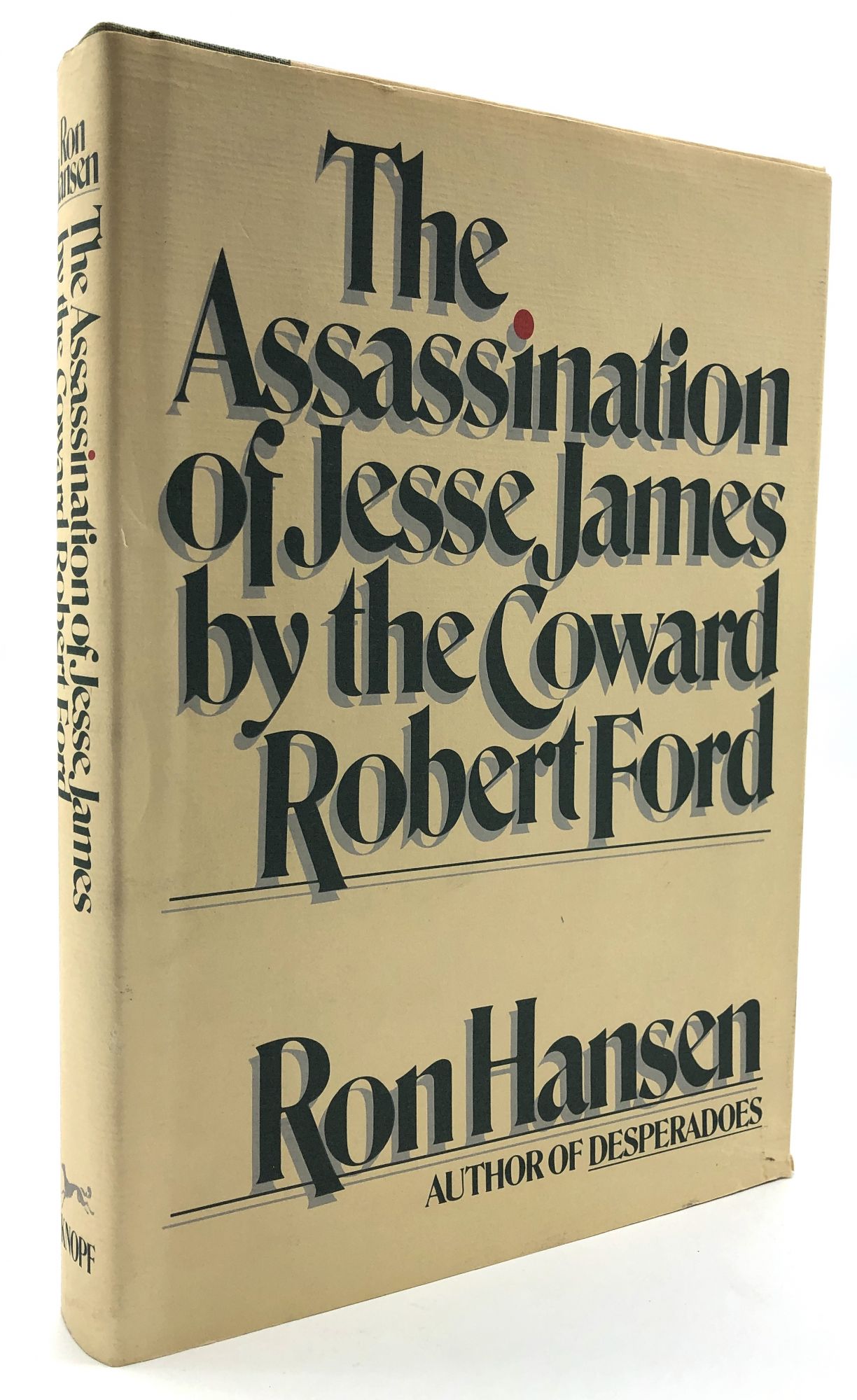 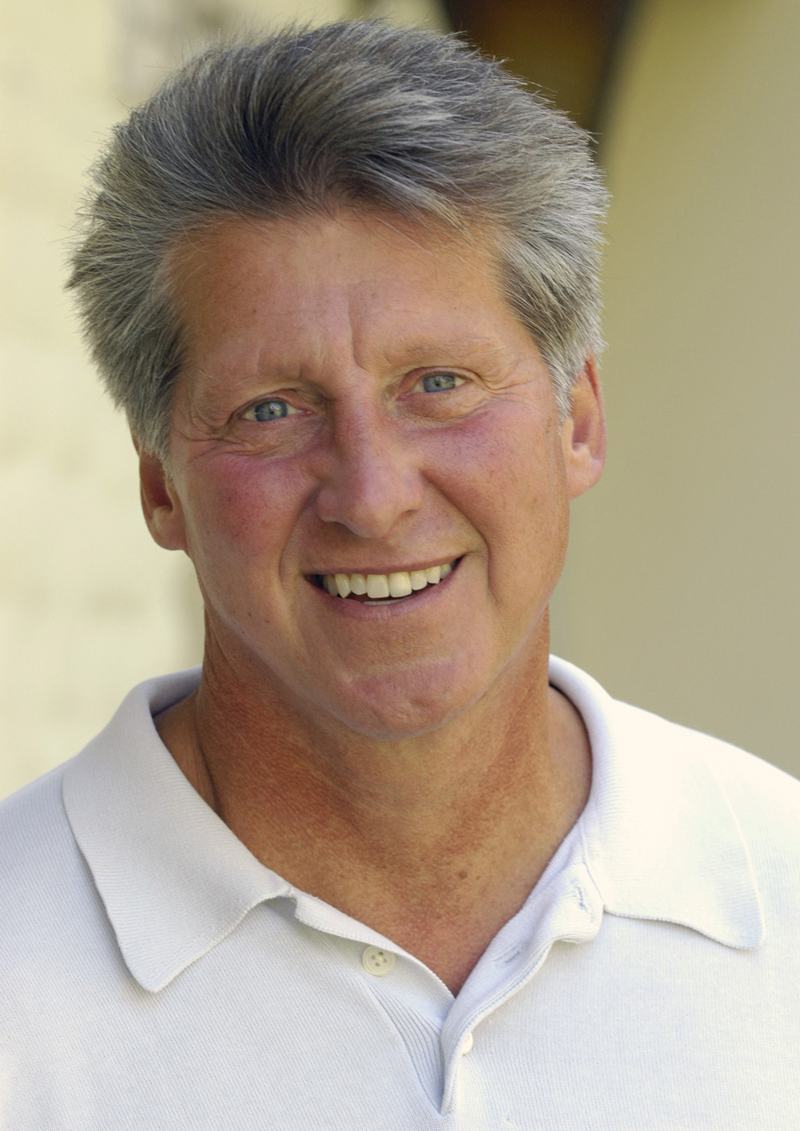 Hansen understood the importance of the James brothers, not so much in themselves (they were just Missouri hoodlums, really) but as icons, to use an overused metaphor. Hansen said, “When I was starting to write the book, one of my colleagues said that the 19th century had really been influenced by two James families, [philosopher and psychologist] William and [novelist] Henry James in the East and Frank and Jesse James in the West. They shaped American consciousness.”

The picture cost $30m to make (the town of Creede, Colorado recreated in Alberta alone cost a million dollars) and according to The Numbers website the film was only the year’s 214th grosser, making $3.87m, so that was a disappointment. It’s made more money since (I have seen the figure of $15m mentioned) but you’d hardly call that a profit. So commercially it was not a huge success, to say the least.

Critically, reviews were mixed on the picture’s release and subsequently too, it seems to have become a movie you love or hate but not much in between. I’m in the love category, as I have by now made clear, but the Fresno Bee (essential reading for all of us, no doubt) talked of its “bleached out dreariness and lethargic pace” and the Detroit News said, “One thing you’re not supposed to do during a Western is doze off.” I don’t know about that. I once, to my wife’s annoyance, nodded off in a James Bond film. Manohla Dargis in The New York Times said, “The lachrymose new film The Assassination of Jesse James by the Coward Robert Ford adds another gauzy chapter to the overtaxed James myth, if not much rhyme or reason, heart or soul.”

But the Chicago Tribune called it “the oddest major studio release of the year, and one of the most admirable.” USA Today said it “seamlessly melds a probing character essay with a lyrical Western epic.” I reckon USA Today nailed it.

Variety called it “A ravishing, magisterial, poetic epic that moves its characters toward their tragic destinies with all the implacability of a Greek drama” and said, “The Assassination of Jesse James by the Coward Robert Ford is one of the best Westerns of the 1970s, which represents the highest possible praise. It’s a magnificent throwback to a time when filmmakers found all sorts of ways to refashion Hollywood’s oldest and most durable genre.”

Certainly the best Western since Unforgiven, this is a landmark in the genre. It harks back to Unforgiven in some ways, and to McCabe & Mrs Miller. They are dark (in every sense), tense, psychological Westerns, visually striking (all three were shot in Alberta, in fact) and with a sense of brooding menace and coming violence. 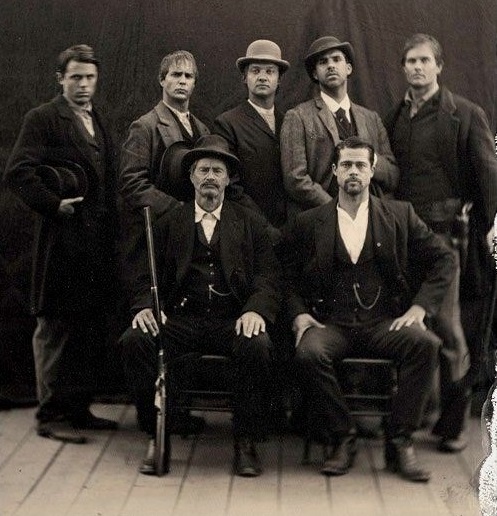 Just when we thought that the whole mine of Jesse James cinematic treatment had been exhausted, that there was nothing new to say, along comes this masterpiece. This is the future of the Western. This is how they should be in this century.