Heston Westerns – the end of the trail

Today we’ll wrap up our Chuck-o-rama. Charlton Heston last led in one as a bitter and disappointed trapper in The Mountain Men, filmed 1979, released 1980 – click the link for our review. He was already then in his mid-fifties. After that there were three more Western outings – sort of.

In 1993 he had a cameo as tough pro-Earp rancher Henry Hooker in Tombstone, which we reviewed last August as part of our Wyatt Earp season, so click the link for that one. It was a short part, as cameos are, but he carried it off well.

The following year he narrated a TV movie version of James A Michener’s Texas, billed as “the highest budget direct-to-video movie ever produced”.  It was directed by Richard Lang, who had helmed The Mountain Men, so that might have explained why Mr Heston was invited to narrate, though it also explained why Texas wasn’t very good. 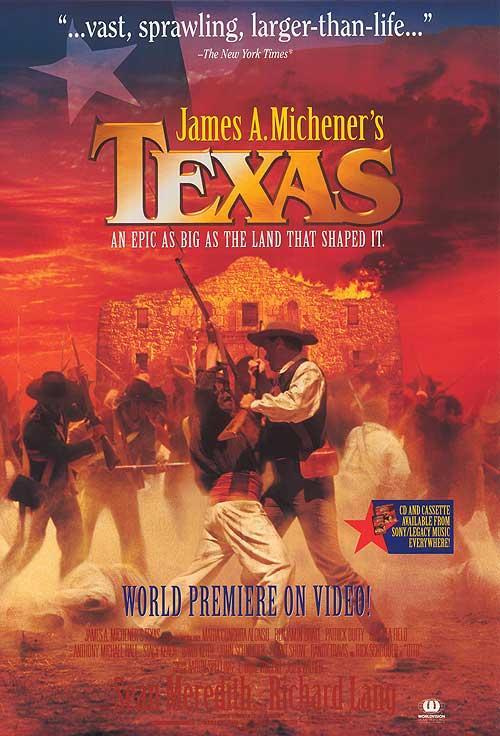 And finally, in 1995, Chuck did another cameo, once more on TV, as Brigham Young, in Hallmark’s Mormon tale, The Avenging Angel, about Porter Rockwell, played by the great James Coburn (co-star to Heston on The Last Hard Men). We reviewed that back in 2013; so click the link to read more. Or, to save time, here’s the gist of what I said: “No surprises, nothing remarkable really. And all a bit bland. As Sorbo says, “It’s Hallmark. You can’t be too explicit.” It’s pleasant enough escapism, I suppose, 81 minutes of Westernism. The acting is competent. The scenery’s quite nice (California) although far from remarkable. Some of the photography by Maximo Munzi is decent. The music (Joe Kraemer) is unnoticeable, which can be a blessing. And I guess it does sort of think about where the line between justice and vengeance lies. Sort of. You’d have to be a Western junky actually to buy it, though. Which is why I saw it, of course.”

And Charlton bid farewell to our noble genre. He went on appearing in movies until the 2000s. In April, 2010, he was inducted into the National Cowboy and Western Heritage Museum’s Hall of Great Western Performers, where there is now a statue of him, as Will Penny. He developed Alzheimer’s and died in 2008, aged 84. 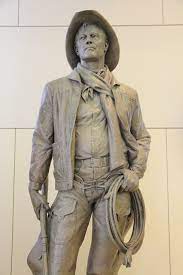 What can we say? Well, he was good in William Wyler’s The Big Country (1958), which he did not lead (that was Gregory Peck) and he was outstanding as the beat-up no-hope cowboy Will Penny (1968) in the film of that name, a very fine Western.

Another ‘big’ picture was Paramount’s The Far Horizons (1955) when he starred as Lt William Clark, to Fred MacMurray’s Capt Meriwether Lewis, but that was a stodgy bore directed by dull Rudolph Maté and was only really about a silly invented romance. His first few Westerns, The Savage (1952), Pony Express and Arrowhead (both 1953) were ordinary at best and in the case of Pony Express, in which Chuck played an extremely improbable Buffalo Bill, downright bad. Three Violent People (1956), Maté again, wasn’t much better.

Sam Peckinpah’s Major Dundee (1965) was either a great work of art cut to ribbons or, in the original cut, an overlong self-indulgent picture far from the director’s best, according to your point of view, but in either case Heston had the lead as Dundee, even if having to stave off every effort to be upstaged by his co-star, the ham Richard Harris.

The Last Hard Men was a 1970s Western (with all that implies) that wasn’t very good, despite the writing, and The Mountain Men was poorly directed and written.

So it isn’t the most glorious Western career. We’re not talking Peck, Fonda or Stewart here. And considering Heston was such a gun-loving action man and his career spanned the glory days of the Western, he did surprisingly few oaters. He led the cast in only eight features in the genre and altogether participated, even including narrating TV movies or whatever, in only thirteen. 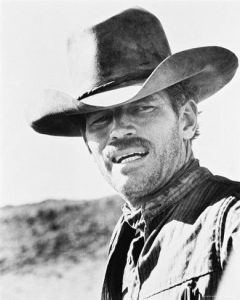 Still, ne’ertheless, Charlton Heston was a figure in Western movie history and he merits our attention.He deserves that statue if for nothing else than that he understood the importance of the hat. Talking of the Stetson he wore in Will Penny, he said,

“Hats are very important. I used that hat in about four Westerns. Then someone stole it on me. Wish I could find him. I’d kill him. You get a good hat, you gotta hang on to it.”

Quite right too, Chuck.

And for me, for Will Penny alone, he deserves his place on the Western Mt Olympus, probably somewhere up in the Rockies. 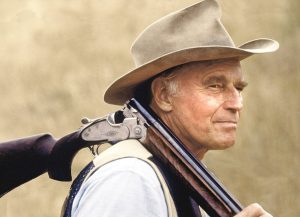 Next time, on to other (equally crucial) matters!